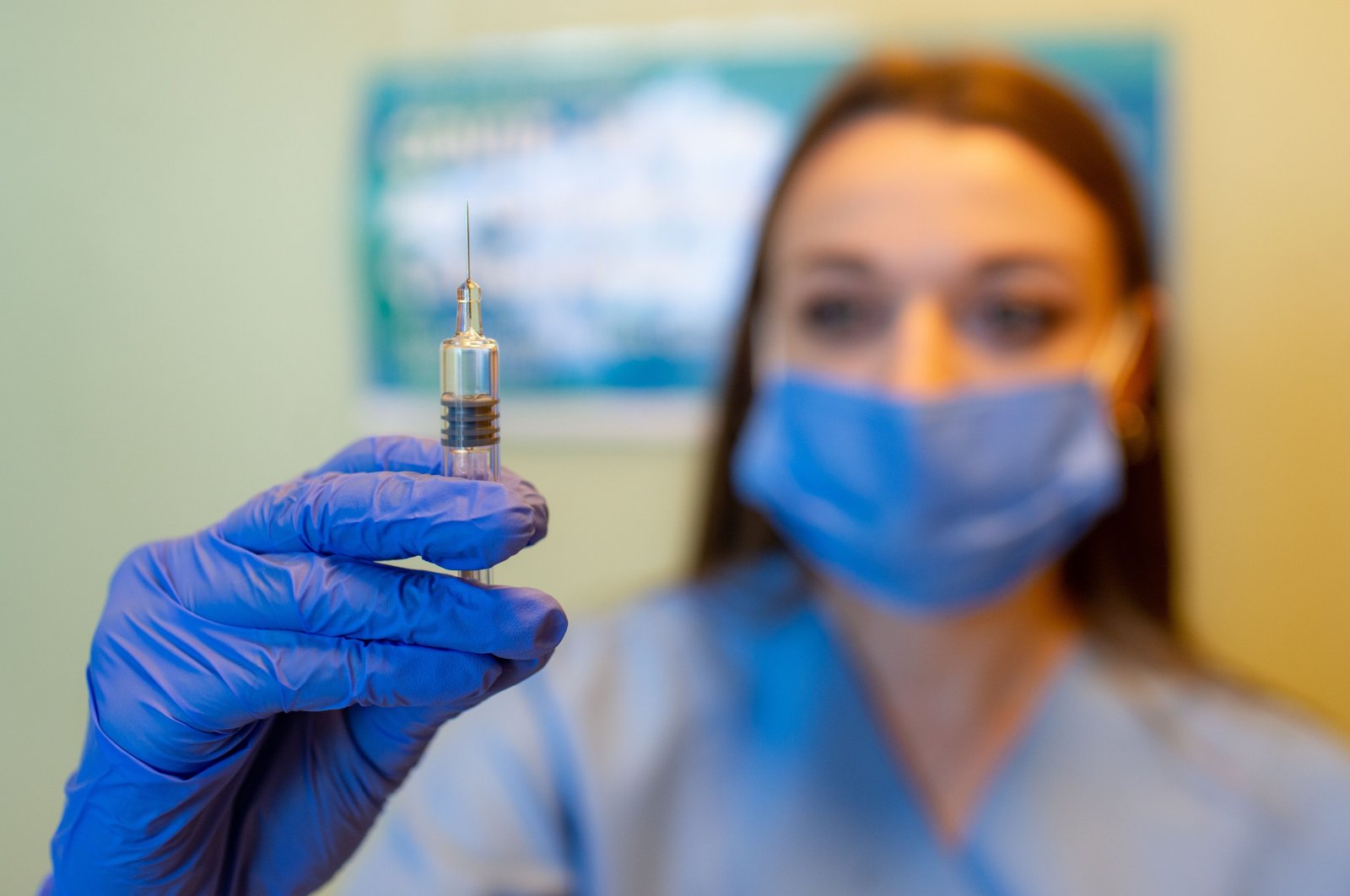 A health worker administers a dose of Sinovac Biotech – a potential vaccine against the COVID-19 – during the 3rd phase trials at the Acıbadem Hospital in Istanbul, on Oct. 9, 2020. (AFP Photo)
by Anadolu Agency Oct 09, 2020 8:35 pm
RECOMMENDED

"The subjects will be given the first dose after being kept in quarantine for five days, undergoing all necessary examinations," Fahrettin Koca said at a news conference in the southern province of Adana.

On the virus situation in Turkey, the minister urged the public not to let down their guard and continue following COVID-19 safety rules, adding that the number of virus cases was dropping in all Turkish cities except Istanbul.

He asserted that Turkey has proven that it has an exceptional public health system, with its success during the pandemic also being hailed as an example by the World Health Organization (WHO).

"Our state is carrying out this fight with great success. We are one of the countries that are on the way to getting out of this crisis with the least damage," Koca added.

He said the overall occupancy rate for hospital beds in Turkey was currently 48%, with 68% for intensive care capacity being used, as well as 31% of ventilators, adding that Turkey had a total of 11,800 filiation teams and 35,400 filiation personnel – more than the number of doctors engaged in the fight against COVID-19 in many countries.

The patient count to date now stands at 332,382, with recoveries totaling 291,754, according to ministry data, while some 115,295 more COVID-19 tests were performed over the same period, bringing the overall tally to over 11.4 million.

The death toll from the virus reached 8,722, with 55 more fatalities.

Across the world, COVID-19 has claimed more than 1.06 million lives in 188 countries and regions since last December. The United States, India, and Brazil are currently the worst-hit countries.

More than 36.69 million cases have been reported worldwide, with recoveries of over 25.5 million, according to figures compiled by the U.S.-based Johns Hopkins University.