Turkey raises profile to be a polar power with expeditions 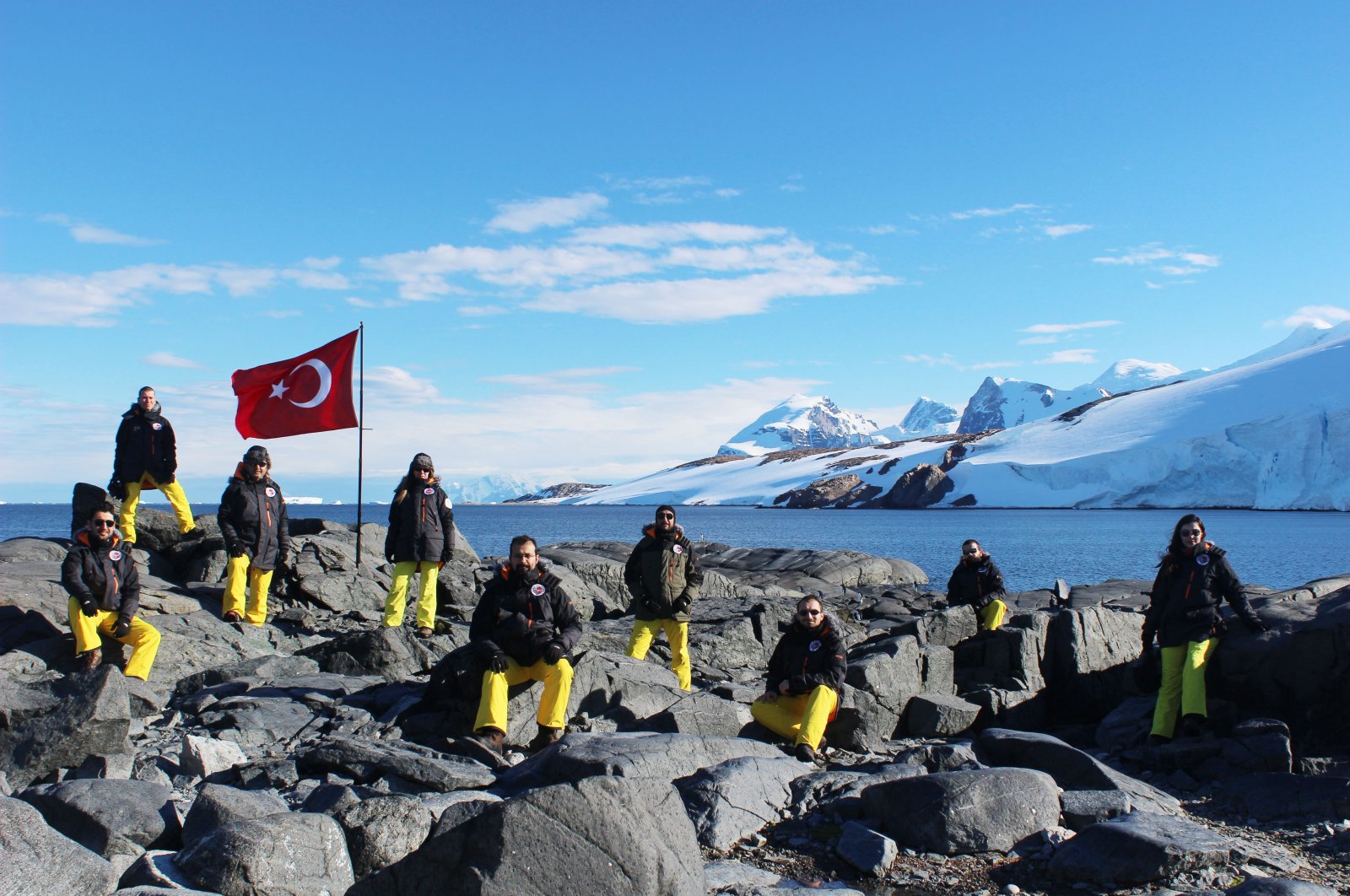 Turkish scientists pose next to a Turkish flag in this undated photo from their first Antarctica expedition in 2016. (İHA Photo)
by Anadolu Agency May 21, 2020 12:09 pm
RECOMMENDED

Over the years, Turkish scientists have undertaken numerous studies and expeditions in both Antarctica and the Arctic in a bid to make the country a polar power.

"Turkey carries out more effective projects to undertake polar research every year with its increasing power both in the region and around the globe,” Burcu Özsoy, head of the first Turkish Polar Research Center (PolRec) at Istanbul Technical University, told Anadolu Agency (AA).

Citing Turkey's various expeditions, she said it is now "inevitable” that Turkey will be a polar power.

"In 2019, the Turkish Arctic Scientific Expedition established its first polar base in Antarctica. In its Antarctic expeditions, Turkey hosts several countries as a guest researcher and provides logistics and scientific support to foreign countries in both polar regions if necessary,” said Özsoy.

Before Turkey established its temporary research base on Horseshoe Island in Antarctica in 2019, its scientific team was supported by Ukraine’s Vernadsky station.

"The feasibility studies regarding establishing a permanent base in Antarctica are in the final stages. If everything goes as planned, our goal is to operate the science base in the 100th year of our republic,” Özsoy added. Turkey was declared a republic in October 1923.

Since 2016, Turkey has accelerated its scientific investigations in the pole. It is believed that expeditions and further research will help the country’s scientific achievements.

In April 2016, the first-ever Turkish team of researchers that included 14 medics, botanists, geologists and oceanographers from seven universities traveled to Antarctica to study the impact of climate change.

Özsoy, who is also the director of the Polar Research Institute of Scientific and Technological Research Council of Turkey, said the Turkish team carried out projects on poles, especially to figure out climate change and its effects on the environment. "While carrying out our studies in the Arctic, the team discovered a new type of bacteria. The team conducted its projects in line with an environmental conscience,” Özsoy said.

Eight scientists, who were part of the first Arctic Scientific Expedition, worked on 16 projects, achieving the goal while leaving behind the minimum environmental impact.

The team also did not leave any waste in the area. "They instead collected the waste they found in their vicinity,” she added. Özsoy, who led Turkey's three Antarctic expeditions, said Turkey has carried out more activities in Antarctica over the past few years than many other countries who were active in the region for over a century.

Başar said Turkey’s expeditions were aimed at adding to the scientific findings to help humanity.

"We have been observing the glaciers on Horseshoe Island for over four years. We regret to say that these glaciers were subject to a great melting, especially in 2020,” Başar stressed, adding that the results of global warming are seen at the poles.

Özsoy said the polar regions are information houses about the world’s history, like an almanac.

Referring to the natural resources in poles, Özsoy said the Arctic has nearly one-third of the world’s hydrocarbon reserves. The melting of Arctic glaciers has created a new route for sea transportation. "Since the existing sources are decreasing, we understand the importance of polar regions. Antarctica also has rich potential in copper and iron," she said.

Başar, the leader of the 2020 Antarctic Science Expedition, said Antarctica has a huge potential for krill harvesting.

Krill, a small crustacean, is a rich source of protein and omega-three fatty acids, which are used as dietary supplements or oil capsules for livestock and pet food.

"It is known that the Turkish fishing fleet carries out hunting activities in many parts of the world. Krill harvesting would be an important source of income for Turkey,” Başar stressed.

As the Arctic is generating interest around the world due to its promising commercial opportunities, Başar said some Turkish firms have carried out significant projects related to the construction and gas industry in the countries bordering the Arctic.

"Turkey should upgrade its observer status in Antarctica to become one of the decision-maker countries. Turkey will reach its goal by increasing its scientific power in Antarctica,” Başar said.

"In Antarctica, where science is a priority, Turkey is more likely to become a polar power, but there is still a lot to do,” he said.

Currently holding observer status, Turkey acceded to the Antarctic Treaty in 1996. The treaty was signed in Washington by 12 countries in December 1959.

As many as 54 countries have now signed the treaty, but only 29 have consultative status, which enables them to participate in decision-making about Antarctica.

In 2015, Turkey applied to become an observer to the Arctic Council, which was established in 1996 to promote cooperation, coordination and interaction among the eight Arctic states, including Canada, Denmark, Finland, Iceland, Norway, Russia, Sweden and the U.S.