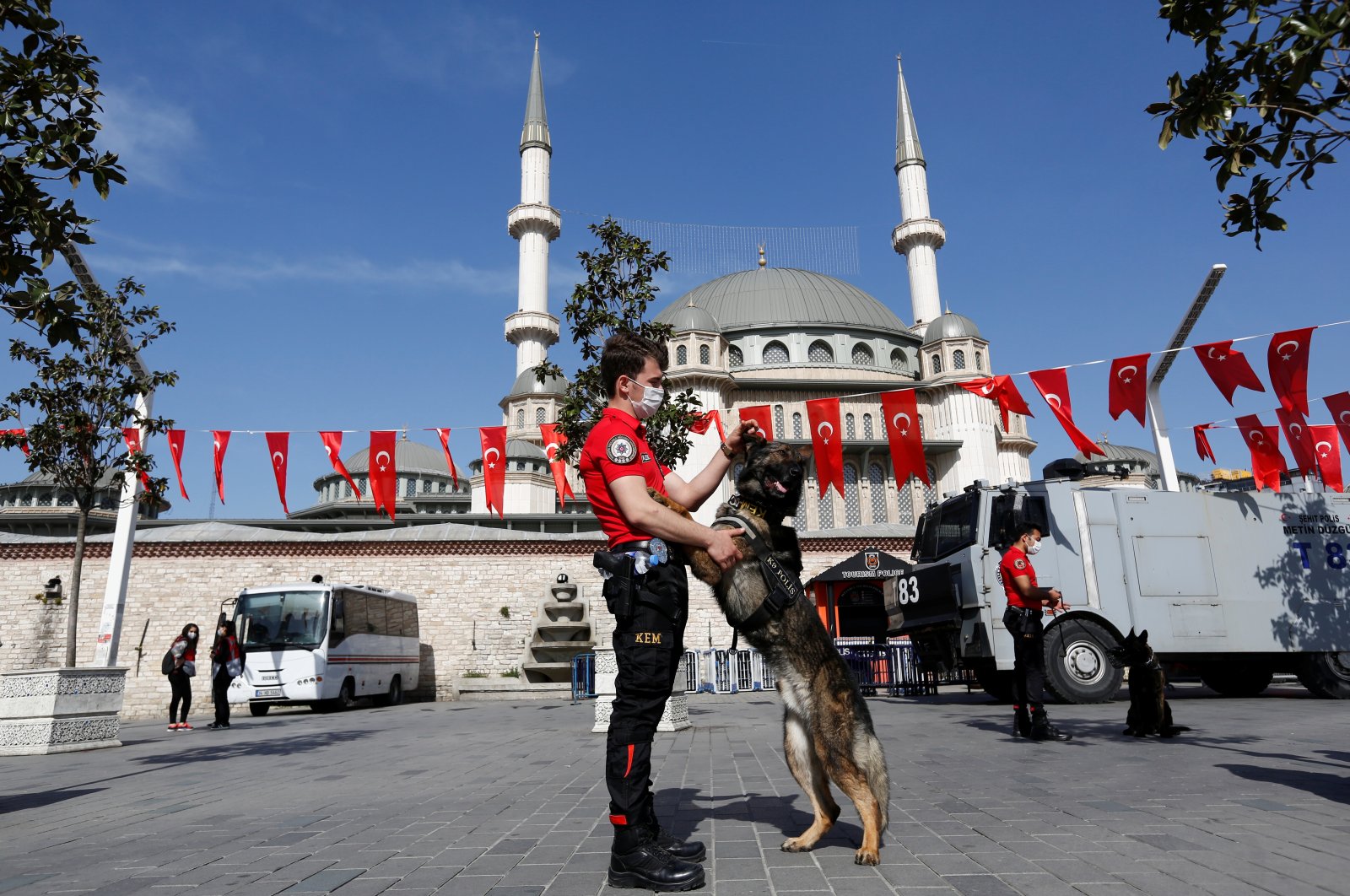 A member of the Turkish Police Dog Training Center plays with a K-9 dog at Taksim Square during a nationwide "full closure" imposed to slow the rate of the coronavirus contagion, in central Istanbul, Turkey May 1, 2021. (Reuters Photo)
by DAILY SABAH May 02, 2021 7:37 pm
RECOMMENDED

Despite a widespread vaccination campaign, the country has been struggling to contain skyrocketing infection numbers in the past weeks.

With Sunday’s figures, the total coronavirus cases since the outbreak’s beginning in the country reached 4.8 million, while the total death toll stood at 40,844.

The data showed more than 240,000 COVID-19 tests were conducted in the country over the past 24 hours.

For recoveries, 75,182 patients were declared recovered by the ministry, bringing the total figure to 4.48 million.

Ankara is expected to announce either new restrictions or the continuation of current measures next week following a Cabinet meeting.

On April 29, Turkey implemented one of the strictest lockdowns since the first wave of the COVID-19 pandemic hit the country in March 2020.