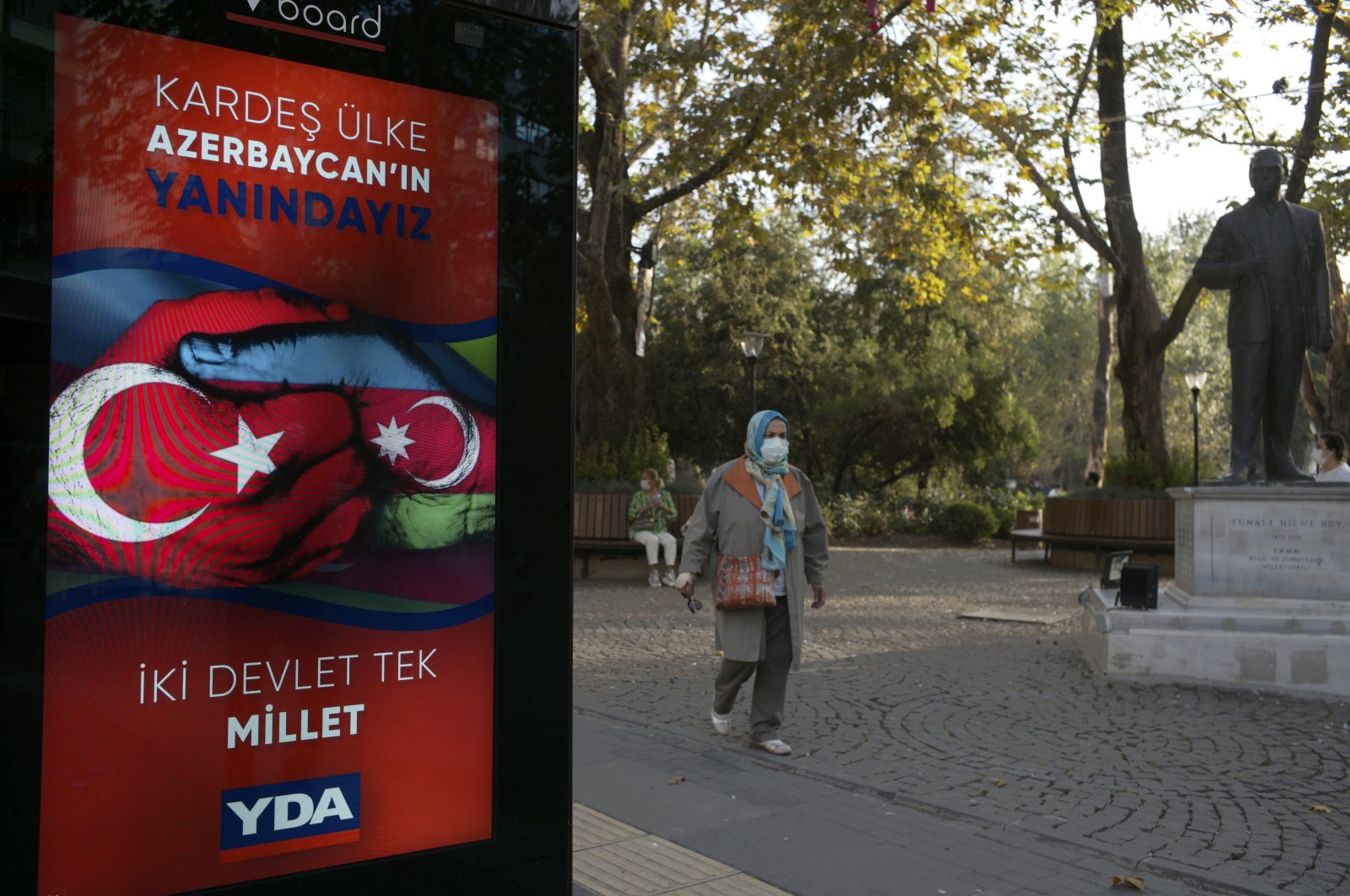 A woman wearing a mask to help protect against the spread of coronavirus, walks past a billboard reading, "Turkey and Azerbaijan, two states one nation," in Ankara, Turkey, Monday, Oct. 12, 2020. (AP Photo)
by DAILY SABAH Oct 18, 2020 7:43 pm
RECOMMENDED

Turkey has reported 1,815 new coronavirus patients and over 1,500 recoveries in the past 24 hours, Health Ministry data showed Sunday.

According to Health Minister Fahrettin Koca, health authorities conducted 101,403 coronavirus tests across the country, pushing the total number of tests to more than 12,400,000 since the outbreak began.

The country’s death toll from the disease reached 9,296, with 72 new fatalities.

In a tweet announcing the current figures, Koca said that the number of critical patients remains the same. He also called citizens to follow COVID-19 precautions outlined by the Health Ministry.

“Let's continue the struggle together by following the restrictive measures,” Koca wrote on Twitter.

After going through the worst period of the outbreak and managing to reduce the number of daily cases to less than 1,000, Turkey has seen a resurgence of new infections, while the government has introduced necessary precautions such as wearing masks outside mandatory across the country to reduce the number of infections. It has also begun running mass transit at a reduced capacity.

Earlier Sunday, the ministry announced that as of Monday, coronavirus inspections would be conducted every day ahead of the arrival of flu season.

It ordered all provincial public health boards across the country to convene within the next 48 hours and prepare detailed analyses of the outbreak situation in their respective provinces. They were also asked to advise on any special measures that need to be taken for their jurisdictions.

According to the circular, police officers and other local security forces will carry out inspections throughout the week, with the target of inspections changing every day.

Mondays will see social gathering places such as parks, cafes and restaurants inspected, while on Tuesdays, mass transit vehicles, bus terminals and airports will be the focus of scrutiny.

Factories and other workplaces will have inspections on Wednesdays. On Thursdays, security forces will make sure people placed in self-isolation abide by the quarantine rules. Malls, mosques and sports facilities will be reviewed on Fridays.

With people rushing to socialize during the weekends, streets, bazaars, coastlines and other green areas will be inspected on Saturdays. And finally, for Sundays, beauty salons, wedding halls and theme parks will be visited by authorities to make sure declared measures are being followed.