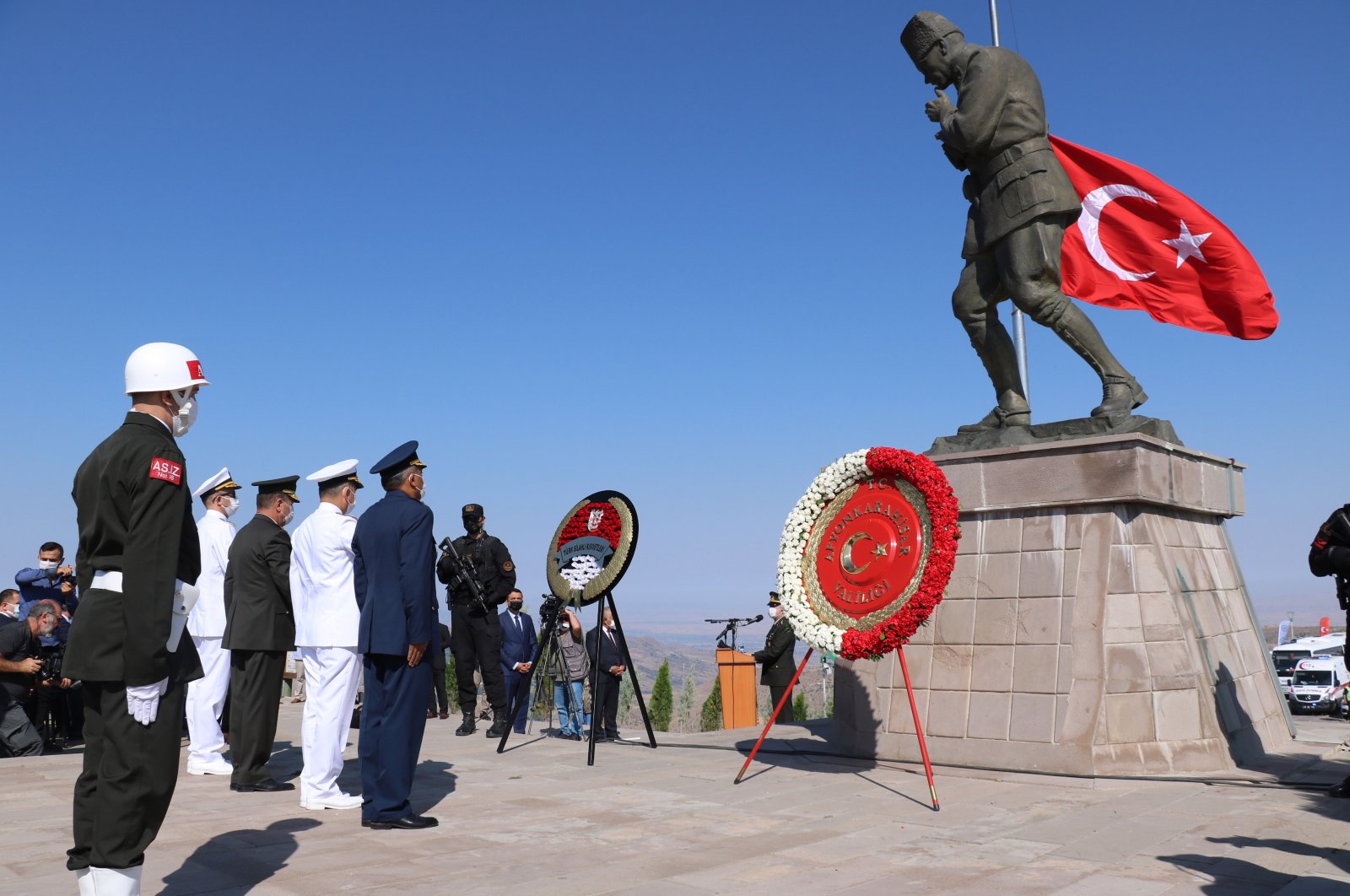 The Great Offensive, or Büyük Taarruz as it is known in Turkish, was commemorated Thursday where it took place almost a century ago. In the Afyonkarahisar province of western Turkey, crowds amassed to pay their respects to the fallen who fought the invading Greek forces in 1922. Earlier in the day, they marched to Kocatepe hill where Mustafa Kemal Atatürk, founder of modern Turkey, launched the offensive.

A wreath-laying ceremony was held at a statue of Atatürk who camped out at Kocatepe to command the offensive, an important chapter in Turkey’s War of Independence after World War I. During the ceremony, dignitaries handed over a Turkish flag to a group of cyclists who were traveling from the capital Ankara to the western province of Izmir, where the remnants of the routed Greek forces were forced to retreat, to mark the anniversary of the Great Offensive.

The Great Offensive was the second-largest victory against occupying Greek forces after the Battle of Sakarya in 1921, again in August, as part of the Turkish army’s campaign to ensure the country’s independence following the end of World War I when the Ottoman Empire accepted defeat. Mustafa Kemal Atatürk, an Ottoman general who went on to be the founder of the Republic of Turkey, had decided to go ahead with the offensive in June 1922. It would serve as the final blow to Greek occupation forces who were shaken by the Battle of Sakarya.

After months of preparations and deployment of weapons and soldiers from all across the country, the offensive began on Aug. 26, with artillery fire on Greek forces in Afyonkarahisar. Within hours, Turkish forces managed to capture strategic points and recaptured Afyonkarahisar from the Greeks in a day. By Aug. 30, the Greek forces were completely defeated.

As the Greeks started to withdraw, Mustafa Kemal Atatürk would give his famous order, “Armies! Your first goal is the Mediterranean! Forward!” and the army chased away all Greek troops disorderly retreating to the Aegean region in the west of the country.