Turkey seeks to expand access to vocational training for Syrians 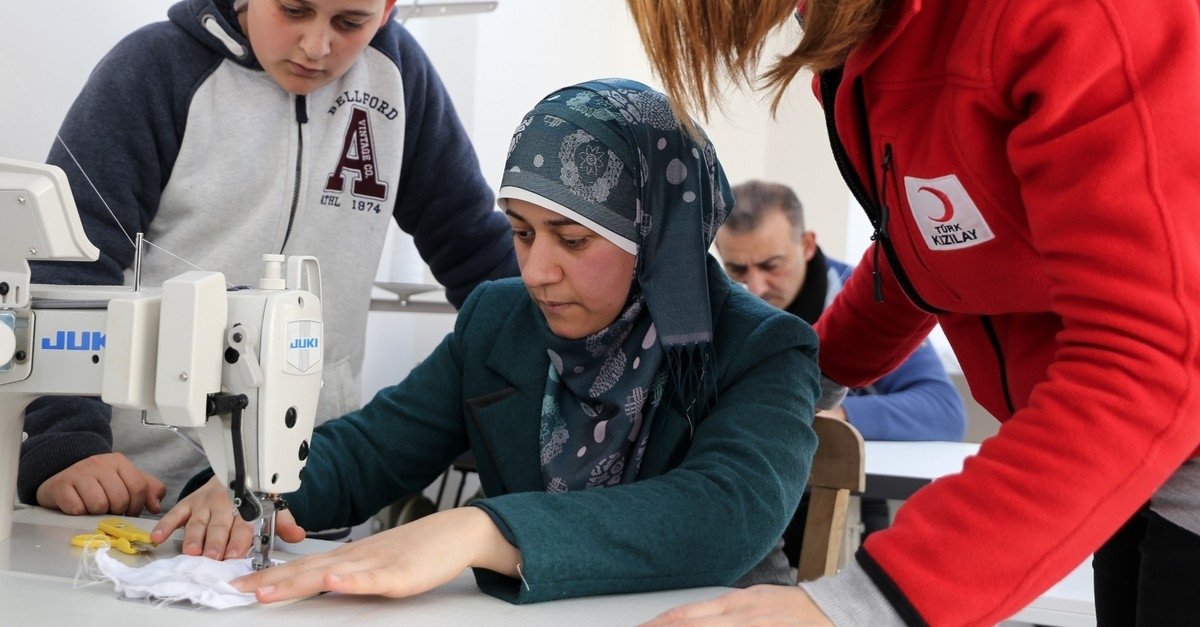 Access to vocation training is seen as one of the keys to improving the employability skills of Syrian refugees and accelerating their social and economic adaptation, the Turkish government said on Tuesday as it met to discuss several capacity-building strategies.

The latest status of the projects as well as new initiatives for the integration of Syrian refugees were discussed in a meeting chaired by Mahmut Özer, the deputy education minister responsible for vocational and technical education, said a National Education Ministry statement.

Özer explained that in the last three years, they have focused on social and economic integration through vocational and technical education and that they have also initiated international projects.

Syrian students get education once a week at vocational training centers and on other days, they receive skills training in businesses, he noted.

The vocational training centers also support students with one-third of the minimum wage during the four-year education, he added.

Currently, 3,000 of around 150,000 students in these centers, accounting for approximately 2%, are Syrians, Özer said, noting that their goal this year is to increase this ratio to 1 Syrian student per every 10 enrolled.

He emphasized that significant progress has been made in the access of school-age Syrian children to education, adding that many projects have been successfully implemented to increase the school enrolment rates at all levels.

Özer also underlined that the number of Syrian students studying in Turkey surpasses the total number of students in many European countries.