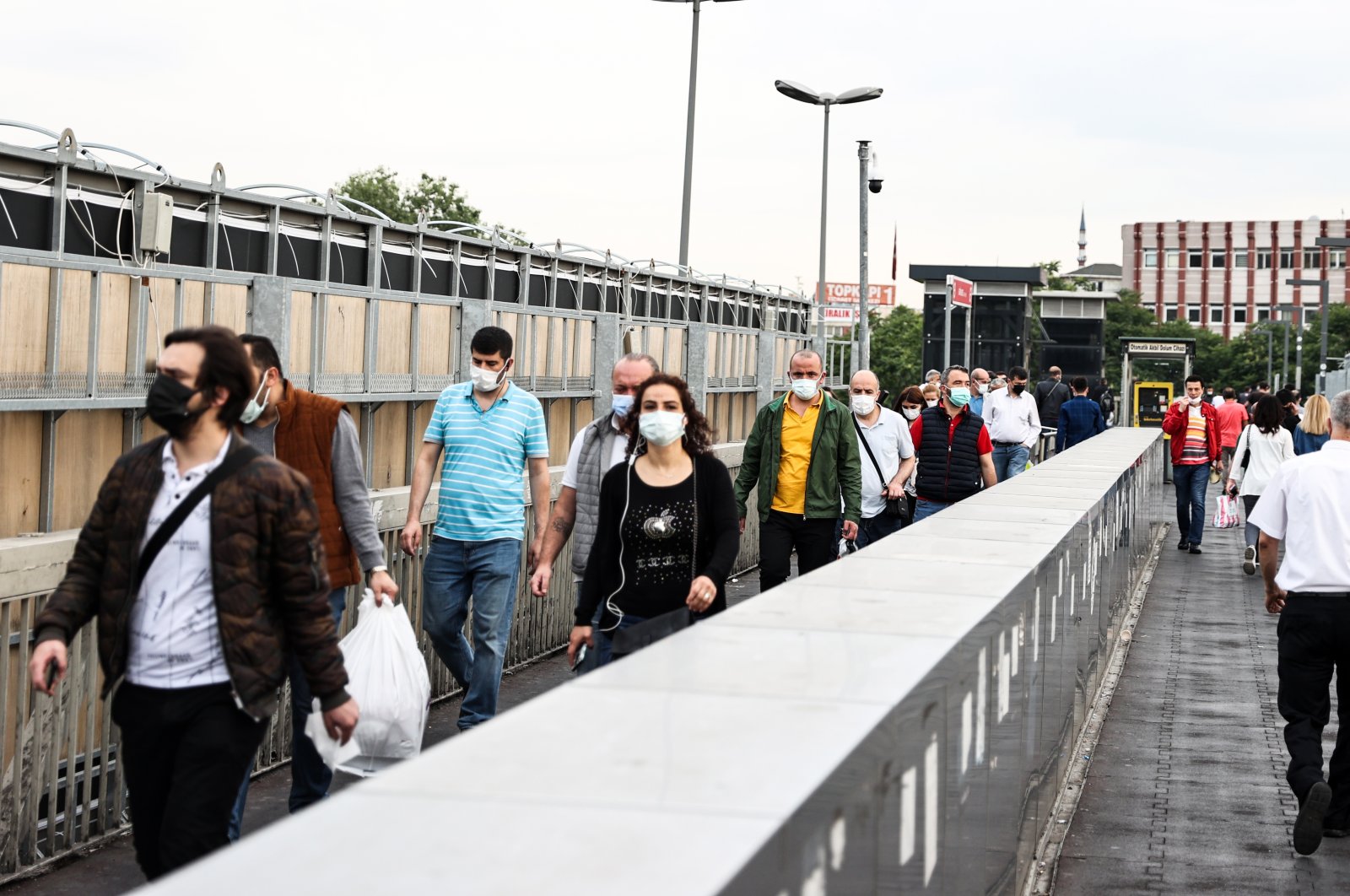 The battle against coronavirus, aided by vaccinations and tight restrictions, continues to bear fruit for Turkey, with COVID-19 cases declining to 6,609 Tuesday, from more than 50,000 a few months ago. Figures released by the Health Ministry indicate a significant improvement in the coronavirus crisis between May 7 and June 7. The rate of positive tests on May 7 was eight out of every 100 tests, and this number dropped to around 2 1/2 on June 7. In the same period, the number of severely ill patients decreased to 1,060 from 3,260 and the number of patients from 2,210 to 495.

Professor Mustafa Necmi Ilhan, a member of the Health Ministry’s Coronavirus Scientific Advisory Board, said what they achieved was “plenty” but the public should know that it was “a hard-earned victory” and “Turkey should not endanger its gains,” highlighting the need for adherence to personal protection measures and getting COVID-19 shots.

The country has so far conducted more than 55 million tests since the pandemic made its foray into the country in March 2020. On May 7, the daily test numbers were more than 251,000, and 20,107 among them were positive – or eight out of every 100 people tested. On June 1, more than 223,000 people were tested, and 7,112 among them tested positive. The number further decreased in the ensuing week.

Ilhan ties the drop in positive tests to a 17-day total lockdown before and during Ramadan Bayram, also known as Eid al-Fitr, a Muslim holiday known for high mobility of masses traveling to holiday resorts and their hometowns from big cities in the west. He acknowledges that the ongoing inoculation campaign also influenced the decline in cases, but he warned about “active” cases. “We still have to be careful about measures,” he told Anadolu Agency (AA) on Wednesday, referring to adhering to social distancing, wearing protective masks and heeding the hygiene rules.

“Do not spend time in enclosed, indoors public spaces if possible and if you have to, ensure that those places are well-ventilated,” he said. He also called on everyone eligible for jabs to get vaccinated, noting that authorities have been rolling out vaccines for new, eligible groups almost daily. This week, vaccination of teachers regardless of their age began, while the Health Ministry announced that musicians, crews of TV series, theater companies and films currently shooting were now eligible for vaccinations. Academics at universities, which are expected to start in-person education in the autumn, will be next, while university students will be vaccinated before the start of the new school year, according to Health Minister Fahrettin Koca.

Overcoming a third wave of the pandemic after a sudden surge in the spring, Turkey seeks to achieve mass immunity. Vaccination, though slow at times, continues uninterruptedly. Authorities expect that the decreasing number of cases, ongoing restrictions, which were loosened a bit on June 1, and reaching out to more people for vaccination may further relieve the impact of the pandemic next month.

Though vaccine skepticism persists, the plan to deploy special crews to convince people to get their jabs, a new move announced this week, may further boost inoculation numbers. Pfizer-BioNTech vaccines, which have gained popularity among the public, will now be available at neighborhood clinics, in addition to private and public hospitals, often located far from densely populated areas. “You can have your shot at any neighborhood clinic, even if your family physician is not there,” Dr. Neslihan Uyar, head of Directorate of Health at Istanbul’s Kadıköy district said, as she hailed increasing demand for the vaccination in the urbane district. Family physicians are doctors assigned to a certain number of residents in every neighborhood.

Neighborhood clinics had previously lacked the strict storage conditions necessary for Pfizer-BioNTech vaccines, which are less tolerant of high temperatures than China’s CoronaVac, the other vaccine available in Turkey. Uyar told AA that the current vaccine storage conditions were fine and would not spoil the jabs, noting that the Health Ministry also had a comprehensive vaccine tracking system in place to ensure the safety of vaccines.