This summer will be the last with masks on, Health Minister says 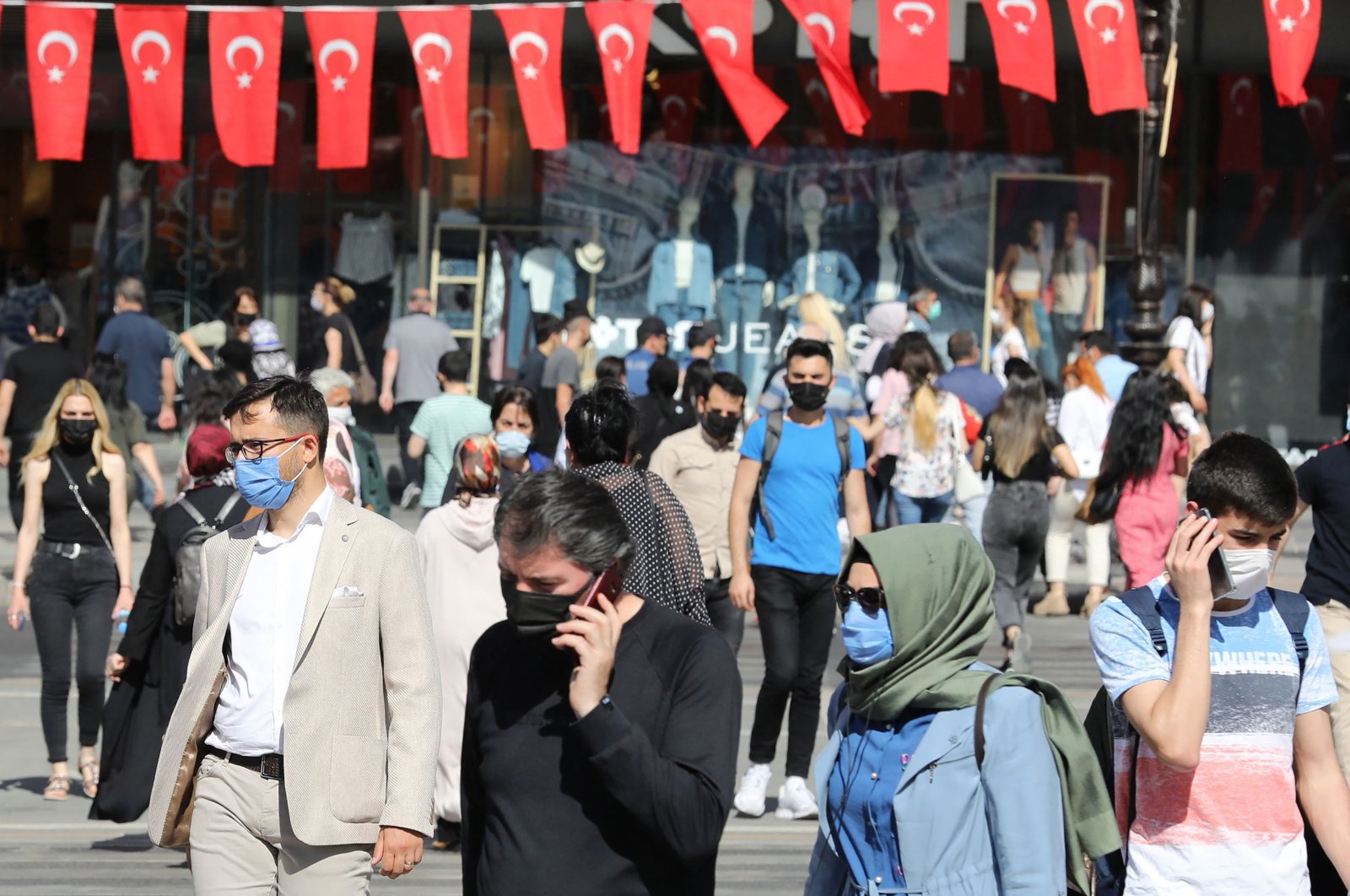 This year will be the last summer where face masks will need to be worn as COVID-19 vaccines are becoming increasingly more available, Health Minister Fahrettin Koca said Wednesday.

Koca’s remarks came at an online press conference after meeting with the country’s Coronavirus Scientific Advisory Board, where he spoke in detail about the country’s latest attempts to return life to normal.

Explaining Turkey’s recent success at reducing daily coronavirus case numbers from record highs of around 60,000 in April to as low as 6,000 this week, Koca said it was time for Turkey to begin another normalization period following drastic restrictions and an ambitious vaccination campaign.

But he still cautioned on what had happened in previous normalization periods, when people became too relaxed and dismissed the lingering coronavirus threat.

“After every normalization attempt where we have lost control, we have experienced deep wounds with exponential increases in case numbers and daily deaths. One thing is clear, as long as we fail to socialize in a controlled manner, we pay a heavy price medically, economically and sociologically,” the minister said.

Explaining that lockdowns were an effective tool to control the progress of an outbreak, he said the psychological costs of such heavy restrictions were undeniable as well.

“We shouldn’t waste the hard-earned results of the lockdown periods by trying to return to our old lifestyles immediately. While we have come a long way in our fight against the pandemic, we need to remind ourselves that the virus is still among us,” he said.

“We need to remember that personal precautions will play a much more important role from now on. We will try to join a life returning to normal while taking our own precautions. This will be the last summer when our faces will be perspiring with masks on them,” he added.

Speaking about Turkey’s vaccination campaign and efforts for domestic production, Koca said vaccines were the single most effective tool at humankind’s disposal against the pandemic as he urged anyone hesitant to trust in science and have their shots.

“It has become clear that we can start to leave the pandemic behind after this summer if we can continue to carry out our vaccination campaign. But for that to happen, I have one new request from you: Please get vaccinated,” the minister asserted.

While Turkey has administered more than 29 million COVID-19 vaccines so far, hesitancy remains a considerable risk. Fueled by rampant misinformation circulating on social media, a considerable amount of people have voiced concerns about the safety of the vaccines, saying they have been developed rather quickly compared to vaccines against other diseases.

“We are certain of the efficiency and safety of the vaccines that are being used in our country,” he said, as he warned against comparing the vaccines against each other.

“To compare one vaccine with another in technical terms, you would need years’ worth of studies. Meanwhile, COVID-19 vaccines are relatively new. What is important is that these vaccines have passed their clinical studies and, efficiency and safety tests,” he said.

According to Koca, at least 60% of the population in Turkey needs to be vaccinated before the pandemic can truly be called under control, as that is the minimum threshold where herd immunity is expected to kick in.

“That is why we need to get vaccinated to protect both ourselves and our loved ones. I want to repeat once again, the path to normalization lies with vaccines.”

Koca also said Turkey’s leading candidate for a domestically produced vaccine would soon start Phase 3 trials and would start to be used as soon as it passes the necessary tests.

Shortly after his press conference, Koca announced on Twitter that the vaccination campaign was being expanded to include all teachers, regardless of their age.

According to Health Ministry data Wednesday, Turkey has recorded 7,181 new cases and 112 deaths due to COVID-19 over the past day.

With Wednesday’s figures, the country currently has around 84,000 active cases.