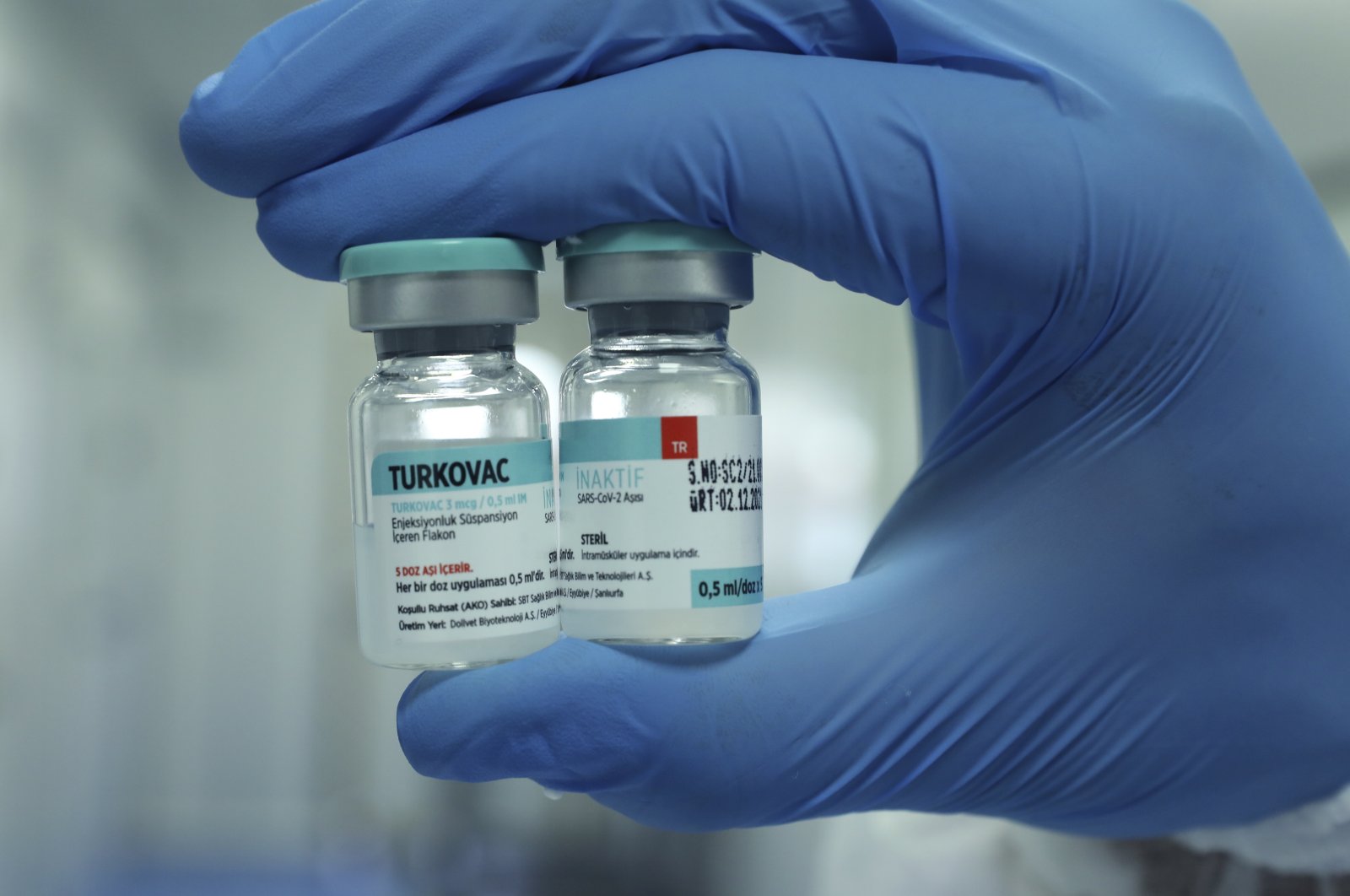 Turkey jumped into action after the first coronavirus case was reported in March 2020 and launched studies to develop its first vaccine to combat the outbreak.

Among the vaccine studies supported by the Presidency of Turkish Health Institutes (TÜSEB) and the Scientific and Technological Research Council of Turkey (TÜBITAK), the inactive vaccine developed by Erciyes University showed the fastest progress.

While the development process for Turkovac began in April last year, preclinical stages, where animal trials were conducted, were successfully concluded in October 2020.

Phase 1 studies for the vaccine kicked off the following month and it was administered to 44 volunteers. Phase 2 studies were launched on Feb. 10, 2021, with 250 volunteers. With both phases showing positive data, authorities moved onto Phase 3 of the development process.

As part of the Phase 3 studies, the first dose of the vaccine was administered on June 22, 2021, in a program in which President Recep Tayyip Erdoğan participated and announced the name of the vaccine – Turkovac.

Thousands of volunteers who had not been infected with COVID-19 or got vaccinated before were given Turkovac as part of the Phase 3 studies.

In October this year, Turkovac was administered as a booster shot. Volunteers who previously received two doses of the Chinese Sinovac vaccine were given Turkovac or Sinovac, depending on their personal preference.

Koca was speaking at the production facility of the vaccine, as he said public hospitals would start using it after approximately 10 days.

Since early in the vaccine’s development, Erdoğan has vowed to make it available globally, stating it will benefit all.

"Our COVID-19 vaccine, Turkovac, which has come to the production and usage stage by receiving the necessary approvals, is a symbol of our efforts to protect our nation against the pandemic in the most effective way," Erdoğan said Tuesday in a video message to the laboratory in southeastern Şanlıurfa province, where the vaccine research and production is being conducted.

Experts said the results of trials are promising and the vaccine, in the form of a booster shot, at least, helps increase antibodies.

Professor Ateş Kara, a member of the Health Ministry’s Coronavirus Scientific Advisory Board, said earlier this month that preliminary data from nationwide trials demonstrated that none of the people vaccinated with Turkovac had severe symptoms of COVID-19 and the vaccine, in addition, rapidly increased antibody levels in the body necessary to fight off the infection when administered as a booster shot.

Kara, who also heads the Turkish Vaccine Institute, told the Anadolu Agency (AA) on Sunday that clinical trial data was rather positive and a comparative study with CoronaVac, an inactive vaccine like Turkovac currently in use in Turkey, also showed promising results.

“No individuals vaccinated with Turkovac had a severe form of COVID-19 requiring hospitalization or intensive care so far. The same applies to a comparative study with CoronaVac. It demonstrates the efficacy of the vaccine. All the data is presented to the committees that are assessing emergency use approval made earlier for Turkovac,” he said.

Turkey is pursuing an ambitious vaccination program against the coronavirus, which has claimed more than 78,000 lives in the country since March 2020. The daily number of cases recently dropped below 20,000, while the daily fatalities decreased to below 200. The Health Ministry offers a Pfizer-BioNTech vaccine in addition to CoronaVac to every eligible citizen.

Though the country managed to secure shipments of vaccines sufficient for its population this summer, Turkovac is planning to be administered as booster shots. The Health Ministry already runs a campaign to get more people to volunteer for the vaccine’s trials by presenting it as the third dose to more than 51 million people, who received their two doses of other vaccines.

Kara said they sought to reach about 4,000 people in testing the side effects of Turkovac. “We have an advantage in inactive vaccines. They are more prevalent in the world and have been provided to some 3.5 billion people worldwide, and we have more data about their side effects and the prevalence of those side effects. Thus, we simply compare them with Turkovac's possible side effects and so far, we had no serious side effects," he said.

Scientists are also running tests for mass production of Turkovac and "stability" tests to determine an expiration date and to see whether the vaccine provides sufficient antigens required for prompting an immune response to the deadly infection. The current expiration date is three months, but it could be extended up to six months based on the results of stability tests and can be further extended up to two years, Kara said.

"We have seen a rapid leap in antibody levels after the booster shots from inactive and messenger RNA (mRNA) vaccines are administered. We now have seen that Turkovac has the same effect in booster shot form," he added.