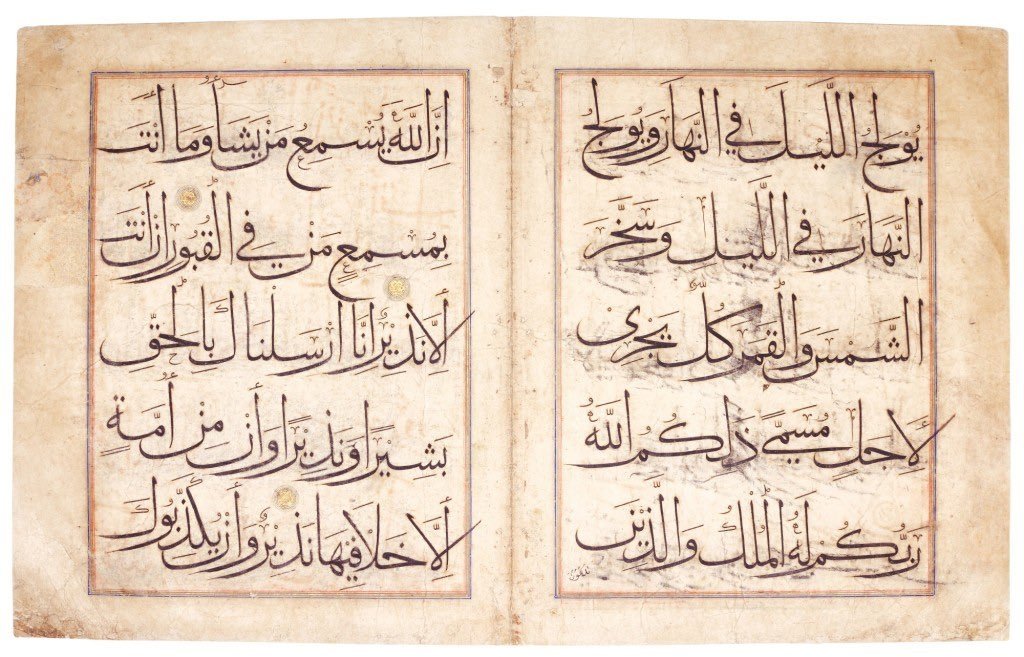 The purchase price of the works was not announced at the auction, where a rare 16th-century portrait of Ottoman Sultan Suleiman I, who was the longest-reigning Ottoman sultan who served between 1520 and 1566, was also sold.

Istanbul Mayor Ekrem Imamoğlu shared the purchase on his social media account: “We bought 9 priceless Qurans and manuscripts at today's auction. The 700-year-old Quran pages including 5 surahs, 1100-year-old ones including the Surah Al-Ma'idah -the fifth chapter of the Quran- and 1200-year-old ones including Surah Az-Zukhruf- the 43rd chapter of the Quran- along with Mevlana Jalaluddin Rumi’s “Masnavi” and Rumi’s eldest son Baha al-Din Muhammad-i Walad’s “Ibtida-nama” (“The Book of the Beginning”) now belongs to Istanbul,” he posted on Twitter.

The auction was a part of a larger program advertised as the "Arts of the Islamic World & India including Fine Rugs and Carpets" by Sotheby’s.