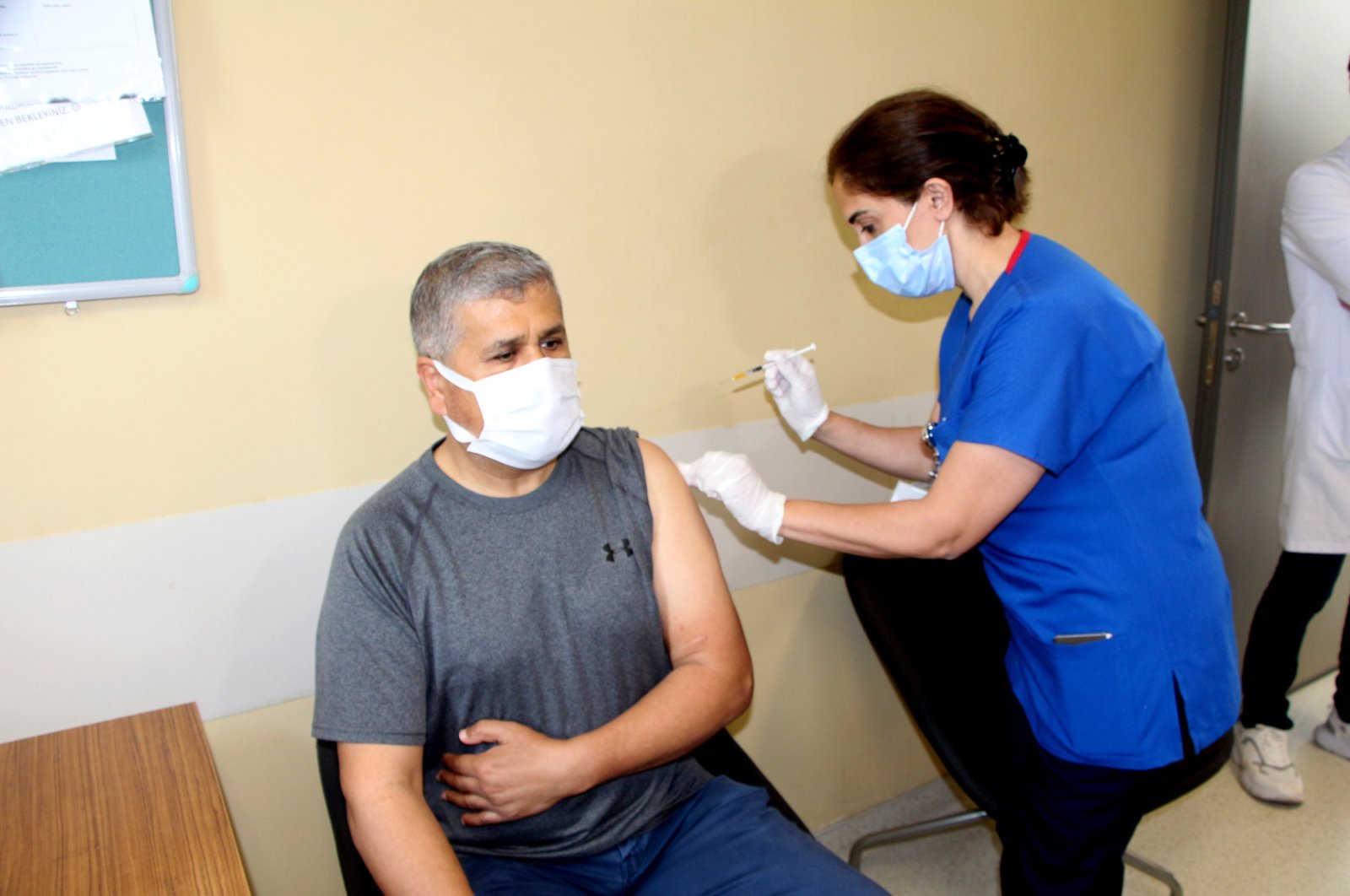 Health Minister Fahrettin Koca announced on Monday that Turkey will acquire 50 million doses of Sputnik V vaccine from Russia within the next six months and 90 million more doses from Pfizer-BioNTech.

Koca, who spoke at a press conference in the northwestern city of Edirne, said the country has ordered 240 million doses of COVID-19 vaccines, including 100 million from China's Sinovac, shipments from which Turkey acknowledges have been delayed.

The country last week announced it signed a deal for 50 million doses of Russia’s Sputnik V COVID-19 vaccine that will start arriving this month. The shipment is expected to be completed within six months.

Medical authorities said on Friday they had granted an emergency use authorization for Sputnik V. The Russian Direct Investment Fund (RDIF), which is responsible for marketing Sputnik V, said a Turkish firm would also produce the shot at its plants.

Turkey is continuing its inoculation campaign with CoronaVac from China's Sinovac and a vaccine developed by Pfizer-BioNTech.

Koca said there were positive developments regarding the supply of the Sinovac vaccine.

"With positive developments in supply, the Sinovac vaccine will soon continue to be shipped as planned," the minister said.

Referring to the ongoing 17-day lockdown in Turkey, Koca said the effects of the nation's sacrifices had borne fruit with the decreased number of cases and hospitalized people.

The government imposed the lockdown last week, which includes stay-at-home orders and the closure of schools and many businesses. New daily cases have fallen since April 21 and touched 25,980 on Sunday, official data showed.

He rejected allegations that the number of tests being conducted was decreased to show a lower number of cases.

"These claims are baseless and ill-intentioned. Tests, as usual, are conducted on those who show symptoms of the virus. The decreasing trend has something to do with the nationwide lockdown," Koca added.

Koca called on citizens to receive their jabs, which are being provided free-of-cost by the state.

The health minister adding that they were expecting to vaccinate people at the age of 40 and above by the end of June, and aim to vaccinate all citizens aged 18 and above throughout summer.