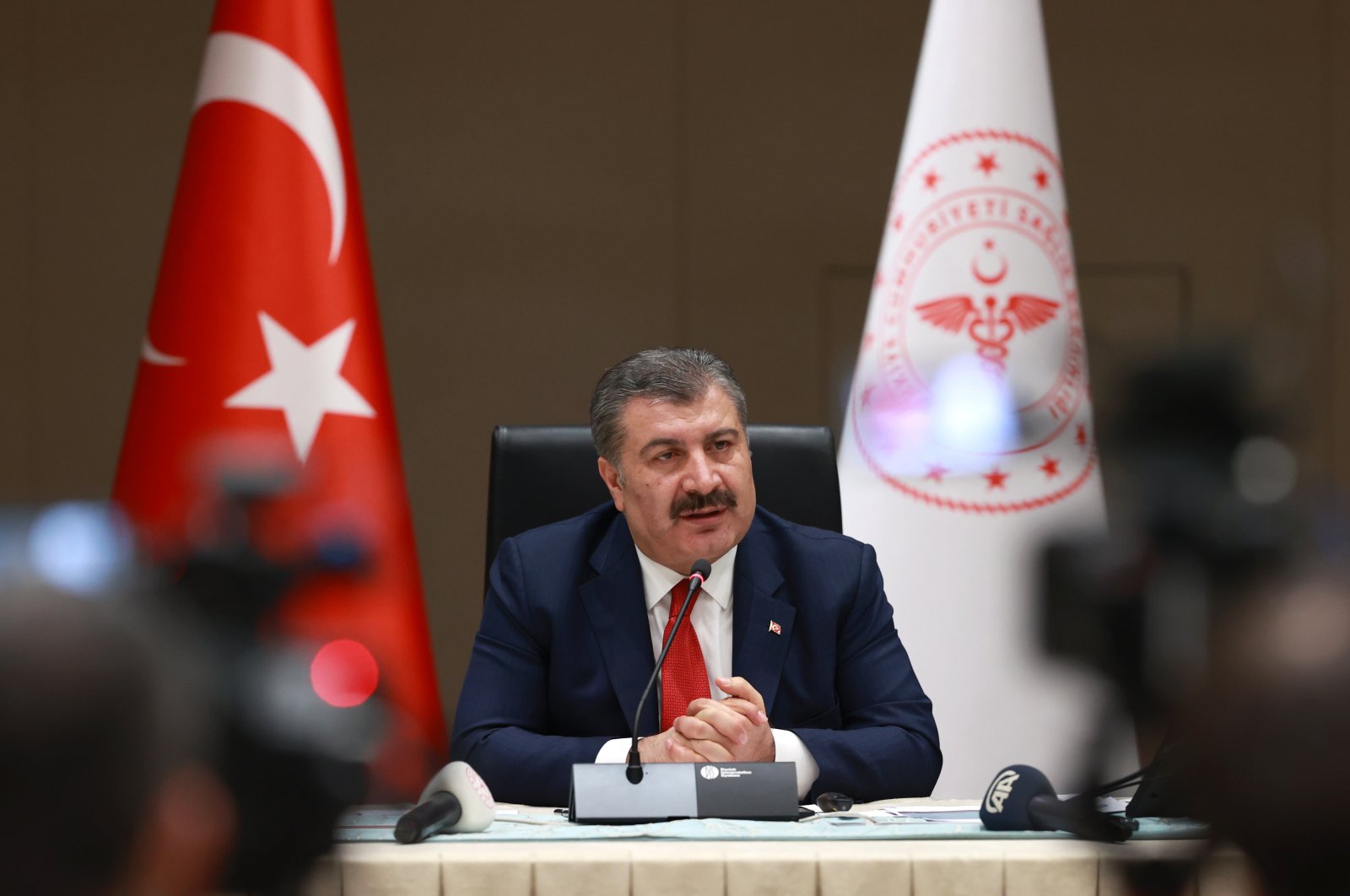 Turkey will receive at least 30 million doses of the Pfizer/BioNTech jabs by June, Health Minister Fahrettin Koca announced Monday, as he said the country's coronavirus scientific council would recommend stricter measures to deal with the third peak of the pandemic.

The country recorded 52,676 new coronavirus cases in the last 24 hours, after touching an all-time high over the weekend.

Koca told a news conference that further shipments of coronavirus vaccines from China's Sinovac Biotech and Pfizer and BioNTech in the coming months.

While noting that there has been no dramatic increase in the bed occupancy rate and ICU occupancy rate of 59% and 67.4%, respectively, Koca said "data is cautionary."

He also said 85% of the new COVID-19 cases are diagnosed with the variant first identified in Britain.

Regarding Russia's cancellation of some flights to Turkey, the minister said Moscow would send a delegation soon to evaluate measures in touristic areas.

Russia announced Monday it is suspending air links with Turkey and Tanzania for six weeks as they experience a surge in COVID-19 cases.

The suspension in flights will last from April 15 until June 1, the deputy prime minister for health, Tatiana Golikova, said during a televised briefing.

She said the virus situation has been worsening in Turkey since early March and many Russians were being infected there and returning home.

Kremlin spokesman Dmitry Peskov told the Ria Novosti news agency that this decision is not linked to the meeting Saturday between Ukrainian President Volodymyr Zelensky and his Turkish counterpart Recep Tayyip Erdogan, with the latter expressing his opposition to Russia's annexation of Crimea.

Turkey is a top tourist destination for Russians, with millions travelling there every year.