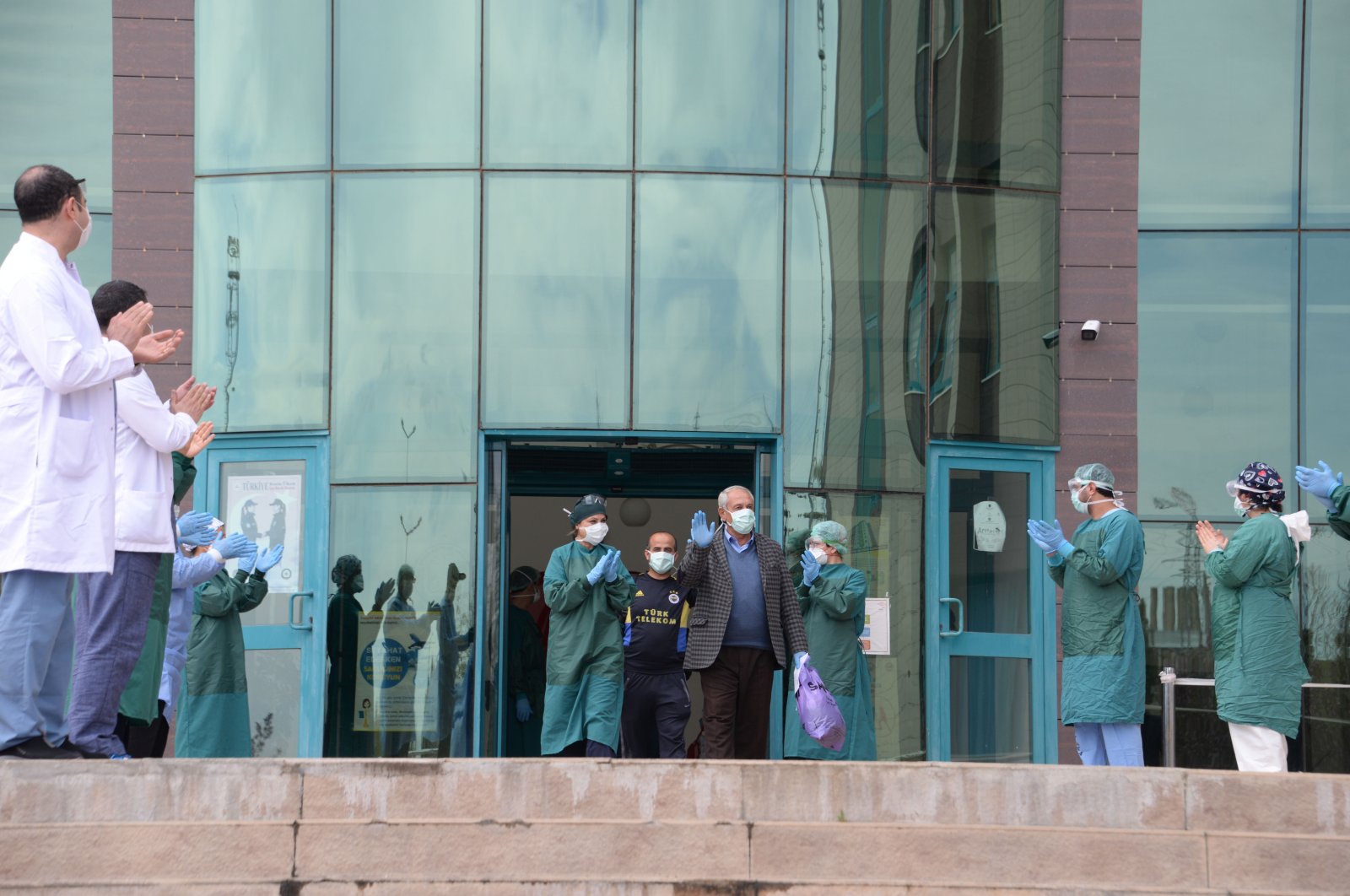 Turkey is going through a tough period in its fight against the coronavirus outbreak. In recent days, it has started reaching new daily highs since January, while the number of daily fatalities exceeded 70 for the first time in months on Tuesday. Yet, experts point to an apparent drop in hospitalizations which indicates that the infections are now less severe. The number of critically ill patients was only 1,474 on Tuesday while the intensive care unit occupancy rate among adults stands at 66.2%.

Associate professor Ümit Savaşçı from Gülhane Training and Research Hospital in the capital Ankara, says the coronavirus is “leaning more towards seasonal flu mutation. This is good news. We see less patients in need of intensive care, oxygen supply. Apparently, it does not affect the lungs as much as it has been before,” he told Demirören News Agency (DHA) on Wednesday.

The country reported thousands of infections from variants but experts believe that although they spread faster, they mostly lead to mild cases. But this is mostly confined to patients below certain ages. Savaşçı says there may be a rise in the number of cases, especially among senior citizens next month. He said they have not seen any critically ill patients with variants from Brazil, South Africa or other countries and it was not clear yet whether Turkey has its own variant and if it is critical. “What we are seeing now is patients have minor symptoms and generally recover without the necessity of hospitalization. It is safe to say that the virus adapts itself to our life. After all, it dies when its host dies,” he said.

Professor Recep Tekin, who heads the infectious disease department at Dicle University in the southeastern province of Diyarbakır, agrees. He notes a decline in hospitalizations in the region. “At some point, variants will lose their impact and we will see coronavirus degraded to a level where it cannot cause a serious disease in humans,” he says. Tekin also linked the proliferation of less severe cases to a change in temperatures. “People tend to have stronger immunity when the weather is warmer. Warm weather also decreases the prevalence of other viral infections. In addition, the vaccination is underway and even infected, vaccinated people will have a less severe form of the disease,” he said. He also says early diagnosis is helpful. “People are now more familiar with coronavirus and visit their doctor earlier when they notice a symptom and an early treatment prevents them from (ending up at intensive care),” he said.

Professor Levent Akın, a member of the Health Ministry’s Coronavirus Scientific Advisory Board, says that though the hospitalizations are fewer now, some patients may lapse into a worse condition in the fifth to the seventh day of infection. On the rising number of infections, Akın said they already expected it when new variants entered the country last month. “Even if we have restrictions, they spread fast,” he said on Wednesday.