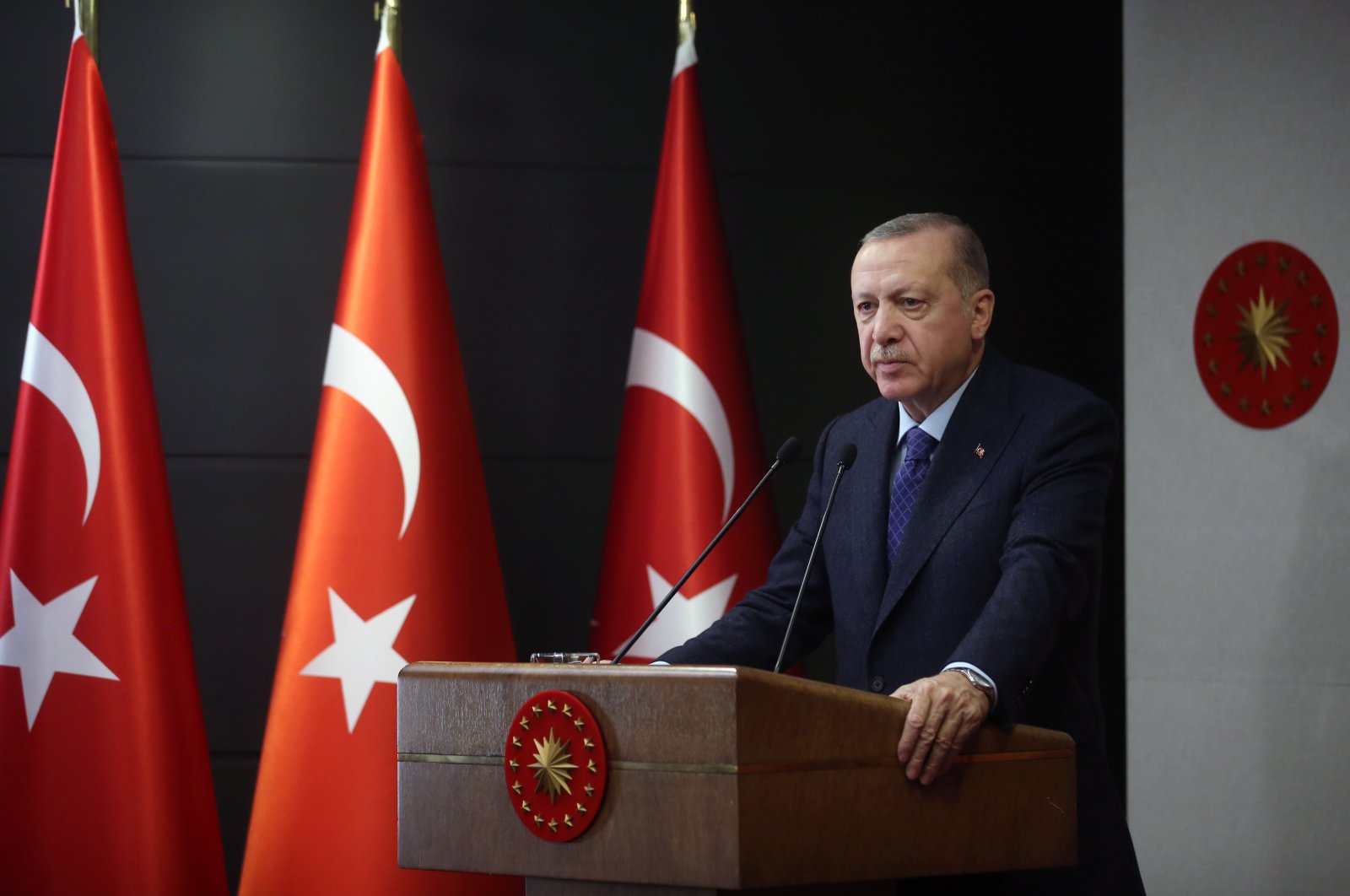 Speaking after the weekly cabinet meeting, Erdoğan unveiled the details of Turkey's new steps toward normalization.

June 1 onward Turkey will lift travel restrictions between provinces, civil servants will return to their normal job routine, Erdoğan said, while people will be permitted to attend open-air concerts. Bars and hookah bars will remain shut.

Erdoğan, however, added that some restrictions on people's movement will be maintained.

Accordingly, limited restrictions would remain in place on the movements of those aged over 65 and under 18. Youths aged 19 and 20 will now be allowed outdoors, he said.

Later, the Interior Ministry announced that Turkey will continue to impose lockdown in 15 provinces, including Istanbul, this weekend.

"Under the new normal order, let us not neglect masks, distancing and hygiene," Erdoğan said in a televised address.

The announcement comes amid a drop in the number of reported daily COVID-19 deaths and infections in the past week.

In early April, Turkey halted travel between 31 cities, including Istanbul, excluding transit passage and essential supplies. It subsequently reduced the restrictions to 15 cities but they will end too on June 1.

Among other easing measures, Turkey began operating intercity trains on Thursday after a two-month gap and mosques will begin allowing mass prayers on May 29.

The trains are operating at half-capacity, and passengers are being allowed on board only with government-issued permission to travel and a code certifying they are not being monitored for a suspected COVID-19 infection.

Turkish Transportation Minister Adil Karaismailoğlu said travelers showing signs of illness would not be allowed onto trains. Any passenger exhibiting COVID-19 symptoms on a train will be taken to a special "isolation section” and handed over to health officials at the nearest station, he said.