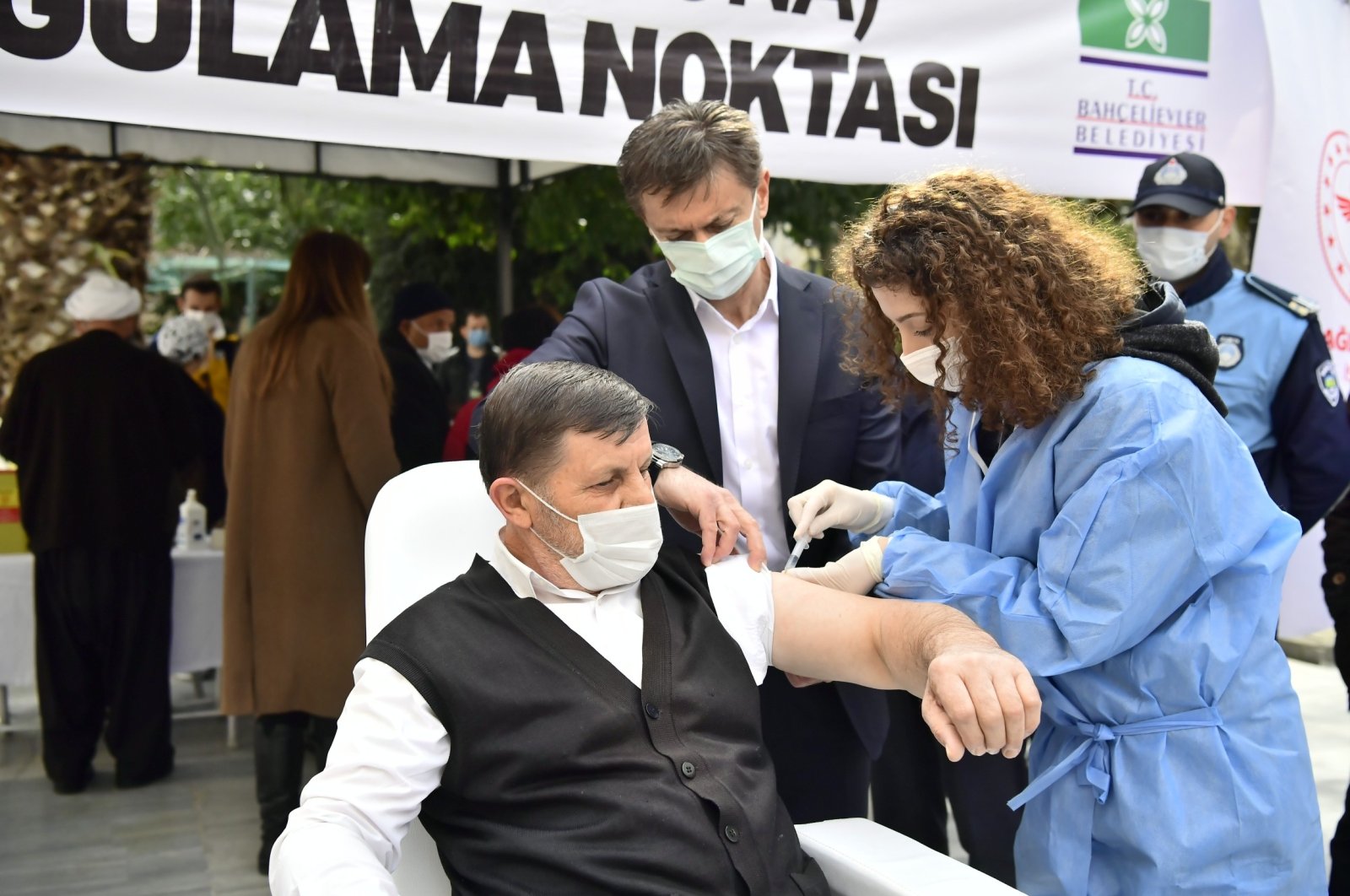 After three months of reliance on the CoronaVac inactive vaccine, Turkey is finally gearing up to acquire its first COVID-19 vaccine from another source: Pfizer-BioNtech. The messenger RNA (mRNA) vaccine is expected to be available soon, Health Minister Fahrettin Koca announced early Thursday. Following a meeting of the Ministry of Health's Coronavirus Scientific Advisory Board, Koca stated that 58,000 doses of the vaccine, which will be tested before granted approval, arrived in the country, and added that another 4.5 million doses will arrive by the end of March.

The vaccine, developed by Turkish scientists and couple Uğur Şahin and Özlem Türeci, is 95% effective in preventing COVID-19 cases. Several countries – including the United States, Canada, the United Kingdom and the European Union – have placed orders for millions of doses of the vaccine already.

Turkey started its mass vaccination campaign in January with CoronaVac which was developed by China's Sinovac, first inoculating its health care workers. The country has gradually been administering the two doses of the vaccine to the public, first prioritizing elderly citizens. Koca said that the Pfizer-BioNtech vaccines would be offered to the next groups of people set to be vaccinated. Next week, the country will start vaccinating those between the ages of 60 and 65.

The minister said that all measures were being taken to ensure a steady vaccine supply to maintain the country's vaccination campaign, noting that vaccines being developed domestically are in the works. Scientists in the country expect a locally-made vaccine to be ready within the year. Of the domestic vaccines, one of the candidates is making faster progress than the others in terms of human trials.

The number of people inoculated against coronavirus in the country exceeded 12.5 million as of Thursday, including more than 4.5 million who received their second jabs. Yet, looking at the country's daily case tally, the outlook is dire. Daily cases climbed to 18,000 on Wednesday, while the total number of fatalities has now nearly reached 30,000. Various factors can be attributed to the rapid rise, the highest since January, and some experts have blamed the surge on the arrival of new variants of the virus to the country earlier this year. More than 40,000 infections stemming from variants were reported. Koca acknowledged in his statement on Thursday that these mutations can be transmitted easier, urging the public to maintain their guard and adhere to health and safety measures.

"Unfortunately, there has been an increase in cases in most of our provinces in the last 15 days,” he expressed. Turkey initiated a normalization process this month, easing restrictions in provinces with low cases, lifting curfews as well as reopening restaurants and cafes. However, some provinces have seen a surge in cases this week, something linked to increased mobility in light of the normalization. Yet, the government is determined to stick to the plan and will implement restrictions only in provinces reporting high numbers of cases.

Koca stated that the outbreak would cease to be a "massive problem" within months, adding: "Humanity has overcome the desperation of 2020. 2021 is the year of hope and victory.”