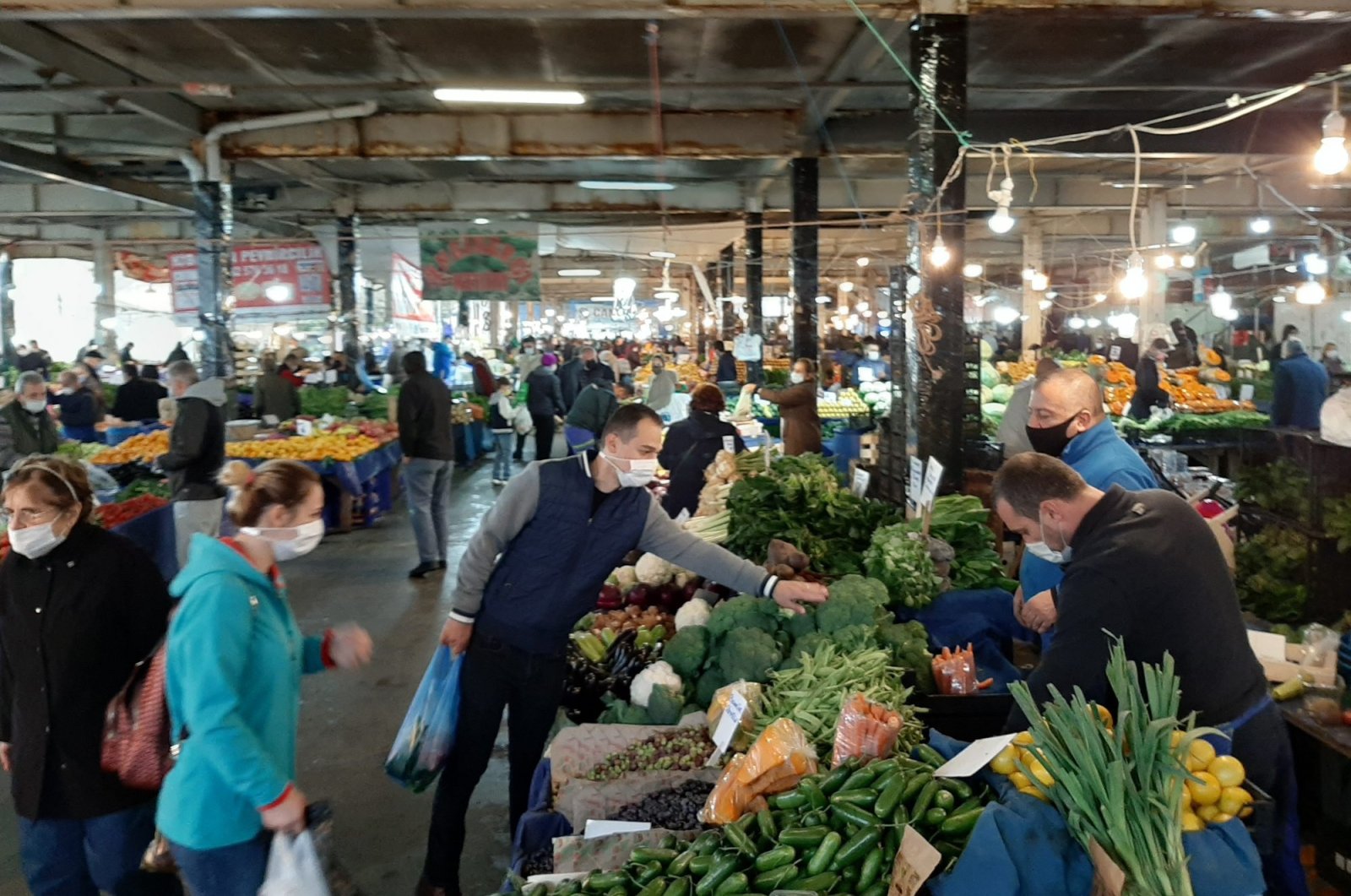 Food is viewed as a blessing from Allah according to Islam and in Turkish culture wasting it is viewed as something amounting to sin. Yet, Turkey wastes 11.3 million tons of food every year and a recent survey shows the trend will likely continue.

The survey by NG research company shows the majority of people prefer shopping for more groceries before consuming all they already have, and often purchase more food than they can consume and which they do not need immediately.

Food waste is among the primary global problems during a time of climate change, a rapid rise in population and amid finite resources. The COVID-19 pandemic further prompted fears for a possible food shortage with disruptions in the supply chain and other challenges. Figures from the United Nations show household food waste is estimated at 93 kilograms per year. This number is 28 kilograms at restaurants. Across the world, 931 million tons of food goes to waste yearly and the majority of it is household food waste.

Twenty-seven percent of people interviewed for the NG survey acknowledged that they wasted food, while the rest, although they confirmed that they let food go waste, blamed other members of their households. Only 15% of participants said they bought food only when all the food at home had run out. Others said they “sometimes” waited for food to run out before buying more. The majority of them said they did not check if they already had enough food before going shopping for groceries. Thirty-seven percent of participants said they “sometimes” bought food they did not need and could not finish while shopping.

Apart from excessive shopping, having more than you can eat on your plate is another form of food waste. Only 1% of the survey's participants said they always put too much on their plate, while 48% said they rarely did it. In a society whose most prominent feature is hospitality, meals and snacks served to guests often tend to be abundant and an inability to wipe the plate clean is frowned upon. Yet, most food goes to waste when served excessively. For restaurants, the situation is grimmer as the food left on plates ends up in the garbage, though some eateries occasionally recycle it for other dishes. Huge breakfasts, a staple of weekend eating out sessions for millions, also contribute to an increase in food waste.

Last year, the government launched the "Save Your Food" campaign to curb food waste.