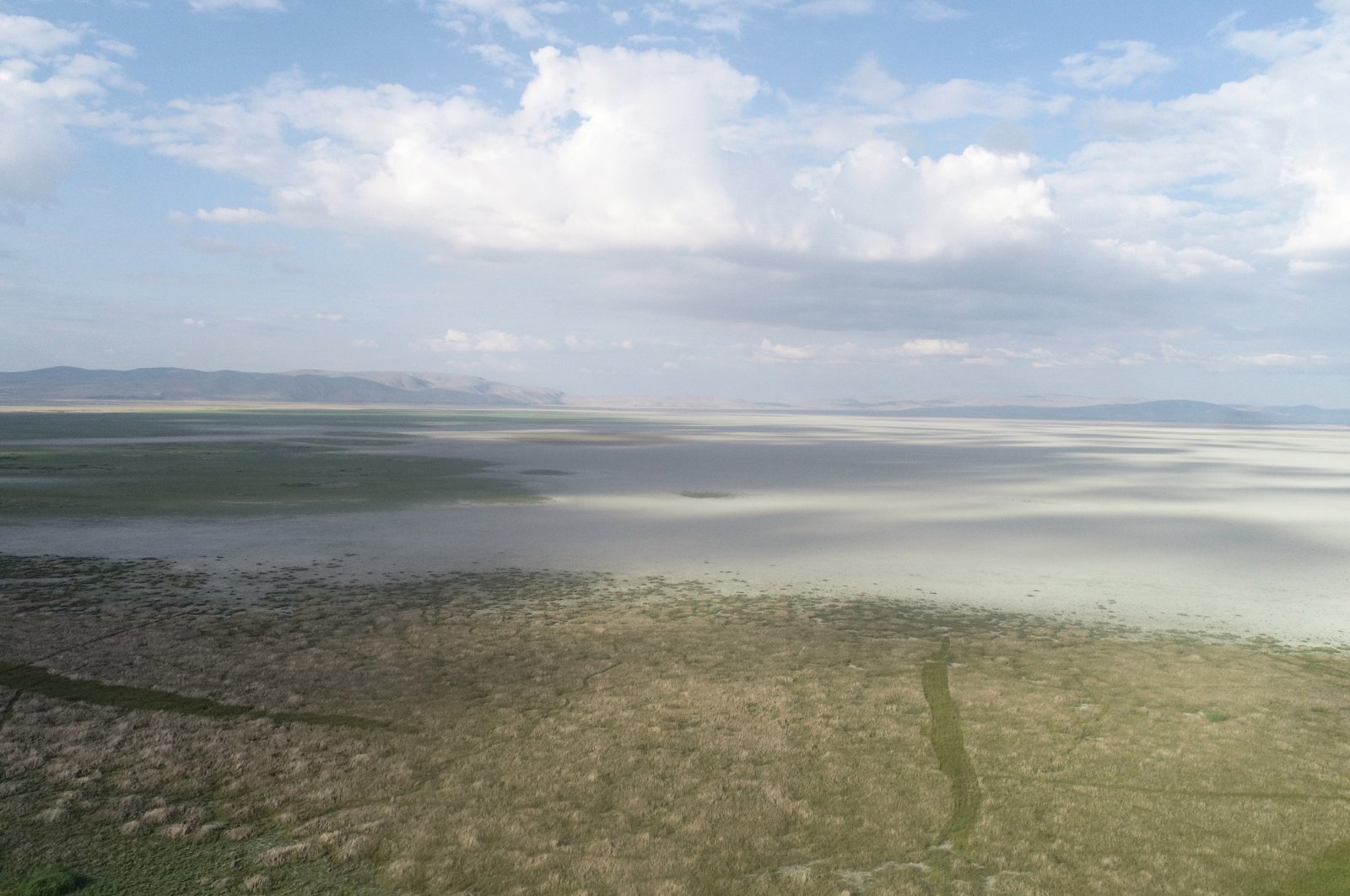 Years of drought started taking a toll on Akşehir, a 354-square-kilometer (87,475-acre) size lake in the central province of Konya. The lake considerably shrank this year, with a swamp and reeds taking over its coast, along with weeds outgrowing on the shores.

The country’s fifth-largest lake is almost like a small pond nowadays, with authorities voicing concerns about its future. It is located in a province known for its arid climate, but it is also situated in a location with the highest precipitation levels within Konya. Climate change, along with excessive drainage of water for irrigation, is blamed for reducing water levels.

Salih Akkaya, mayor of Akşehir, where the lake is located, said the body of water now had “its share of climate change.” Akkaya said the amount of precipitation dropped to 400 millimeters from up to 700 millimeters a year in the town.

“So, the lake has less water supply. It is bleeding now,” he lamented. Akkaya said the drought in the lake also affected cherry production on its shores. “The humidity the lake provided for orchards on its shores used to make them more endurable for exports, but it has gone now,” he said.

The mayor said cracks rumored to be at the bottom of the lake after a 2002 earthquake in nearby Afyon province, may have also played a role in the receding water levels and said they would run a study with the aid of academics to find out if this is one of the causes.

“We are also discussing with the State Hydraulics Works (DSI) how to feed water to the lake,” he said, referring to the state-run body in charge of waterworks. They are considering supplying water to Akşehir from nearby basins. “But our best hope is more precipitation. We pray that with more rainfall, the water levels will be restored,” he said.

This is not the first time the lake dried up. In 1935 and 2008, the waters entirely receded, before rainfall filled it again.

Turkey has been suffering from a dry spell in the past two years which led to a recession of water levels in dams and lakes. Amid climate change concerns, the government seeks to rehabilitate lands and boost water supplies.