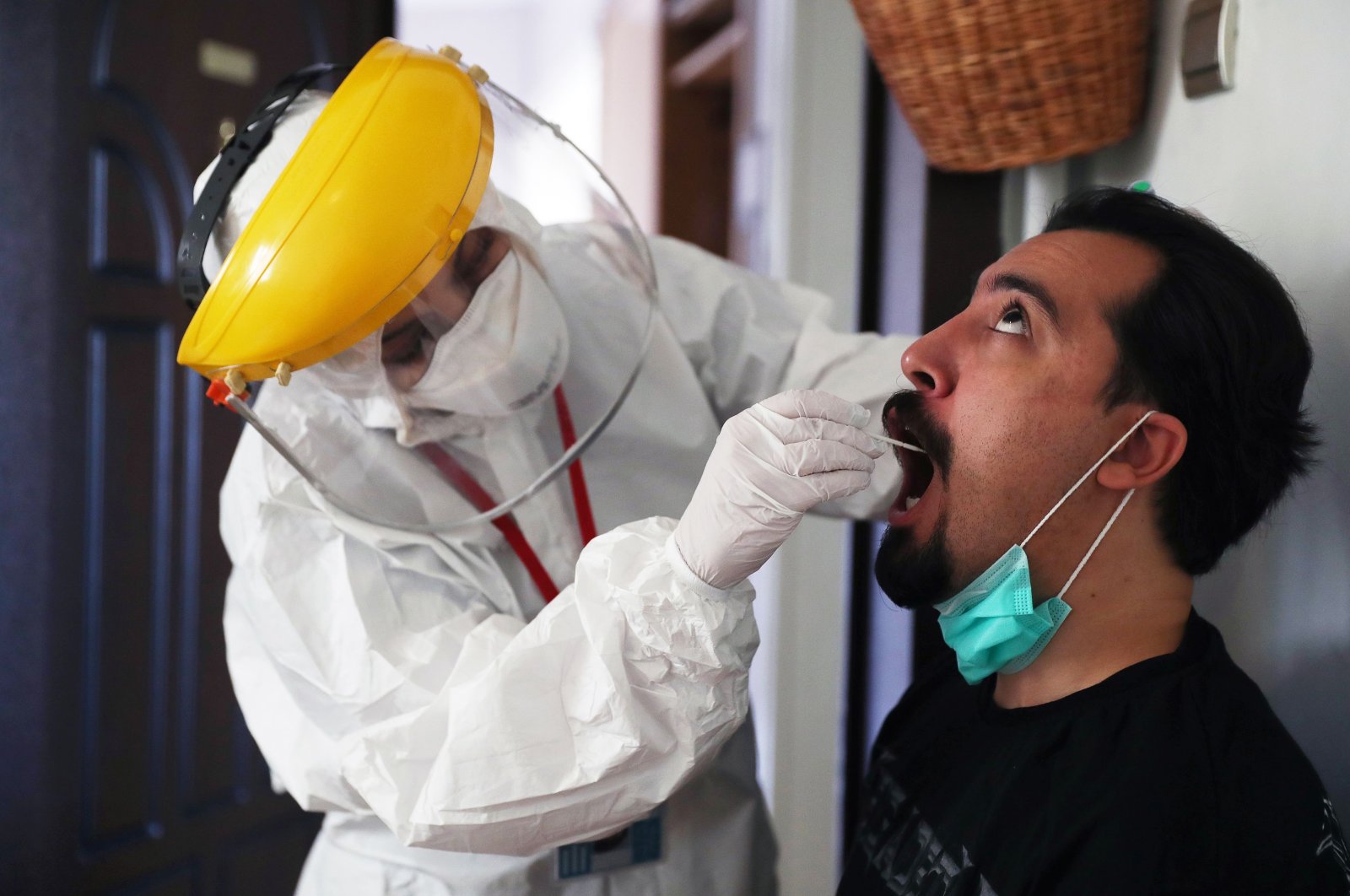 A health worker taking a nasal swab for COVID-19 screening on a man in Ankara, as part of a second campaign of coronavirus antibody tests on a randomly selected portion of Turkey's population, Oct. 21, 2020. (AFP)
by Anadolu Agency
Oct 27, 2020 7:48 pm

A total of 1,511 more people won their battle against the novel pandemic over the past 24 hours, bringing the tally of recoveries to 317,519, the ministry said.

Turkey reported 76 new COVID-19 fatalities over the past day, bringing the total death toll to 9,950, the data showed.

The country's health care workers condcted 127,651 tests for the virus in the past 24 hours nationwide, raising the total count to more than 13.47 million.

The number of patients in critical condition currently stands at 1,827, with 5% this week suffering from pneumonia, said the figures.

On Twitter, Health Minister Fahrettin Koca said: "We cannot be successful unless the number of patients in critical condition and active patients are brought down."

Across the world, COVID-19 has claimed more than 1.16 million lives in 189 countries and regions since last December.

Over 43.6 million cases have been reported worldwide, with recoveries exceeding 29 million, according to figures compiled by the U.S.' Johns Hopkins University.