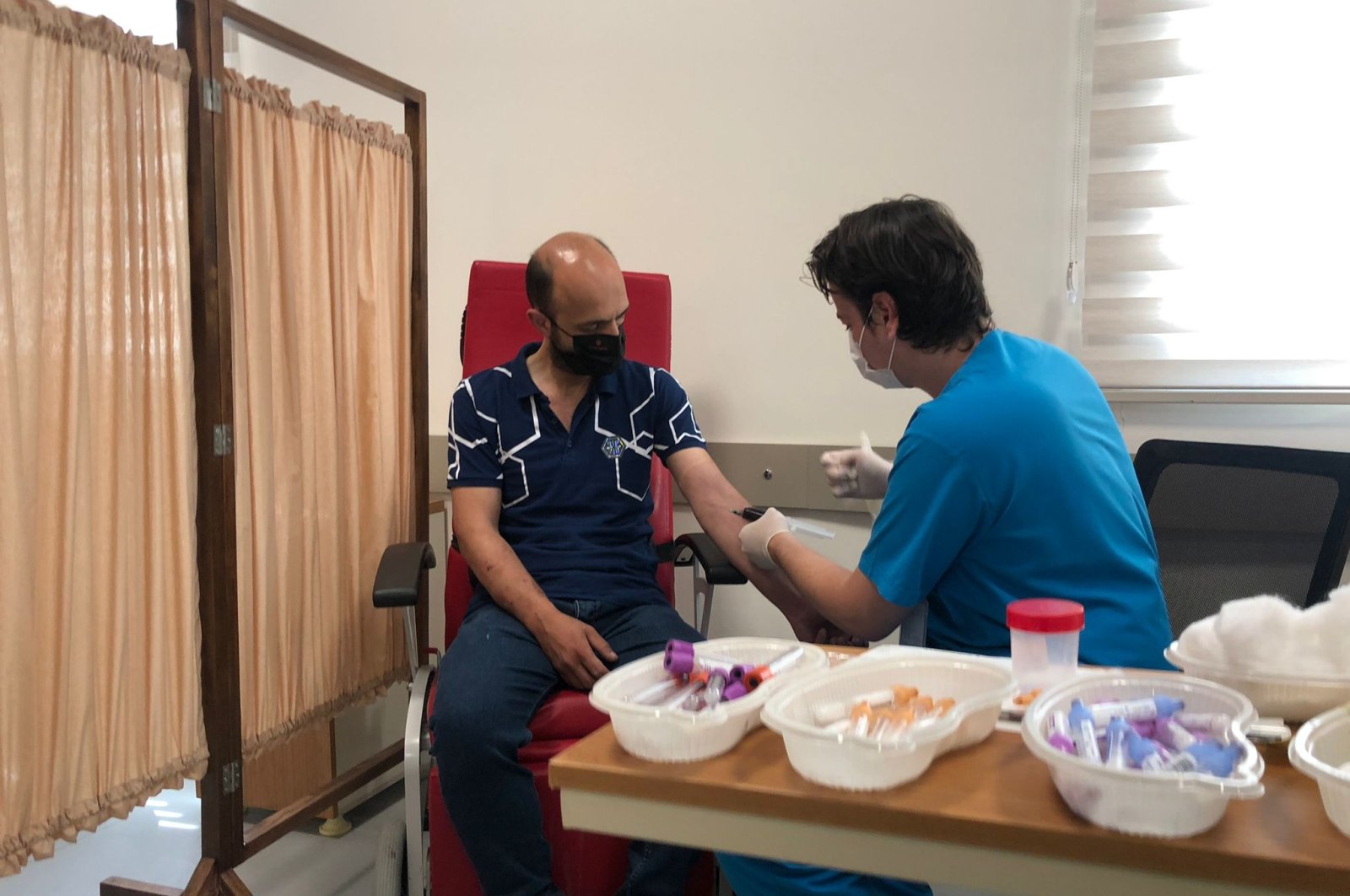 One of the developers of a locally made virus-like particle (VLP) vaccine against the coronavirus said they will soon “adapt” the jab to fight against the delta variant, which has recently gripped the world. The VLP vaccine started its Phase 2 trials last week with more than 200 volunteers, and professor Ihsan Gürsel says it stands out as a vaccine that can be modified easily against every mutation of the coronavirus.

Gürsel and his wife Mayda Gürsel lead a team of researchers based in the capital Ankara working on the vaccine. The VLP vaccine, endorsed by the Scientific and Technological Research Council of Turkey (TÜBITAK) under its COVID-19 Turkey Platform, is expected to be the second locally made vaccine available in Turkey later this year. Turkovac, an inactive vaccine currently in Phase 3 trials, will likely be the first to be available publicly.

Gürsel told Anadolu Agency (AA) Wednesday that they already modified the jab for efficiency against the alpha variant and will wrap up the modification to combat the delta variant in “15 days.” The vaccine is currently being administered to volunteers in the capital, in Istanbul and in the northwestern province of Kocaeli. It has also been included on the World Health Organization's (WHO) list of potential vaccine candidates from around the world.

The VLP contains four structural proteins of coronavirus, something significant to achieve comprehensive and long-term immunity, according to Gürsel. The particles in question are highly reprogrammable. “Currently, we are working on a redesign of the spike protein of the delta variant,” he said.

Researchers divided volunteers into three groups – 110 volunteers in each – and each will be injected with a different version, from a type of vaccine effective against the original strain to one effective against alpha and the last group against delta. This will help scientists to understand the immunity response of different groups to different variants and will show which one offers the most protection or “developed most antibodies.” The Phase 2 trial is expected to be wrapped up by late August and the next stage will start in September.

Gürsel said a dedicated team of 200 people worked around the clock on the development. They include young researchers working in different laboratories and staff from a private pharmaceutical company based in Kocaeli. He singled out his students for their hard work since March 27, 2020. The professor and his wife drew from their experience in studying nanoparticles for developing the VLP vaccine. “We were considering whether we could use VLP technology for the vaccine when people at TÜBITAK called us and urged us to apply to join their COVID-19 platform. In 48 hours, we penned a research paper and presented the VLP concept to them,” he recalled.

Turkey has administered more than 55 million doses of COVID-19 vaccines since its inoculation campaign began in January 2021. As of Wednesday, more than 16 million people have had both of their doses. The daily number of doses administered occasionally reaches over 1 million as the country hopes to achieve mass immunity before the end of summer. Since last month, the campaign, which first covered health care workers and senior citizens, has been open for all citizens and legal residents aged 18 and above.