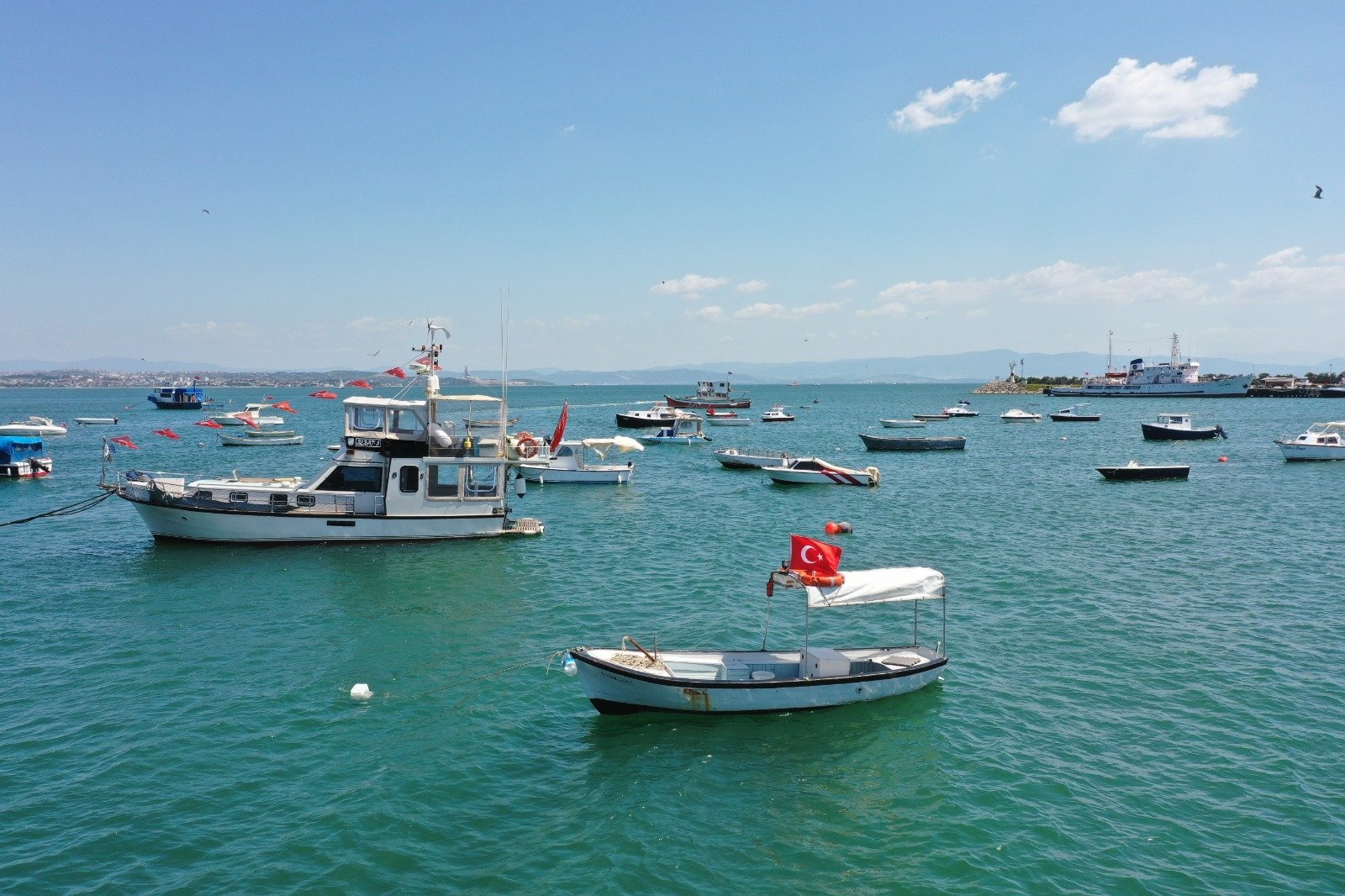 The Turkish Presidency declared the Marmara Sea a 'special environmental protection zone' on Friday, in a move to reduce pollution in the landlocked body of water that has long been embattled with infamous sea snot

A presidential decree issued Friday declared Turkey’s only landlocked sea and the Princes’ Islands it hosts a “special environmental protection zone,” a title that will help its preservation.

The decree published by the Official Gazette brings new regulations for any activity in the sea, in a bid to protect its waters which suffered from heavy pollution. The Marmara Sea, which covers an area of 11,350 square kilometers (4,382 square miles), is the smallest in the country but is vital to the country’s most populated and industrial cities, from Istanbul to Kocaeli.

Last spring, it fell victim to marine mucilage or sea snot, a thick substance that formed a layer that covered swathes of waters, from coasts to open water. The slimy substance, a consequence of pollution among other factors, suffocated the ecosystem before a cleanup campaign eradicated it above the surface. It still remains in some parts of the sea, well below the surface.

The zone specified in the new decree includes waters off the coast of Istanbul, Kocaeli, Yalova, Bursa, Balıkesir, Çanakkale and Tekirdağ, and the coasts of these provinces.

The new mandate is based on a 1989 decree that authorizes the government to declare places at risk of immediate pollution as special environmental protection zones and allows it to redefine and revise any zoning or development plans. It bans “any plans and projects” before a review process by the Ministry of Environment, Urban Planning and Climate Change can be carried out to examine the possible impacts on the sea. Plans that received the necessary permits before the new decree came into force will be allowed to go ahead.

Most significantly, the decree establishes new waste discharge standards for the entire zone. Untreated waste discharge was one of the key causes of sea snot, an organic matter that flourishes when nutrient-rich sewage flows into seawater without treatment. Sea snot is also linked to high sea temperatures stemming from climate change.

Addressing a parliamentary committee investigating the sea snot problem, Minister of Environment, Urban Planning and Climate Change Murat Kurum said on Thursday that they managed to halt “a change for the worse” in the Marmara Sea and that “the fish are back.”

“The sea is getting cleaner every day and the fish are returning. We are seeing a slow but steady rise in biodiversity and oxygen levels,” he said.

But Kurum warned that finding a lasting solution would prove elusive if we do not save the Marmara "entirely" from the burden of pollution. Kurum called upon lawmakers to support the new initiatives and regulations concerning construction and how waste treatment facilities are operated. “Let us speed up the upgrade of waste treatment facilities across Marmara. We need to implement all structural changes within the next three years,” he stated.

Kurum said they have been investigating the potential sources of the pollution in the Marmara and so far, more than 88,000 inspections have been carried out. “We issued fines whose total amount is $13.5 million (TL 131.6 million) to 899 businesses and 99 maritime vehicles polluting the sea and suspended activities of 140 businesses over pollution,” he said.

The minister added that currently, only 46% of wastewater in the Marmara region is subject to advanced biological treatment, something they want to push to 100% within the next three years. “The reusability rate for wastewater will be increased from 1.2% to 5% in Marmara. This means recycling water enough for one month use for Istanbul (a city of more than 15 million people),” he said.