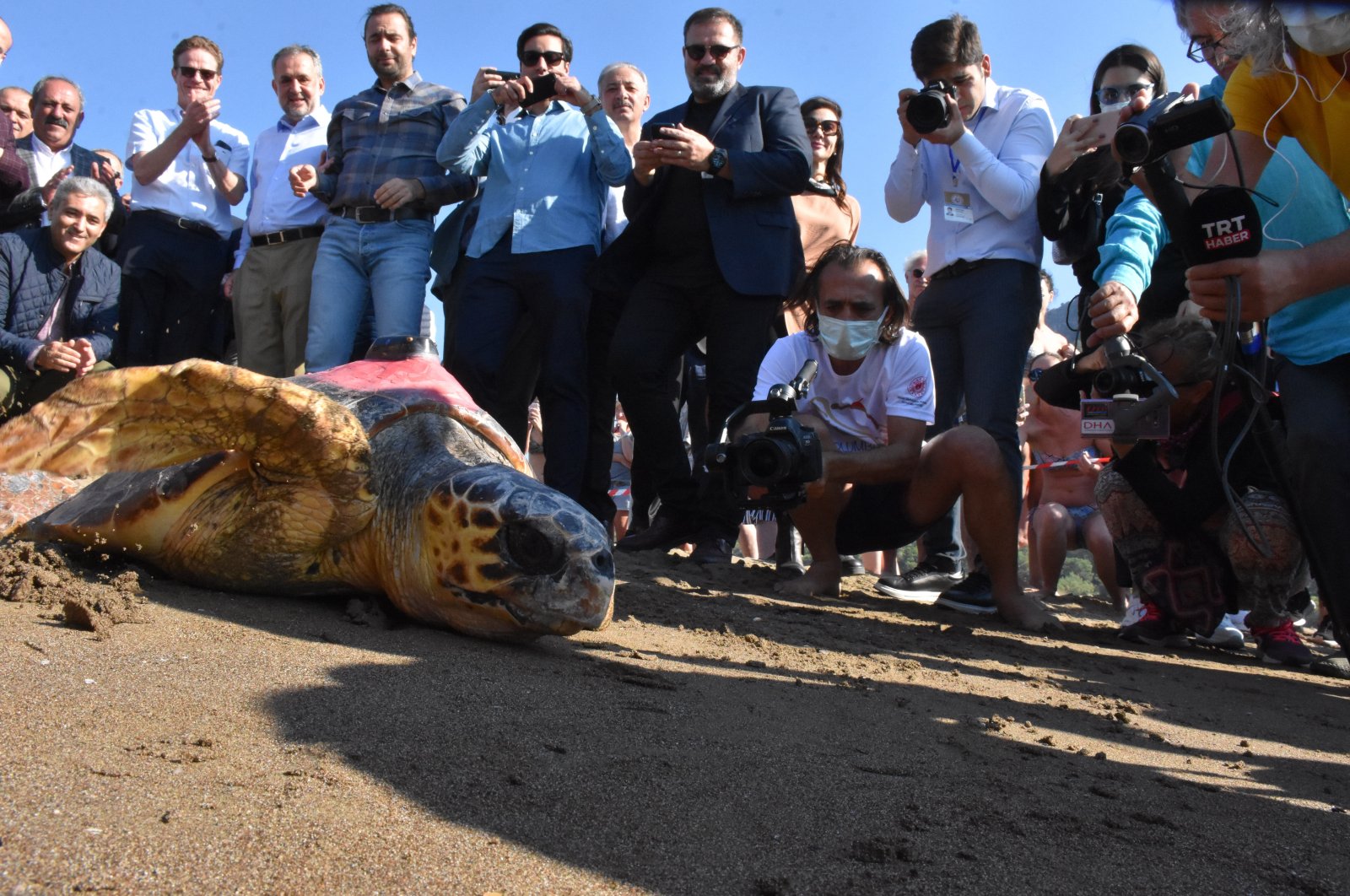 Birpınar gave the example of “Tuba,” a turtle released into the sea two years ago with a tracking device. Tuba swam to the Adriatic Sea. “They normally do not travel so far north. We have seen some others released into sea heading into waters off the coast of Çanakkale (a province on the northern tip of the Aegean Sea). They are increasingly heading to the north, where the water is colder,” Birpınar told Anadolu Agency (AA) on Sunday in Muğla, home to nesting grounds for the turtles.

This change in their course stems from warmer seawater, according to Birpınar, who warns that new invasive species would “invade” waters if the warming is not curtailed and would “prey on other species.”

Water temperatures are critical for the metabolism of turtles, particularly for their incubation. Males of the species cannot incubate at a nest temperature above 29.3 Celsius degrees (84.7 degrees Fahrenheit). Younger turtles are more resistant to cold water, which can also affect their metabolism, but warmer water has more of an impact on them, especially in increasing their heart rate and eventual death.

Birpınar said they have been tracking twenty turtles since last year and have examined their movements, particularly during the change of seawater temperatures. “The Mediterranean Sea is warming and this is evident in the changes in turtles’ routes. If we cannot prevent the warming, we will see new species (resistant to warmer waters) replace the existing species. We have seen toadfish entering the Mediterranean from the Red Sea and devouring the endemic species here as they now find the appropriate conditions in the Mediterranean for their growth. This is not good,” Birpınar said.

Maritime pollution is another threat to sea turtles. Birpınar said Turkey would host a convention of countries littoral to the Mediterranean in December. “Ministers from 21 countries will discuss for three days the ways to prevent pollution and to conserve the existing habitat. We believe all problems can be resolved if humans make peace with nature. Turkey is adopting an environmentally friendly development model. We will work to keep tourism, commerce and cities environmentally friendly and climate friendly,” he said.