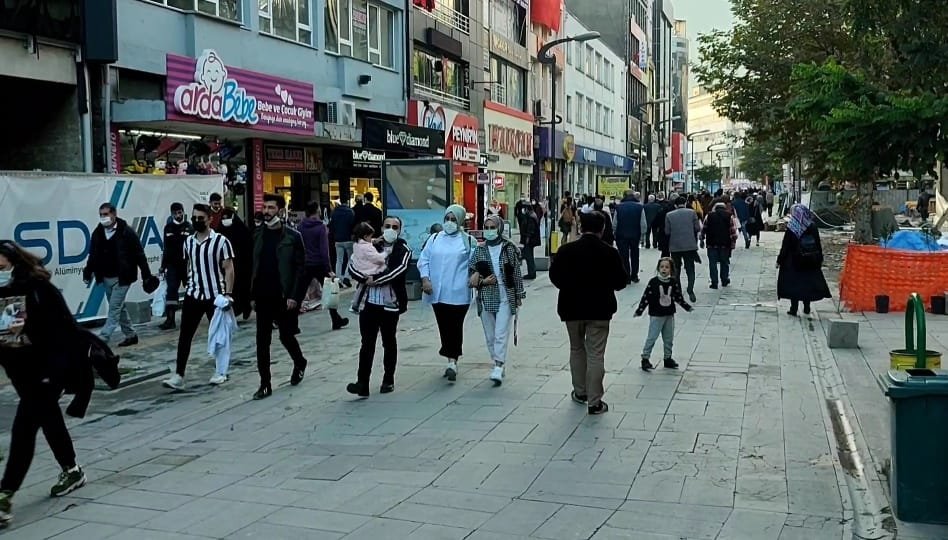 New figures by the Health Ministry revealed that the country’s northern provinces are under a higher risk of the coronavirus. Weekly statistics showing the incidence of COVID-19 cases per 100,000 people put Karabük at the top, with 534 cases.

According to figures for the period between Oct. 23 and Oct. 29, Yalova in the northwest followed Karabük with 489 cases. Ordu, Zonguldak, Kocaeli, Bursa and Bolu, all in the north and northwest, follow them. Southeastern and eastern provinces, on the other hand, boasted the lowest numbers with Şırnak having the lowest number, at 12 per 100,000 people, ahead of Batman, Van, Mardin and Siirt.

The Black Sea region in Turkey’s north, especially its central and eastern parts, has long been under the threat of a surge in COVID-19 cases. Higher mobility in the summer, due to arrivals from other cities for tea and hazelnut harvests, a fast-spreading delta variant and unvaccinated individuals are among factors in the surge.

Turkey’s fight against the coronavirus gained momentum over the summer when the country’s vaccination program was opened up to everyone at the age of 15 and above. Still, vaccine hesitancy deals a blow to efforts to achieve mass immunity by inoculation. The country of more than 83 million people were administered more than 117 million doses of Pfizer-BioNTech and CoronaVac vaccines so far but the number of people with two doses of vaccine is still below 50 million. On the other hand, vaccination rates in most of the 81 provinces are relatively high. The rate is at and above 75% in most places, from the north to the south, while Şanlıurfa in the southeast is the only province in the high-risk category due to a lower vaccination rate, at 54%.

Yalova and Osmaniye had the highest rate of increase in the number of cases compared to the previous week.