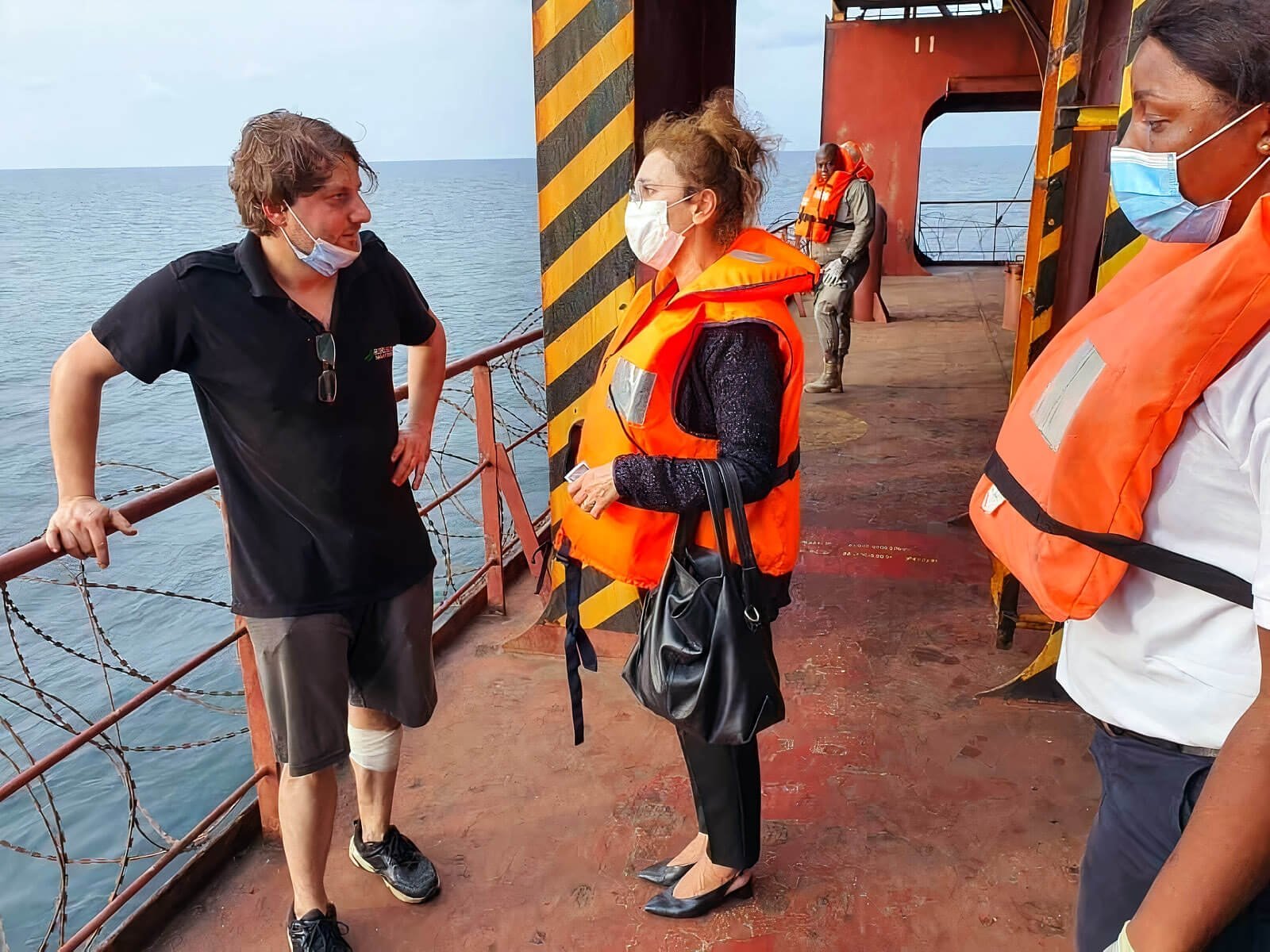 Piracy off the shores of Africa was not on the Turkish shipping sector's agenda as it largely avoided routes that are often infested with armed assailants that take over ships. An incident on Saturday, however, prompted a call to the United Nations for joint action against piracy. Fifteen Turkish seamen remain in the hands of pirates who assaulted the Liberian-flagged M/V Mozart, some 100 nautical miles (185 kilometers) northwest of the island nation of Sao Tome and Principe. The ship is anchored off Gabon's Port-Gentil, with only three sailors aboard, after pirates disabled the ship’s electronics and left the sailors on their own.

Turkish authorities announced that rescue efforts are underway for the seamen. One Azerbaijani engineer aboard was killed while three other crew members managed to reach safety after the pirates abandoned the ship with their hostages.

The Gulf of Guinea – off the coasts of Nigeria, Guinea, Togo, Benin and Cameroon – where the three sailors were left on their own, is the most dangerous sea in the world for piracy, according to the International Maritime Bureau. The attack was the first major act of piracy targeting Turkish seamen since the 2019 abduction of 10 sailors from the country off the coast of Nigeria.

The country’s shipping sector has managed to weather piracy attempts by simply changing routes, but security concerns are high again after the abductions. The sector blames the lack of security measures by the Gulf of Guinea's littoral states for the increasing piracy attacks. Bedri Ince, head of the Turkish Shipowners Association, told Dünya newspaper on Monday that countries’ navies should act in cooperation and that the United Nations should sanction operations in the area against banditry. “(The) Gulf of Guinea has busy maritime traffic, and it is also a busy route for pirates. It is a really dangerous place, and such incidents increased recently. We call upon all Turkish vessels in the area to take every security measure while sailing in the region,” he said. “(The) International Maritime Organization (IMO) can lead the call for joint security action against piracy. Such joint action helped (to eradicate) piracy in other regions,” he said. For instance, pirate attacks off the coast of Somalia that were at an all-time high a decade ago largely died down as shipping companies implemented new security protocols and sailed further away from the Somalian coast and an international task force of warships deterred pirates.

Turkey itself was instrumental in the fight against piracy as it commanded the Combined Task Force between June 25 and Dec. 10, 2020, in the Gulf of Aden, near the Somalian coast and in the Indian Ocean.

Nevertheless, hijackings significantly increased on the western shores of the continent. A total of 195 incidents of piracy and armed robbery were reported in 2020, up from 162 in 2019, the International Maritime Bureau (IMB) said in its annual report earlier this month. Out of 135 sailors abducted globally last year, 130 of them were recorded in the Gulf of Guinea off West Africa, a record for the region.

The Gulf of Guinea, which stretches thousands of kilometers from Angola in the south to Senegal in the north, has now eclipsed the Gulf of Aden off Somalia as Africa's piracy hot spot.

The countries in the region, with the help of the United States and France, have been trying for several years to increase collaboration and bolster their means of intervention. Home to sub-Saharan Africa's two main oil producers, Nigeria and Angola, piracy there has seriously disrupted international shipping routes and cost the global economy billions of dollars.

No news from pirates

In the meantime, the families of the sailors wait to learn the fate of the abducted men. Foreign Minister Mevlüt Çavuşoğlu told reporters in the capital Ankara on Monday that pirates did not contact the shipping company or families yet and the possible whereabouts of the sailors remain unknown.

The minister said the government was closely monitoring the process and had been in touch with all countries in the region for search and rescue efforts. Çavuşoğlu said that security forces and the Turkish ambassador boarded the ship off the coast on Sunday evening. He also said one of three sailors who escaped the pirates was injured in the attack but was in good health now. “We have not heard from the pirates yet. The fourth captain remains aboard the ship with Gabonese security forces (for possible contact with pirates),” he said. “We hope to bring all our citizens home safe and sound,” he underlined.