Turkey's TIKA focuses on eradication of poverty in Kenya 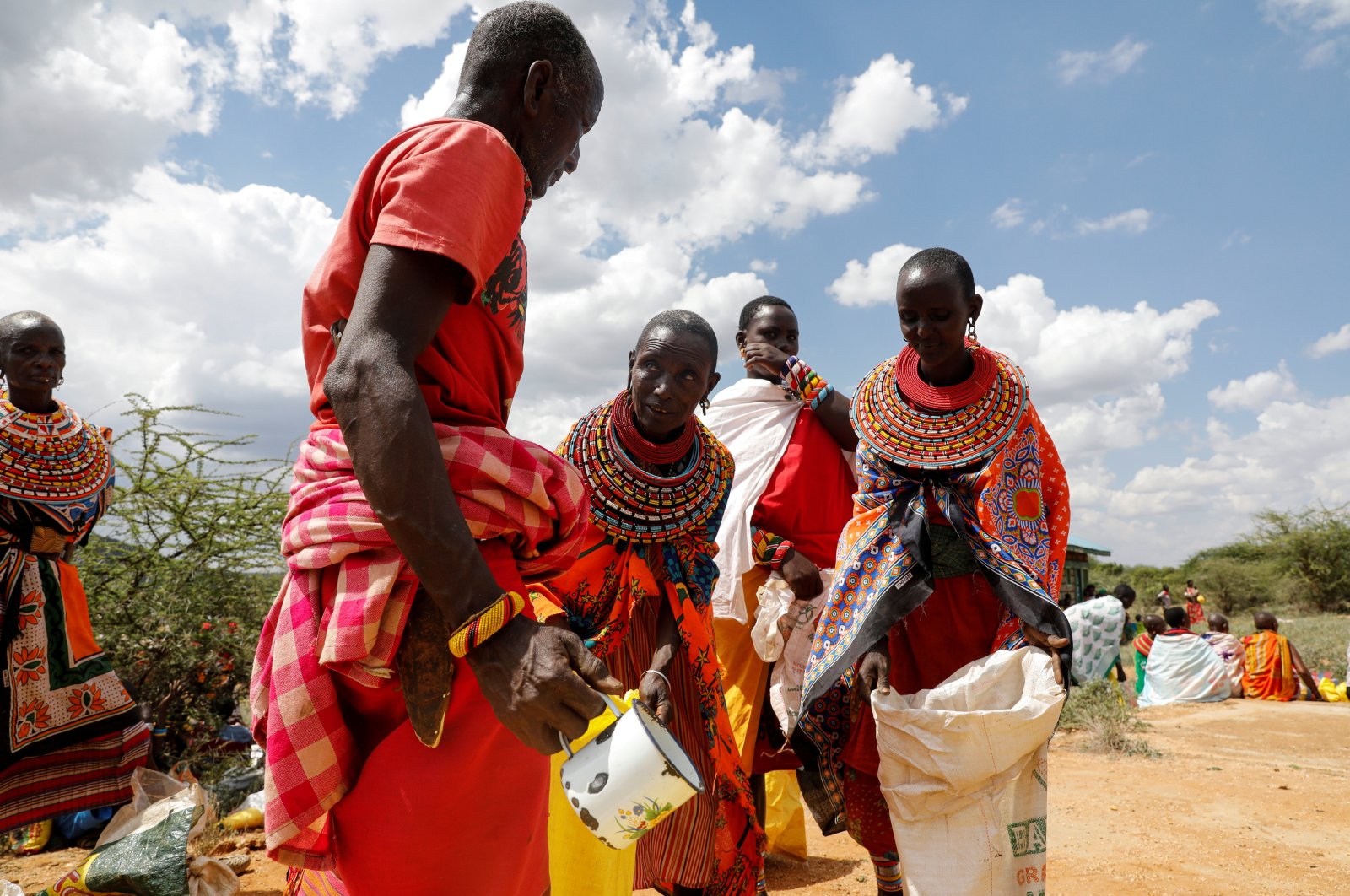 Women from the Samburu tribe receive a food donation given due to an ongoing drought, in the town of Oldonyiro, Isiolo county, Kenya, October 8, 2021. (Reuters File Photo)
by Anadolu Agency Oct 17, 2021 12:55 pm
RECOMMENDED

Turkey's state-run aid organization, the Turkish Cooperation and Coordination Agency (TIKA), has been on the front lines in fighting poverty in Kenya and distributing aid to millions who need it on the African continent.

Kenya has benefitted from numerous Turkish aid programs since TIKA started operations there in 2012.

As the world marks International Day for the Eradication of Poverty on Oct. 17, TIKA's poverty eradication projects have had a ripple effect, touching those who most need it and spreading like wildlife throughout communities.

In an interview with Anadolu Agency (AA), Eyüp Yavuz Umutlu, TIKA's coordinator in Nairobi, discussed the agency's long-term vision in Kenya and how Turkey is focused on eradicating poverty in the country with an emphasis on improving living conditions for impoverished Kenyans.

Umutlu defines poverty as "the situation of not having income to meet most or all of your daily needs. I think lack of some public services ... for example in health, in education or other social services."

He said nearly all TIKA projects support the eradication of poverty across sectors such as health, education, agriculture, water, sanitation and hygiene.

This year, in Lamu County along the Kenyan coast, TIKA donated high-powered boat engines to fishermen in one project.

"They can put these engines on their dhows and they can go to much more economical places in the deep sea easily and they can fish much more than before," said Umutlu, adding that fishermen households will benefit from the project.

"This is another sustainable livelihood project for us," he said – one is a tailoring production unit, another is a handicraft unit and the remaining two are beadwork production units.

TIKA has also rolled out an improved livelihoods project that focuses on the production of organic seaweed fertilizer for communities living along the coast.

"This is one of the most exciting projects for us because we are establishing a production unit," he said. "People will get the seaweed from the ocean and that way they clean the coast as they use this seaweed for making organic fertilizer."

TIKA has drilled wells across the country to help people access water, which is a basic need.

"For example, in Kajiado, we implemented this project and nearly 3,000 residents are benefitting from one well," he said.

"In these medical camps, there are free checkups, surgeries, provision of prescribed medication and we conducted medical camps of Computed Tomography (CT) scans, dentistry, gynecology, urology, pediatrics and general surgery areas," said Umutlu, noting the health of an individual is linked to poverty.

He added that TIKA tries "to support people if they lack equipment ... we are supporting them with that equipment. In the case of training, also, we are supporting them with training even in some projects, we try and connect them to the markets, It could be in Kenya or outside of Kenya, it is one of the most important things for the real solution of poverty – teaching how to fish rather than giving the fish."

TIKA donated equipment to the Kenya Agricultural and Livestock Research Organization (KALRO) last year to boost food security in western Kenya and to support agriculture, which is the backbone of the Kenyan economy.

TIKA also helped the Lessos Farmers' Cooperative Society in Nandi County by providing modern, critical Turkish machinery for improved silage production to provide quality feed for livestock, which in turn established a more sustainable feeding cycle. The farm equipment, which is now aiding hundreds in the community, is worth $86,000.

Turkey has also been on the front lines to set Kenyan farmers on the path to profiting from beekeeping thanks to beehive donations.

The hives can produce up to 20 kilograms (44 pounds) of honey per harvest, which can be sold for around 800 Kenyan shillings ($8) a kilogram. Most farmers harvest the hives four times a year, providing up to 64,000 shillings ($592) per hive annually.

Other East African countries have also been receiving similar aid from Turkey via local TIKA offices. This has positively impacted the lives of millions of people.