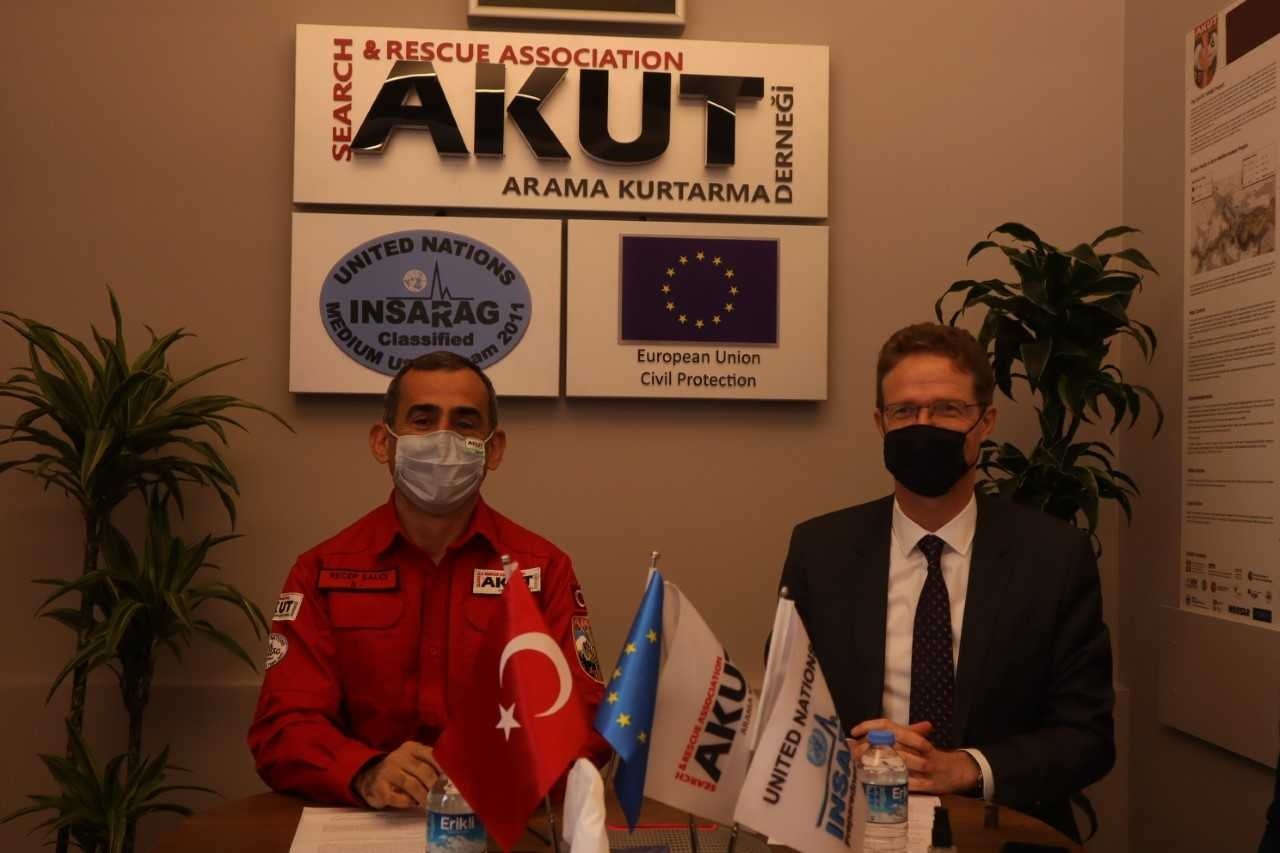 The Search and Rescue Association (AKUT) was founded in 1996 and rose to prominence when a devastating earthquake struck northwestern Turkey three years later. Today, it is among the most renowned rescue organizations in the country. On its foundation anniversary, it seeks to raise awareness about another big earthquake in the same region.

AKUT is the country’s first search and rescue nongovernmental organization (NGO) and was founded by a group of mountaineers. In more than two decades, it made a name for itself with successful rescue operations, particularly in earthquakes. The association’s members held a press conference to mark the anniversary on Wednesday, in the presence of Nikolaus Meyer-Landrut, head of the European Union Delegation to Turkey. The theme of the press conference was the Istanbul earthquake, predicted to hit the country’s most crowded city in the near future.

The association’s president Recep Şalcı said at the press conference in Istanbul that Turkey rose to prominence with its search and rescue teams in the world but they would prefer to be remembered as belonging to a country that has taken the most precautions against earthquakes. “We need a culture of disaster (awareness) and make our buildings more resistant to earthquakes,” he noted. He said they need to act fast for the anticipated Istanbul earthquake. “As AKUT, we have emergency plans ready. We have 26 crews in other cities who can respond between two to 10 hours, to any earthquake. We have an integrated plan with Disaster and Emergency Management Authority (AFAD) and have 1,600 volunteers,” he said.