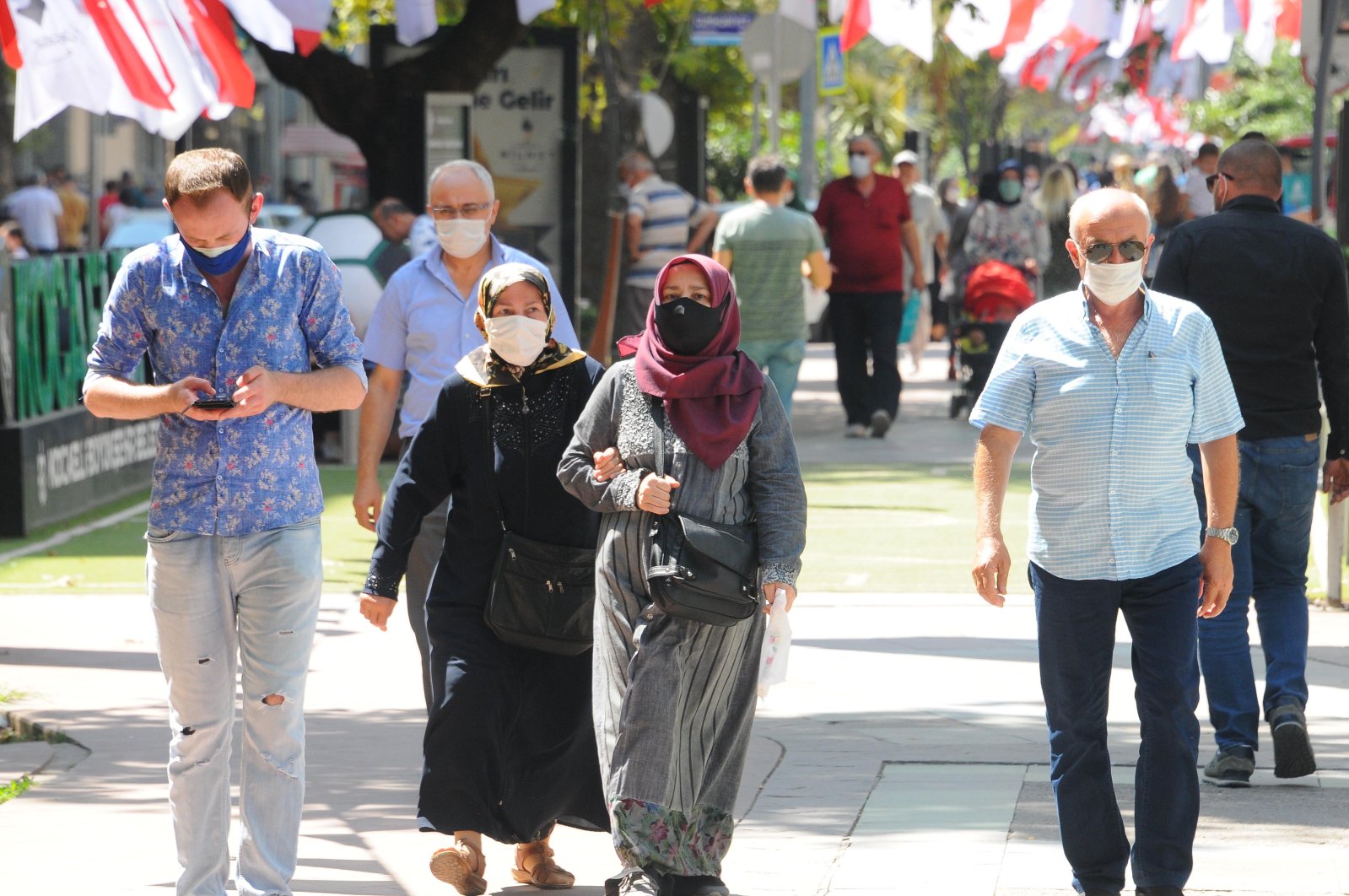 If people heed the measures designed to slow the coronavirus's spread, Turkey’s daily caseload could significantly drop by late September or early October, an expert said.

Turkey has recently seen daily cases fluctuating above 1,000, and professor Mustafa Necmi Ilhan of the Health Ministry’s Social Sciences Board, set up in response to the pandemic, believes they will remain so in the near future. “I believe we have another 15 days with this steady trend,” he said, pointing to higher mobility earlier this month due to a Muslim holiday. Millions hit the road, heading to their hometowns or vacation resorts in the south during Qurban Bayram, also known as Eid al-Adha, which ended on Aug. 4. “Some citizens took extra leave and extended their holiday and some returned as late as Aug. 20. So, we still have more days ahead to see whether they are infected,” Ilhan told Ihlas News Agency (IHA) on Friday.

He said the worrying trend in daily caseloads stems from people relaxing self-imposed measures and ignoring mandatory masks and self-isolation rules. “If people turn a blind eye to measures, restrictions may come back,” he said, referring to a set of restrictions including curfews, which were gradually lifted at the beginning of summer. “There may be up to 1,500 cases a day in the coming weeks but then, in late September, we project a decrease in the cases if more people comply with the rules,” he said. “People who wrapped up their holidays either took the virus with them to places they visited or they were infected and brought it to the place they live. So, they should be more careful and avoid crowded places. People will be indoors more when the weather gets colder in the coming months, so it is important to be extra careful in autumn,” Ilhan warned.

Turkey confirmed 1,491 new COVID-19 cases Thursday, bringing the total number of cases to 263,998. Meanwhile, the total number of recoveries reached 240,792, Health Minister Fahrettin Koca announced on Twitter. Citing Health Ministry data, Koca said some 995 patients recovered from COVID-19 over the past day. Meanwhile, the death toll in the country reached 6,209, as 26 more people lost their lives. Health care professionals conducted 106,111 more tests over the last 24 hours, pushing the tally to 6.72 million. Of those infected, 7.3% suffer from pneumonia. Koca said the number of patients in critical condition had increased to 862.