Turkish center in Syria reaches out to war victim amputees 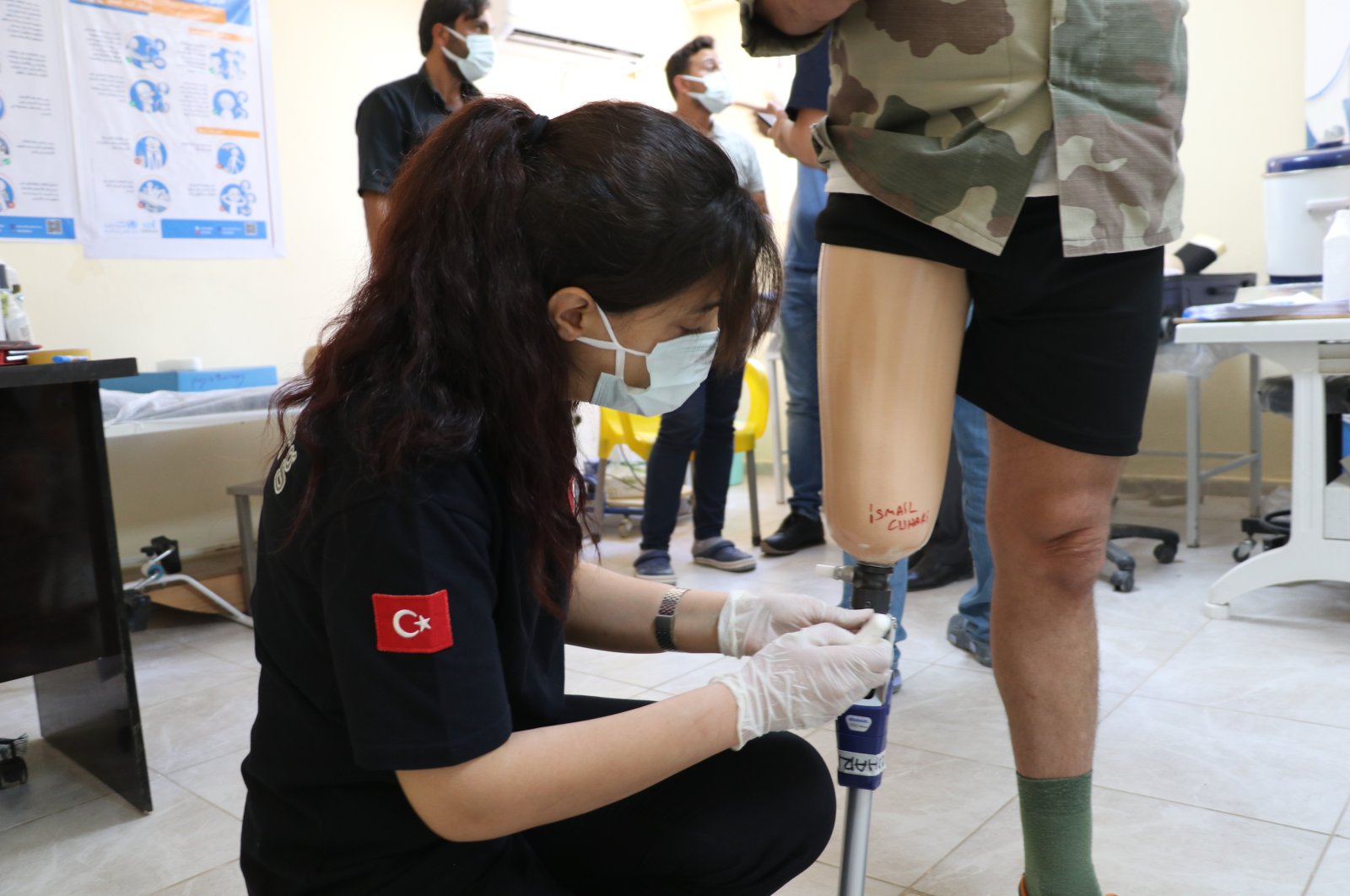 “I will celebrate two festivals,” Bashek Ali says, as he checks his “new” right leg. Ali will be fitted with a prosthetic leg before the upcoming Muslim festival of sacrifice, Kurban Bayram (Eid al-Adha). He is among applicants to the northern Syrian town of Tal Abyad's Physiotherapy and Rehabilitation Center.

The center primarily caters to people who lost limbs in terrorist attacks, to landmines planted by terrorist groups or to attacks by Assad regime forces. It was jointly founded by the Directorate of Health in Şanlıurfa, the southeastern Turkish province across from Tal Abyad, Istanbul-based Alliance of International Doctors (AID) and Kuwait’s state-run charity Bait al Zakat. Tal Abyad was liberated from terrorist groups in 2019 through the Turkish military’s Operation Peace Spring. The center was opened last April to help victims of the decadelong conflict where thousands were killed either by the hands of forces loyal to the Assad regime or in attacks by Daesh and the YPG, the Syrian branch of the terrorist PKK group, which used to control Tal Abyad before Turkish operation.

So far, 1,200 patients have been treated at the center and 35 people have been fitted with prosthetic limbs. Ali lost his right leg when he stepped on a landmine planted by Daesh in Syria’s Raqqa in 2018. He looks forward to “getting rid of my cane.”

Majed Abu Maher, a Tal Abyad resident, lost part of his leg two years ago in a work accident. He applied to the center to get a new prosthetic leg and was supplied one for free. “I am thankful to everyone working here,” he told Anadolu Agency (AA) on Thursday.

Abu Baran Covhari lost his leg due to a lack of access to proper treatment. Covhari was shot in the leg by a YPG member in 2015 and the terrorist group prevented him from traveling to Turkey for treatment, he said. After much delay, he was finally allowed to go to the Turkish border province Gaziantep for treatment, but by then it was too late for him. Doctors had to amputate his leg, he said. “Doctors did all they could and tried to patch a damaged vein in my leg but it failed. They cut off the leg and fitted me with a prosthetic leg in 2016,” he recounted. He applied to the center for a new prosthetic transplant and he received one. “They were very kind and compassionate about patients. I am grateful to the staff here,” he says.

Dr. Muhammad Abdallah, who works at the center, says they are now working to fit 10 more patients with prosthetic legs and arms. “Private hospitals charge them up to $2,000, but we offer them a free service here,” he says.