Turkish charities brighten up gloomy Ramadan around the world 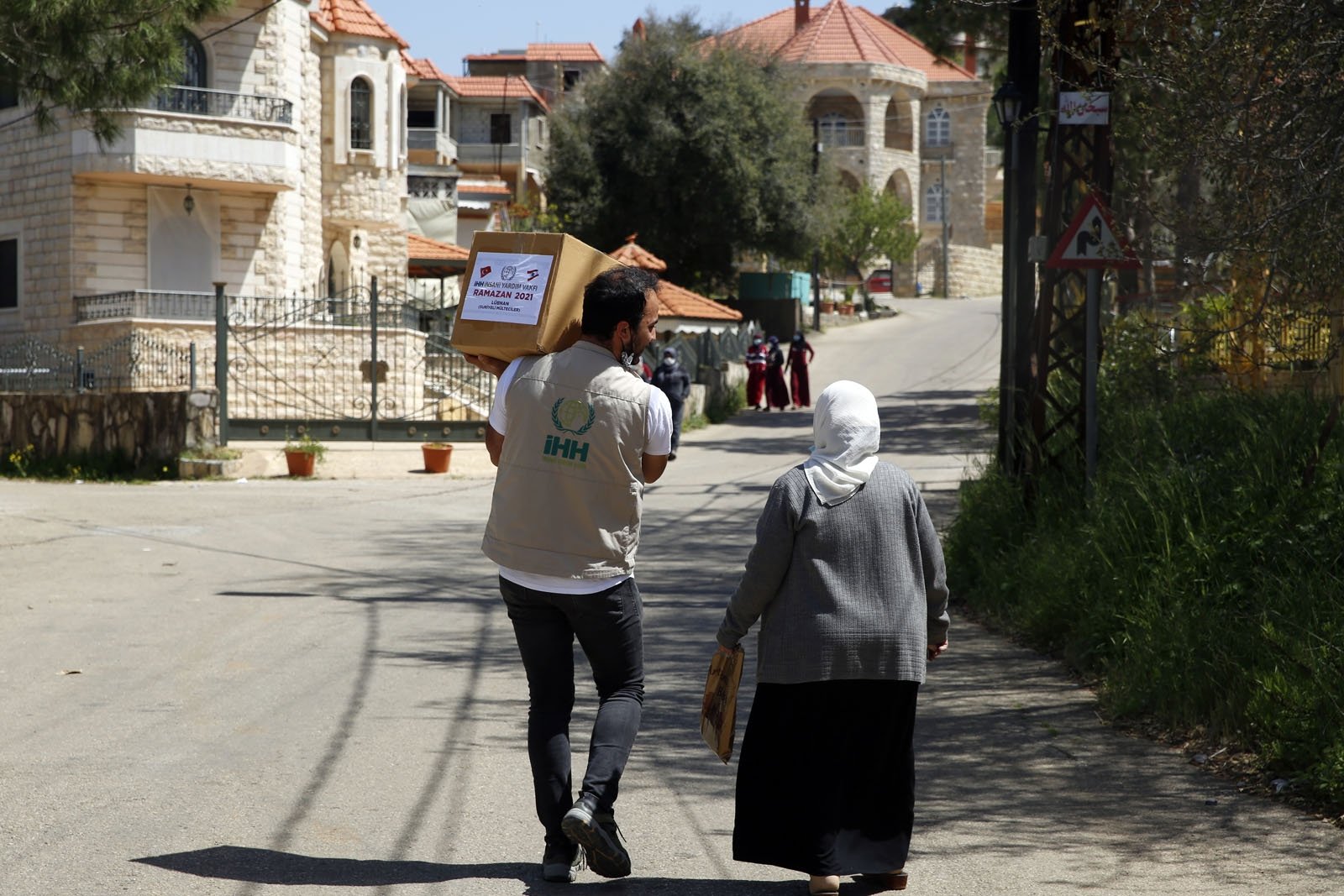 Despite the pandemic having dampened the atmosphere this Ramadan Bayram, a usually joyous occasion that marks the end of the holy month of fasting, Turkish charities have been hard at work spreading prosperity and cheer with international aid

With the COVID-19 pandemic worsening poverty, Ramadan Bayram, also known as Eid al-Fitr, celebrated by millions of Muslims around the world to mark the end of the eponymous fasting month, is a grim occasion this year. Turkish charities, which accounted for more than one-fourth of all global humanitarian aid before the pandemic, seek to alleviate problems being faced by communities all over the world, with campaigns special to Ramadan.

The term "al-Fitr" refers to Muslims' obligation to be charitable if they have the means. Along with fitr or fitra, zakat, one of the five pillars of Islam which involves making a larger donation to those in need, is traditionally done before or during the Muslim holidays. Charities collect and oversee donations as well as non-monetary aid, which they distribute to the poor across dozens of countries.

The Turkish Red Crescent (Kızılay), one of the oldest charities in the country, runs an aid campaign that began at the start of the Islamic holy month and culminated with the bayram. Like other charities, the Turkish Red Crescent has both been delivering aid and collecting donations throughout the month. Kerem Kınık, the president of the charity, says they received more donations than expected despite the pandemic. The charity delivered cash aid, meals from soup kitchens for iftar (the fast-breaking meal) and sahur (the pre-dawn meal before the start of fasting) and handed out pre-paid, online shopping cards to those in need in Turkey.

“We reached out to more than 8 million people in 18 countries and in Turkey and spent a budget of more than TL 200 million ($24.2 million) on aid,” he told Anadolu Agency (AA). In addition to the professional teams, the charity recruits more than 60,000 volunteers to plan and deliver the aid. This year, it also handed out aid to people who were unable to work due to COVID-19 restrictions, from service sector personnel to cleaners.

On World Orphans Day, which fell in the second week of Ramadan, the charity delivered aid to orphans in 18 countries. It also delivered new clothes to 410,000 children across the world as gifts for bayram, a time when children traditionally dress in new outfits and visit relatives and neighbors. “Most children will stay at home this bayram and may not need new clothes, but they still deserve it,” Kınık says.

During Ramadan, the Istanbul-based Deniz Feneri Association reached out to 15,000 families in the country and delivered food aid in 25 countries, many of which are under lockdown. Mehmet Cengiz, the association's chairperson, says that the number of people requesting aid increased mainly due to the pandemic and its ripple effects. He noted that food and cleaning products were the most requested items.

Based on the demand, Cengiz said that the charity concentrated on providing food and cleaning materials rather than collective iftar meals. He noted that the association mostly distributes food packages and hot meals across Turkey during Ramadan. The pandemic also forced the charity to cancel plans to host collective iftar dinners in 20 countries.

Cengiz underlined that the charity had planned to distribute food packages to families and bayram allowances to orphans in 20 countries, including Afghanistan, Bangladesh, Burundi, Palestine, Montenegro, Lebanon, North Macedonia, Somalia, Sudan and Yemen. Iftar programs were organized on a smaller scale for those in need in Burundi, Sudan, Bangladesh, Cameroon and Yemen while hot meals were distributed in Yemen and in Palestine's Gaza Strip during the holy month.

The charity also distributed food and hot meals to displaced families in neighboring Syria. Food and cleaning materials were given out at two camps set up by Deniz Feneri in Syria's Azaz region, home to thousands of people. During the bayram festivities, the charity reached out to 5,000 orphans, offering them each TL 125 as "pocket money," Cengiz said.

Bülent Yıldırım, director of the Humanitarian Aid Foundation (IHH), says they delivered aid to more than 2 million in need across 50 countries throughout Ramadan. Yıldırım also noted that the delivery of 250,000 monthly food parcels had been expedited along with clothes for more than 100,000 orphans in 27 countries. "We reached out to families whose members lost their jobs during the pandemic in Turkey and the homeless as well throughout Ramadan," he said. IHH focuses its aid on countries grappling with conflict and poverty, including Syria, Yemen, Libya, Lebanon, Somalia, Afghanistan, Iraq and various African countries.

The Turkish Cooperation and Coordination Agency (TIKA), which is known for its development aid, organized aid campaigns to help hundreds of thousands of people in 87 countries. Instead of the traditional dinners the agency normally hosts across the world, this year it delivered food to countries, including Afghanistan, Albania, Bangladesh, Ethiopia, Pakistan, Colombia, Azerbaijan, Somalia and the Palestinian territories.

The Diyanet Foundation (TDV) has distributed aid in 75 countries as well as in every district in the nation's own 81 provinces throughout Ramadan. Speaking to AA, Ihsan Açık, the deputy chairperson of the board of trustees of the TDV, said they aimed to "shoulder the burden of humanity's conscience."

By the end of the Muslim fasting month, the TDV, affiliated with Turkey's Directorate of Religious Affairs, distributed more than 77,000 prepaid shopping cards for the needy and 1,100 food parcels across Turkey. Abroad, it distributed thousands of food packages and clothing in 14 countries. With the support of TL 31 million in donations gathered from across Turkey, the TDV was set to deliver aid to approximately 1 million "oppressed and victims" in the country and abroad, with a total budget of TL 61 million, Açık said. Açık emphasized that many families who lost their livelihoods or income due to the lockdown and pandemic this year had applied for aid and assistance to the TDV. On the other hand, he said, there was also an "obvious increase" in donations in 2021 compared to last year. "Although our people have their own problems, they don't forget the needy at home (in Turkey) and abroad. They're even more sensitive now," he said.