Turkish charities reach out to water-deprived communities in Africa 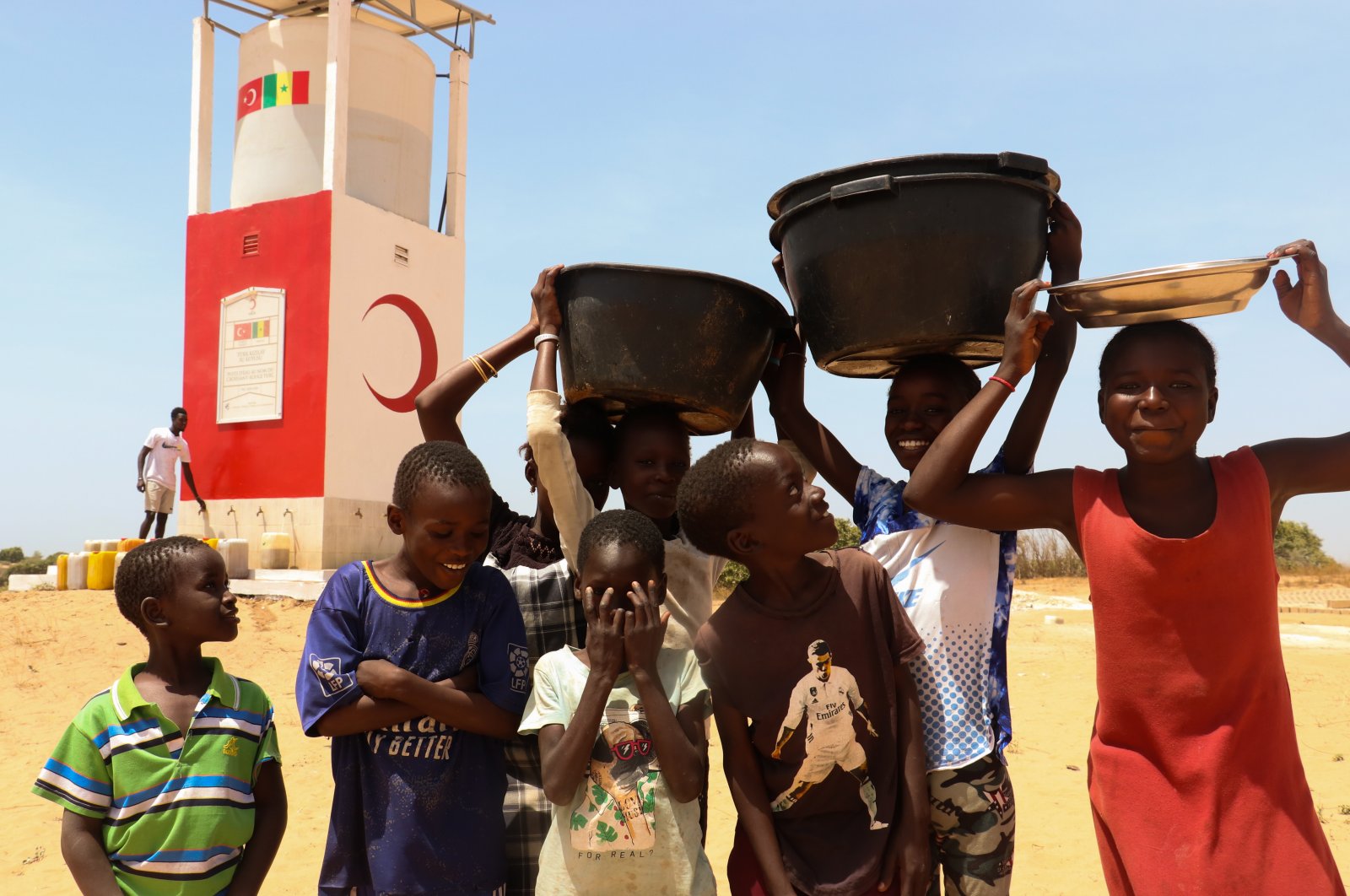 As millions mark World Water Day without the precious substance on Monday, charities of Turkey bring relief to hardest-hit Africa with water wells they built across the continent

Africa sits on nearly 9% of world’s freshwater resources, according to a United Nations report, but the situation is grim for millions in the continent on World Water Day that is marked on Monday. Building water wells is the fastest way to address water shortage concerns, even if temporarily, and Turkish charities boast in leading efforts to that end. From the Turkish Red Crescent (Kızılay) to Doctors Worldwide, charities facilitate access to water for poor communities in the continent.

Although global warming remains a threat to water resources across the globe, Africa is already battling a chronic water problem. After Australia, it is “the driest continent” in the world, despite the existence of bodies of water like the Congo, Zambezi, Niger and Nile rivers and Lake Victoria. The projections by the United Nations show the population in the continent will reach 2 billion in 2050 but by then, half of the fields fit for cultivation will disappear due to water scarcity.

In sub-Saharan Africa where about 680 million people live, only 60% of the population has access to clean water resources. Inner regions of Senegal situated on the Atlantic coast are under particular risk. The Turkish Red Crescent is preparing to unveil a large water well in the village of Keur Bakary Sarr near the city of Thies in Senegal later this month. Abdullah Kaya, who heads the Turkish Red Crescent delegation in Senegal, said the well will address the water needs of about 4,000 people living in 10 villages around Keur Bakary Sarr. Kaya said factories near the villages heavily polluted existing water wells in the area and hindered access to clean water. Only a few wells remain in remote areas and the locals either walk for kilometers or carry water via horse carts to their villages. Joining forces with Senegal Red Cross, the Turkish Red Crescent decided to build a well for villages that will generate its energy from solar panels. “Solar-powered wells can store 12 tons of water in three to four hours and are fitted with multiple taps. The well will be usable for at least 10 years,” he told Anadolu Agency (AA) on Monday. The charity also trains locals on how to maintain the wells and will also build fountains in villages, to save locals from traveling to the well for water.

The Red Crescent is also constructing another well in Buburel, a village near Senegal’s Touba and that well will provide water for about 10,000 people. Last year, the charity built 27 water wells in Uganda, Senegal, Chad, Niger and Somalia and this year, it plans to build 22 more, including 10 in Senegal.

“We regularly check the wells and try to maintain them as long as possible. Whenever we come here, we are welcomed by smiling people. It makes us happy to see people with that joy on their faces. We are grateful to our donors for making this happen,” Kaya said.

The new well will be a relief for Khadija Hadi, a local in Keur Bakary Sarr who laments sleepless nights in search of water. “I need water most for washing dishes, for cooking and cleaning. I had to travel every night on horse carts to get water from wells in other villages so that there won’t be a queue. Still, you have to wait for hours and I usually return home in the morning. I was so happy when I heard that Turks would build a well here,” she told AA.

Yeryüzü Doktorları (Doctors Worldwide Turkey) is another charity building water wells in Africa. It also provides access to clean water for communities in Afghanistan and Bangladesh. In the past eight years, it financed the construction of 398 water wells in these two countries, as well as in Chad, Cameroon, Kenya, Congo, Niger, Somalia and Tanzania. Their water wells gave access to water for more than 232,000 people. The charity says that some 485,000 people die every year after drinking polluted water every year, according to World Health Organization (WHO), and contaminated water kills more children than those killed in conflicts. The charity, whose main mission focuses on medical aid, started building wells in 2013. Mert Özleyen, an official from the charity, said clean water was important as polluted water leads to diseases from diarrhea to cholera and typhus, a leading cause of fatalities particularly among children aged 5 and under.

“We are working to ensure access to water for communities deprived of it. We also witness how people struggle for water. For instance, when we visited a village in Afghanistan’s Baghlan for building a well, we have seen people walking for kilometers just for a bucket of water. Their only water source was a basin where rainwater is mixed with underground water, and they had to wait for hours before the mud in the water was dissolved,” Özleyen recounted. “But the water was still not clean and people often used to fall sick. The well we built in that village saved them from a chore that took hours and spared them from crushed hopes they harbored when there was no rainfall. Most importantly, they are not as sick as they were before,” he said.

IDEA Universal based in Istanbul helped 168,000 people gain access to water in Africa. The association’s founder, Hayri Dağlı, told AA on Monday that along with wells, they also set up 85 “smart villages” in poor countries that tap into technology for self-sustainable energy and irrigation systems for villages. “We use solar-powered wells whose condition can be tracked by satellite technology instead of traditional, manually activated wells. We bring water from a depth of 150 meters (490 feet) to the surface and install fountains outside every home in villages for easy access to water. We only ask them to generate a pool fund with a small sum of money, equivalent of around TL 0.5, for every bucket and so, they can maintain the wells even if we are unable to help them. So, the wells never run out,” he said.

“When we tell people in those villages that we are from Turkey, you can see how we are welcomed very differently than people from other countries. Everyone in those villages knows how strong the bonds between Africa and Turkey are. They know we help them without asking for anything in return. We only ask them for their prayers,” Dağlı said.