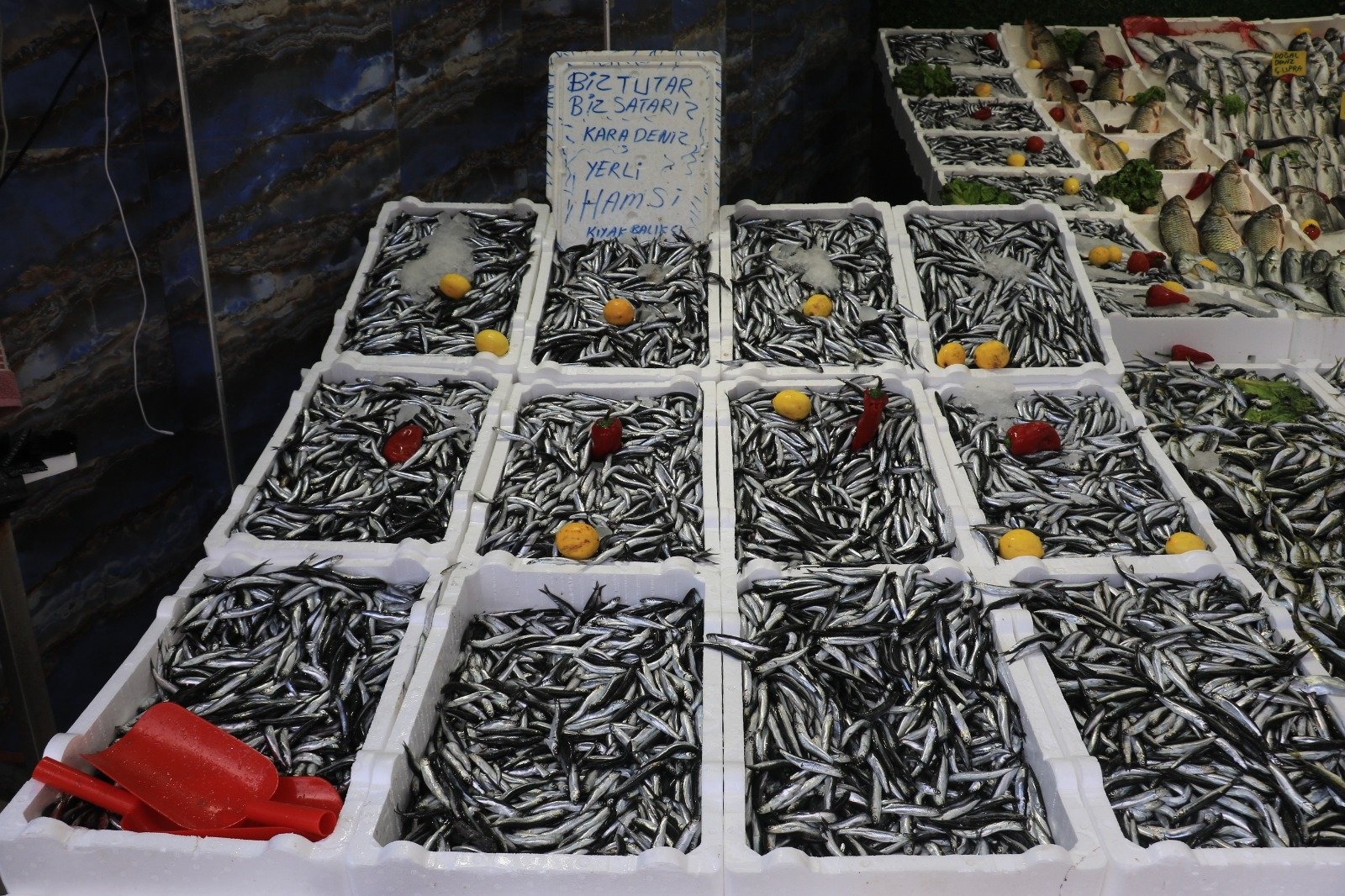 With Turkish seas void of the country's national fish just three months after global warming took its toll on fishing stocks, fishermen are now forced to venture to Georgian waters

Hamsi, a type of Turkish anchovy and one of the country's most consumed fish, gave plenty of fishermen reason to cheer when the fishing season opened in September. However, the number of fish found most prevalently in the Black Sea gradually dwindled within three months. Nowadays, more and more fishermen are setting sail to Georgia's Black Sea shores in search of more hamsi. Declining hamsi stocks raised alarm bells in the region where thousands rely on fishing for their livelihoods, but the phenomenon does not come as a surprise to experts. The worsening climate crisis that caused a rise in seawater temperatures is among the main factors linked to the drop in hamsi numbers in Turkish seas.

"The sea is not warm enough for hamsi to thrive," Recep Denizer laments. The fish trader based in Trabzon, a northern province that serves as Turkey's hamsi hub, says the fish stopped migrating to Turkish shores earlier, something he also ties to the growing number of fishing boats. "They head to Georgia where the fishing is less compared to Turkey and the sea is calmer. Our boats are able to find more there," he told Ihlas News Agency (IHA) last week. Denizer says the Turkish public will be deprived of hamsi caught along the Turkish shores of the Black Sea until at least January. "Our fishermen will sell the fish they hunt there in Georgia at first and they will return with remaining fish to Turkey in January," he said. Denizer added that the fishermen faced an extra challenge with increasing fuel prices.

Still, the future is not bright for hamsi, which shrank in size and numbers, forcing the government to impose a temporary ban on fishing last year. Studies conducted last year showed that the size of the species remained well below the usual 9 centimeters (3.5 inches) or higher and they had less meat on average.

Professor Osman Samsun, a maritime sciences expert from Sinop University in the eponymous province on Turkey's Black Sea coast, says the fish needs international protection and inspections in the face of overfishing and the climate crisis. Climate change has caused water temperatures in the Black Sea to increase, and last month, the temperature increased above average by 3 degrees Celsius (5.4 degrees Fahrenheit) to 13 degrees Celsius. Experts say a rise, although slight, has become more visible in recent years and that it has a big impact on the ecosystem of the Black Sea, changing fish migration patterns, driving hamsi further away from the areas near the coast and last but not least, warmer waters bringing new invasive species into their habitat.

"Hamsi is a shared fish of Turkey, Russia, Bulgaria, Georgia, Romania and Ukraine. These countries should act together to preserve it," he told Demirören News Agency (DHA) on Monday. Though Turkey banned catching smaller fish, other countries did not impose such restrictions, which affected the fish stocks. Samsun says that more fish are migrating to Georgian territorial waters. "We face a negative outlook in recent years. The size of hamsi decreased and the hunt ends early because of depleted stocks. Fishermen were able to catch hamsi for up to five months in a year and now, they have only a few months," he says. He also pointed to another problem, one that impacts Turkish consumers, who will have to buy the imported fish at a higher price and "it will be less fresh."

Samsun hailed last year's ban but says it alone is not enough to save the declining stocks. "Six countries littoral to the Black Sea have to establish a joint inspection and preservation mechanism to protect it. For instance, no fish below 9 centimeters can be legally sold in Turkey but in Georgia, a 7-centimeter-long fish is acceptable to catch. Besides, they use it as raw material as feed for poultry. We need international action for the fish to remain a dish for human beings only and to prevent the economic suffering of our fishermen," he added.