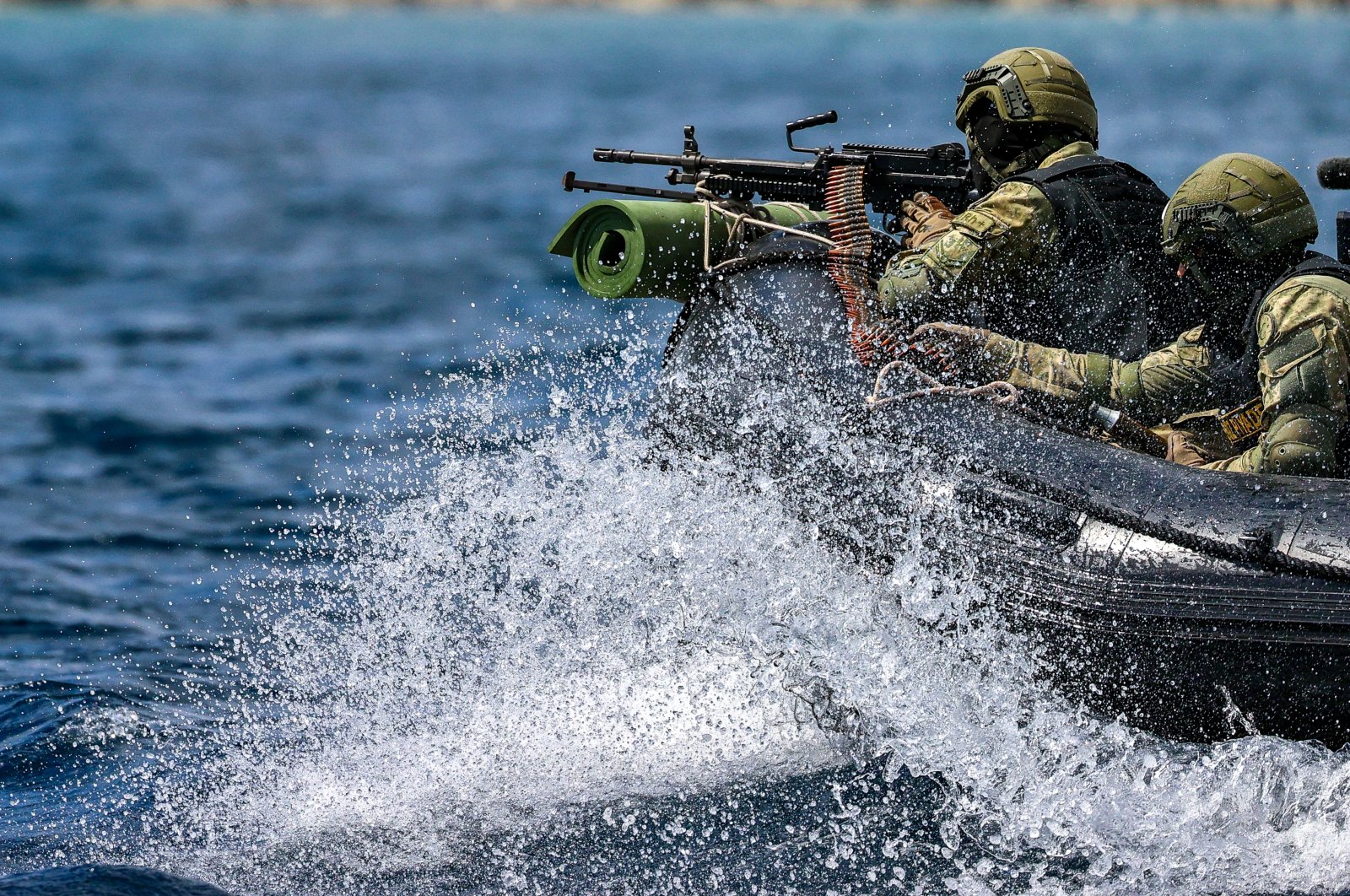 Informally known as the “crocodiles,” members of the Turkish Armed Forces' (TSK) elite amphibious infantry units showcased their skills in a recent training session seen by the Anadolu Agency (AA).

Marines of TSK, undergo a strict training regimen on land and at sea, as the country remains on alert to defend what it calls the “Blue Homeland,” in reference to territorial waters in the Aegean, Mediterranean and the Black Sea.

The Amphibious Marine Brigade is based in Foça, an Aegean town in the western province of Izmir serving under the Naval Forces Command. The units’ significance came to the fore recently amid tensions in the Aegean and the Eastern Mediterranean with regional countries.

Strict training sharpens the physical and military skills of the unit. Basic and advanced training sessions involve a series of scenarios. At sea, they learn how to infiltrate into a ship by using fast-moving small boats, rappeling down to a ship from a helicopter and neutralizing targets at sea, as well as boarding larger ships with smaller boats.

Marine teams are also trained to fire rocket launchers at enemy vessels while aboard small, fast-moving boats, one of the most difficult shooting techniques.

By the end of the training, soldiers learn how to approach enemy lines on the coast stealthily, as well as how to carry out reconnaissance and neutralize targets.

TCG Sancaktar and TCG Bayraktar, two locally-made amphibious tank landing ships accompany the marines during the training. Two giant vessels, with a height of 13,875 meters and 1,960 meters wide, simulate various scenarios for marines. In one such scenario, they are “hijacked” by terrorists.

Armed to teeth, a marine team aboard a speed boat approaches the vessel and climbs a boarding ladder. After finding a secure spot to convene after the mission, they proceed to climb the upper floors of the ship, neutralizing hostile elements one by one in a full sweep of the ship. In another scenario, they rappel down a helicopter to seize back the control of the hijacked ship. Another scenario involves a coast landing, from aboard landing ships and neutralizing beachheads.