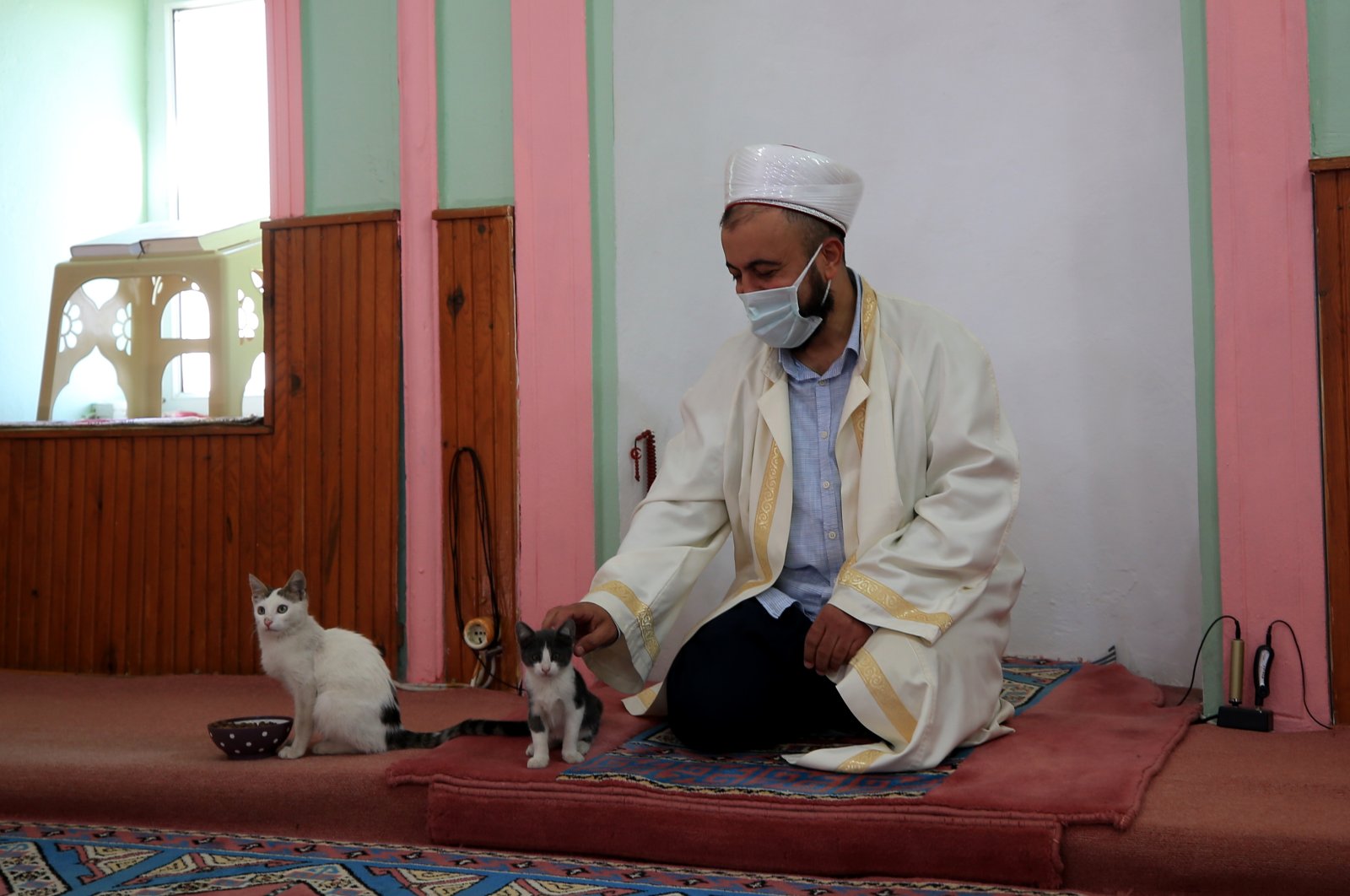 An imam’s act of kindness found support among the congregation and a village mosque in northwestern Turkey is now home to stray cats seeking a cozy, warm place amid falling temperatures.

Hüseyin Koçak, assigned to the mosque in Kırklareli province’s Ahmetçe village five years ago, came across motherless kittens trembling on a winter’s day at mosque’s courtyard. Koçak took them in and cared for kittens. Soon, the faithful attending the mosque joined him and kittens now call the mosque their winter abode. Koçak and others regularly feed the cats. Cats also find a space to play inside the vast mosque, huddling with the imam and casually walking among ranks of the faithful performing prayers. “Every creature has a right to life. The winter is harsh here especially for animals and we are trying to help cats in the village against the cold weather,” Koçak told Anadolu Agency (AA) on Thursday.

“Our care and love for animals stem from sympathy and affection our Prophet showed towards animals as we witnessed from his Hadiths. They are living beings like humans and Allah calls them His “mute servants.” They cannot speak but we understand their plights. We know they are hungry, thirsty and need a warm a place. We are doing what every person with conscience should do,” he said. Cats are no stranger to mosques and indeed, some found spotlight with their residence in famed mosques like Hagia Sophia Grand Mosque.

Koçak dismisses the myth that the cats are ungrateful and says they are very loyal to people. “They love being around people during congregational prayers. It is mutual. When you show your love, they show theirs,” he said. Koçak and villagers buy food for cats and local non-profit organizations also started delivering food for animals when they heard about cats’ story.