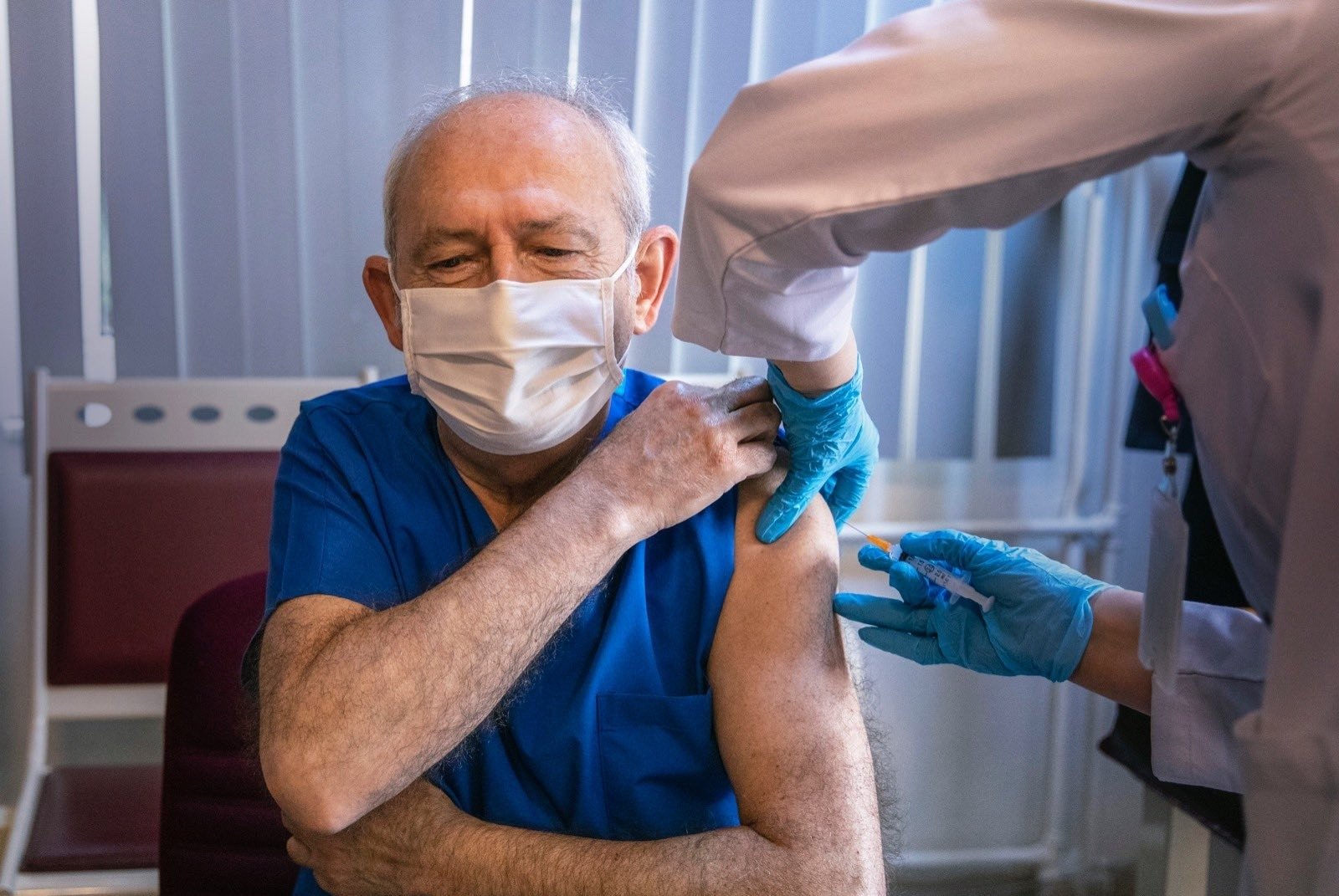 Kemal Kılıçdaroğlu, leader of the main opposition Republican People’s Party (CHP), became the fourth prominent politician to receive the first dose of a vaccine against the coronavirus. He shared a photo of his vaccination at a family clinic in the capital Ankara Friday. “It is now our turn. Me and my wife Selvi had our COVID-19 vaccines. I hope this outbreak will be over and all citizens will be safely inoculated,” he tweeted.

In a tweet, Health Minister Fahrettin Koca thanked Kılıçdaroğlu for getting vaccinated. Koca was the first senior official to get vaccinated last month and is set to receive his second dose. President Recep Tayyip Erdoğan had his first jab one day after Koca, in a bid to set an example for the public. Nationalist Movement Party (MHP) leader Devlet Bahçeli and Good Party (IP) leader Meral Akşener also got inoculated against the virus. Kılıçdaroğlu and other opposition politicians had previously said they would wait for their “turn” for vaccination. Erdoğan and Bahçeli got their second shots Thursday.

Turkey follows a vaccination road map with the health care workers and oldest citizens prioritized. Kılıçdaroğlu, 72, got his first jab the day the country started vaccinating people age 65 and above.

More than 3.5 million people were vaccinated with CoronaVac, the only available vaccine in the country for now. Some 390,000 people among them are those who received the second dose of the vaccine, two weeks after their first shots.

The government plans to import more vaccines to step up vaccination efforts, including the Pfizer-BioNtech vaccine whose first shipment is expected to arrive in a few weeks.