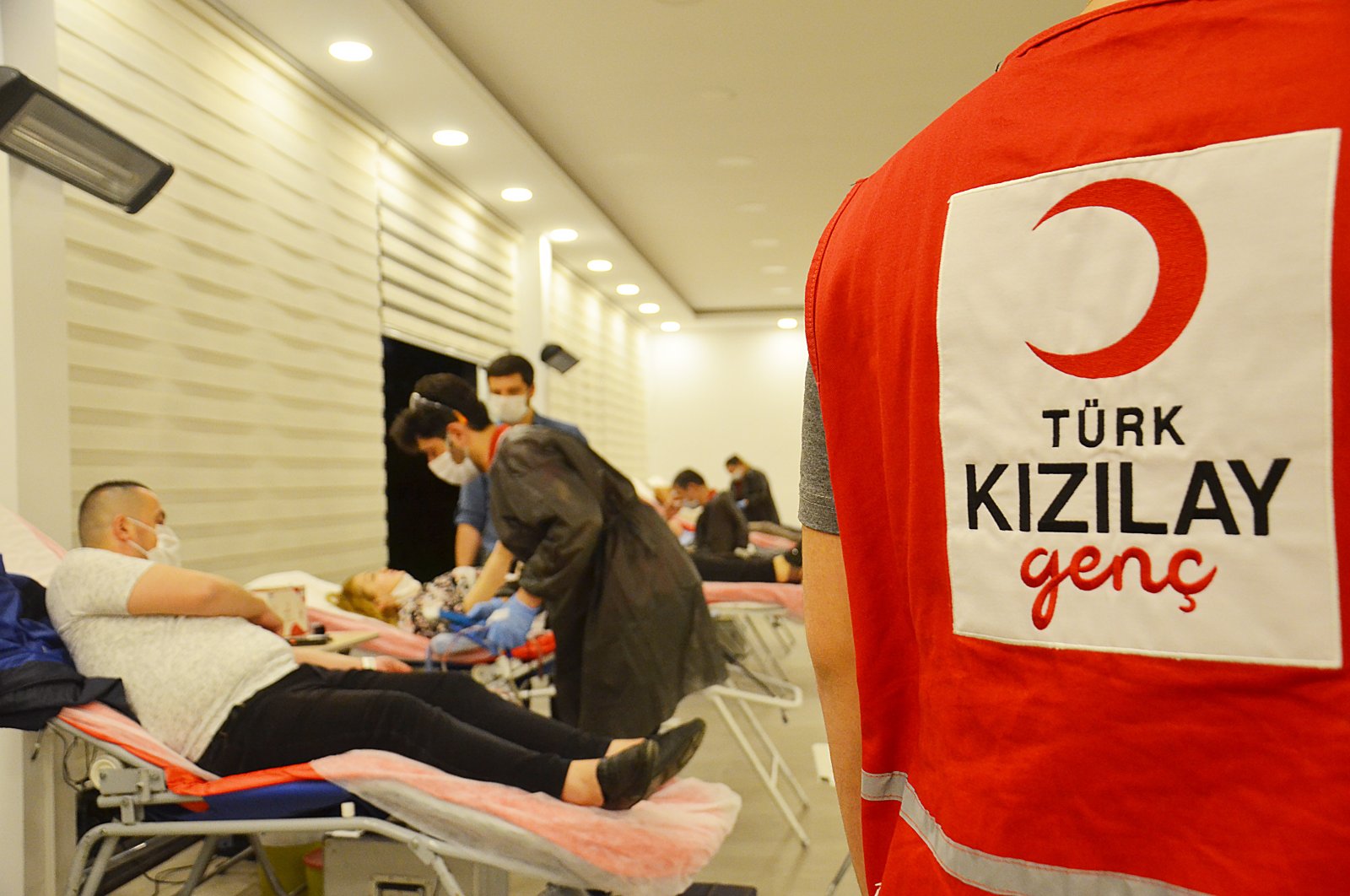 Launched by Turkish Red Crescent to replenish blood reserves after supplies dropped to critical levels with the ongoing COVID-19 outbreak, the organization has finally begun to see an increasing number of donors as people across the country once again feel safe to donate with the outbreak declared under control.

Turkish Red Crescent President Kerem Kınık issued his first warnings about dropping blood supplies shortly after the outbreak began in the country. During the height of the crisis, many people avoided clinics or blood donation centers out of fear of contracting the virus, despite assurances from Kınık that the donation centers were thoroughly disinfected every day.

Kınık said that while nonurgent and electoral medical procedures have stopped, lifesaving procedures continue and blood transfusions are vital for some people to survive, telling reporters that the blood supplies at the organization were halved.

Last month, however, Kınık issued another warning and said the blood supplies were at a critical level as he urged citizens to donate.

With the outbreak declared under control by the Health Ministry, it seems Kınık’s calls are finally being heard, even if with a delay, as donation centers across the country saw an increasing number of people turning up to give blood. From the country’s most populous city Istanbul to the easternmost province of Ağrı, Red Crescent blood centers reported an uptick in donors.

While the number of donors still needs to increase considerably, as the organization is estimated to use a unit of blood every four seconds, the officials at Red Crescent hope the initial wave of donors will encourage others to do so. To help the campaign, the government also decided to allow citizens in one of the 15 provinces under curfew to be exempted from lockdown orders if they go out to donate blood.