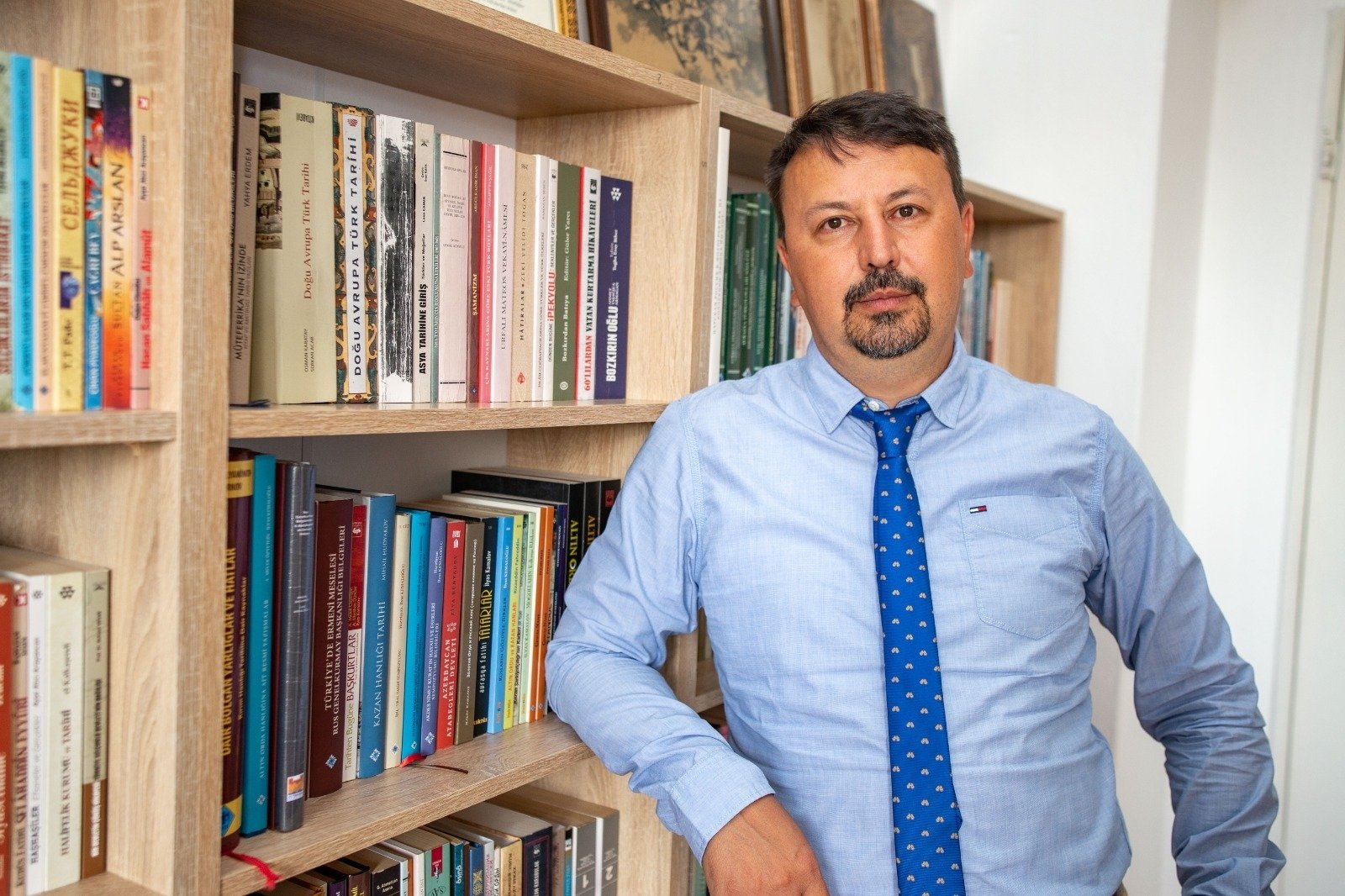 A Turkish history professor of Tatar descent who has dedicated his academic life to Ottoman-Russian history is working on a new project that will shed light on Ottoman maps in Russian archives.

Professor Ilyas Kemaloğlu from Istanbul’s Marmara University was born in 1978 in the Russian city of Ulyanovsk, which was also the hometown of Russian Bolshevik leader Vladimir Lenin and of Yusuf Akçura, a prominent Turkish intellectual of the early Republican era. Kemaloğlu came to Turkey to complete his university education 25 years ago but has since moved to the country permanently to continue his academic life.

“I came to Turkey in 1996 to study at university. I did not study in Russia because at that time the Soviet Union had collapsed, and it was a very difficult period for Russia. After my bachelor's degree in the history department of Marmara University, I completed my master's and doctorate degrees in Turkey as well. When I came to Turkey from Russia, I had not thought about staying here. But I loved Turkey so much and felt so happy that I could not return to Russia again,” he said.

The historian added that Turkey has been a home for Turks abroad, Muslims and everyone else, and it has always opened its door to immigrants and people in need.

“At the beginning of the 20th century, a revolution took place in Russia, and White Russians fleeing from the Bolsheviks also sought refuge in Turkey. I see this place as my homeland. Now I am also a Turkish citizen, and I am very happy about that,” he said.

Kemaloğlu researched the Golden Horde and the Turks in Russia during his master's and doctorate degrees and made significant contributions to the subjects. He has written books and translated many Russian sources on Turkish history into the Turkish language.

“It was a subject that had not been sufficiently studied in Turkey. There was an academic gap. While I was studying at the university, my professors told me to stay here and contribute to Turkish history. Even though the Golden Horde is a popular subject in the Russian academy, it has been understudied in Turkey. Russians examine this issue from their own perspective, so I decided to work on the Golden Horde and the Khanates from a new viewpoint, by benefiting from as many resources as possible in the world,” he said.

The Mongols conquered the region north of the Black Sea in the 1230s. Kyiv, the capital of Ukraine, was captured by Batu Khan in 1240. For a long time, Slavs in the region lived under the rule of the Golden Horde Khanate, which was founded in the region in 1241. During this period in history, Russians were divided into small grand principalities.

Noting that the award he received from Ilim Yayma Cemiyeti (The Association for the Expansion of Knowledge) in 2019 increased his motivation, Kemaloğlu said that people in Tatarstan offered him their congratulations after he was awarded at a meeting in which President Recep Tayyip Erdoğan was present.

Kemaloğlu is currently working on a project, which is supported by Turkey's Presidency of Turks Abroad and Related Communities (YTB). Along with a Russian colleague, Prof. Mihail Bahanov, he prepared a document that includes about 200 maps, pictures and text.

He has also translated and published many documents regarding Armenian genocide claims.

“Russia supported Armenians and provoked them against the Ottoman Empire. However, even Russians tell the truth in their historical documents, which say Ottomans took measures but Armenians themselves started a rebellion, killed their own clergy and statesmen, and then blamed Ottomans to attract Western support. I dedicated myself to revealing such unfair situations Turks have been exposed to. I want to reach as many sources as I can about Turkish history and bring them to Turkey,” he said.