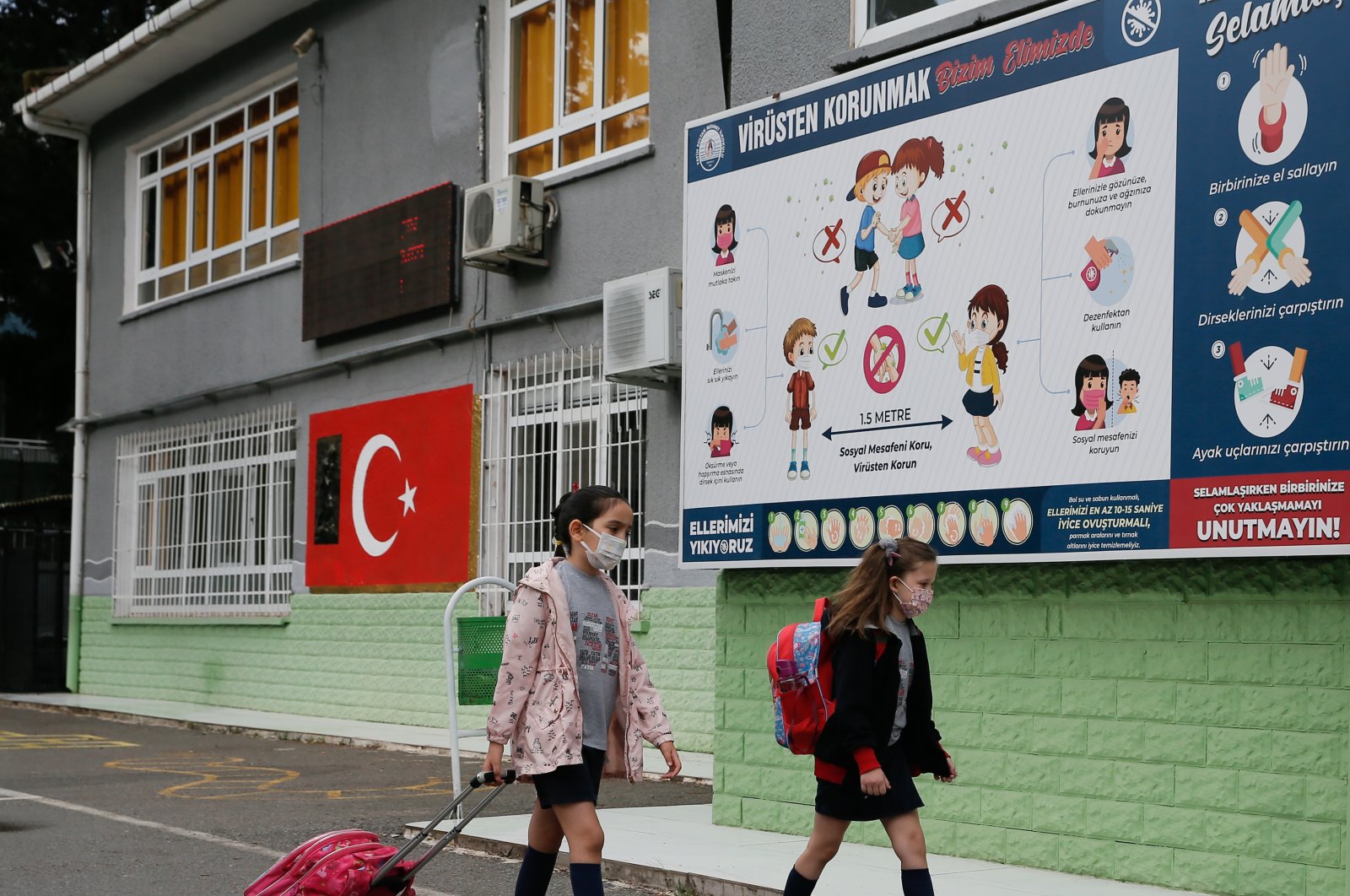 Institutions were reopened for in-person education while restaurants, cafes and other industries started accepting customers on the first day of the 'normalization' process after months of closure due to the COVID-19 pandemic

Tuesday marked the start of summer for millions but it carried a new meaning for business owners and students. Chairs were placed next to tables again in restaurants and cafes as the first customers trickled in. At schools, students were excited to reunite with classmates after months apart.

It is the start of a new “normalization” process announced by President Recep Tayyip Erdoğan on Monday evening. The country eased restrictions related to the ongoing COVID-19 pandemic, to the relief of thousands of businesses and students stuck at home.

For June, most restrictions were eased while the government is expected to ease them further, based on pandemic trends and vaccination numbers, next month.

Under the new normalization process, the start of nighttime curfews for weekdays was pushed to 10 p.m. from 9 p.m. and now includes Saturdays. On Sundays, a full lockdown will be in place, from 10 p.m. on Saturday to 5 a.m. on Monday.

Restaurants and cafes are allowed to serve customers on the condition of ensuring social distancing between tables and chairs, between 7 a.m. and 9 p.m. Tea houses, amateur sports halls, gyms and amusement parks were also opened, except for Sunday. Wedding parties, which were once blamed for clusters of infections, were also allowed to resume but with strict observation of rules, such as social distancing and protective masks.

The government allowed the normalization with a “relative decline” in the number of cases as Erdoğan stated after a Cabinet meeting on Monday. He said that the “measures have achieved their purpose.” He was referring to a 17-day lockdown that ended on May 17, which tightened existing curfews.

“We missed these days very much. We hope we will be back to normal and see better days,” Durmuş Karasu told Ihlas News Agency (IHA) as he sipped his tea at a coffeehouse in Istanbul’s Kasımpaşa district in the early hours of Tuesday. “It is good, especially for elderly people like us. We were bored at home and had few places to visit,” an elderly man who did not give his name, said. The elderly were subject to partial curfew up until a few months ago before restrictions on the age group were lifted on the condition of vaccination.

For students who have been attending online classes for months, returning to school was a relief. Wearing masks and disinfecting their hands with sanitizers while entering the school, they returned to classrooms for their first classes in a long time. “They were very happy when they heard the reopening,” Recep Gül told Anadolu Agency (AA) on Tuesday as he accompanied his two daughters to a school in Istanbul’s Bakırköy district. “They prepared their school bags in the evening and almost rushed to the school after they had their breakfast. I approve of the reopening because remote education is not as efficient as in-person classes. They are also reluctant to do homework after they attend remote classes. I hope schools will be open for all five days as well,” he said. Attending in-person classes is not mandatory but most students showed up at school on Tuesday morning. “Kids are bored at home,” Mustafa Mutlu said as he arrived at school with his preschooler daughter. Idil Aksoy, a primary school student at the same school, said she was happy to meet her teachers and classmates again but was upset at not being able to hug them because of pandemic measures.

Turkey is largely relying on vaccinations to further decrease its cases though delays in shipments challenge authorities. Still, the country managed to administer more than 29 million doses of China’s CoronaVac and the Pfizer-BioNTech vaccine. Health Minister Fahrettin Koca told reporters after Monday’s Cabinet meeting that the country would receive another 12 million doses of BioNTech vaccine by the end of next week. Koca said they needed mass immunity for the next step in normalization, that is, ending the mandatory mask rule, which requires inoculation of at least 60% of the population. He said this can happen “after September.” The minister said they expected to receive a total of 30 million doses from Pfizer-BioNTech soon and planned to vaccinate the last eligible group for inoculation, people at the age of 20 and above, by the end of June.