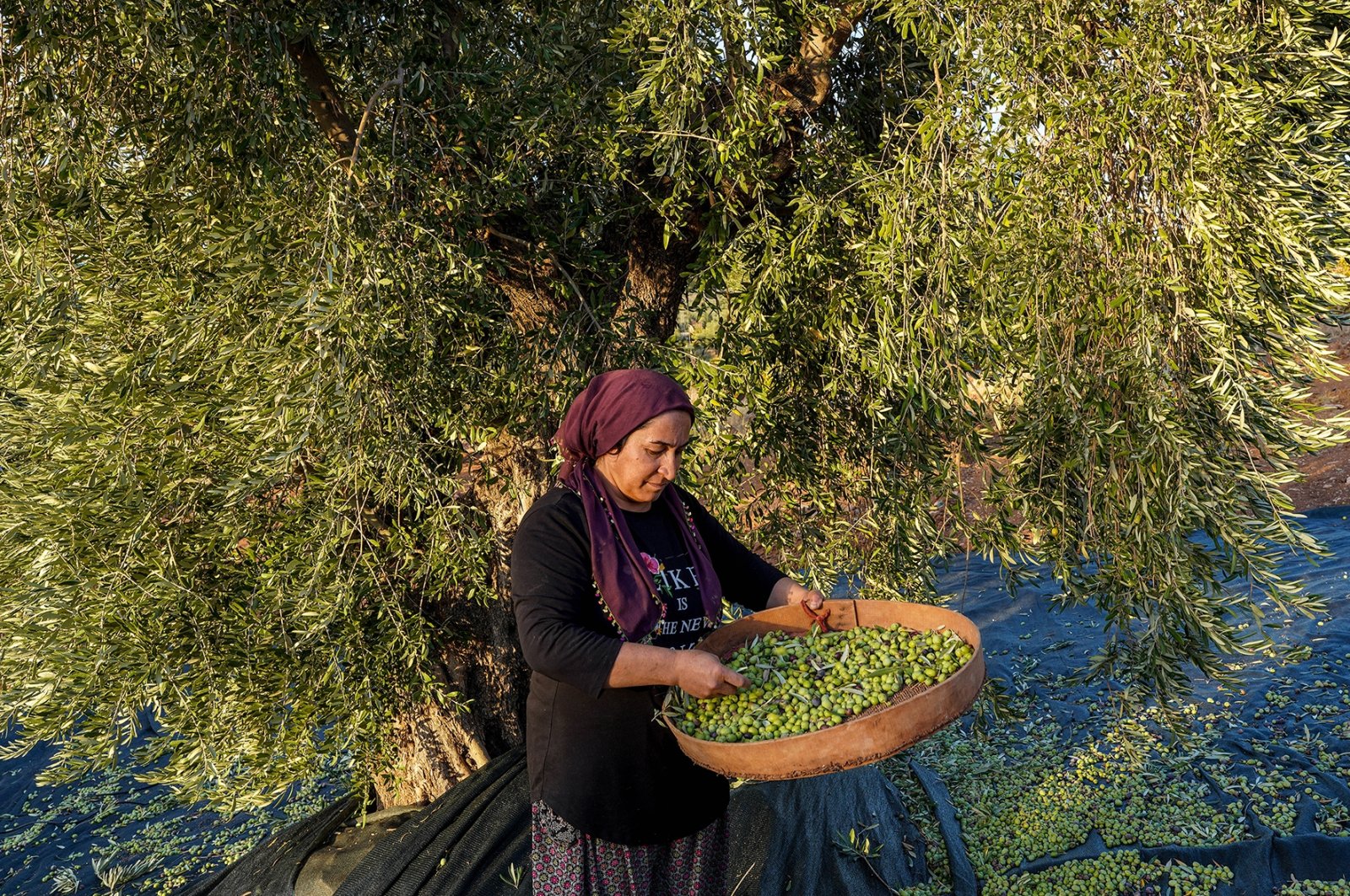 Gathered under a cooperative, Turkish and Syrian women in the southern province of Kilis found success in olive production, inspired by the region’s history as one of the birthplaces of mass production of the fruit

Kilis, located near the Turkish-Syrian border, traces its history of olive production back at least 4,000 years. Olive seeds and other discoveries at the ancient site of Oylum Höyük in the province verified that the Bronze Age settlement was among the east’s most important olive hubs, supplying the fruits to lands far away. This was the “oil” of ancient ages, according to Professor Atilla Engin, who leads Oylum Höyük excavations. Most recently, olives and olive oil have served as an inspiration for a group of local women and women from neighboring Syria who took shelter in Kilis due to the ongoing conflict in their homeland.

Undaunted by a patriarchal mindset, which discourages women from adopting a more active role in the economy, women came together for an agricultural cooperative focusing on olive-related products. Supported by a local public development agency, the women managed to produce high-quality olive oil and olives in a short time.

Every harvest season, the women gather the fruit from olive orchards they run just a few meters away from the Syrian border. They prefer traditional harvesting and olive oil extraction methods over newer technology, as it helps achieve the best quality in olive production, an industry that has long been dominated by Turkey’s western provinces. Along with domestic production, they also started exporting their products, like soaps made of olive oil.

The Ipekyolu Development Agency (IKA), a regional body providing financial backing to such initiatives, helped women from the villages of Kocabeyli, Karaçavuş, Süngütepe and Saatli to set up the cooperative, with a grant of $735,000 (TL 7 million). Syrian women soon joined the cooperative, which now has 49 members.

These women hope to serve as role models for others in Kilis. “When we decided to start this cooperative, men in our villages did not believe we could make it. We did not care about what they said,” Hamide Polat, director of the cooperative, says.

The work “changed a lot” in the lives of women, Polat says. “Women have more self-confidence and faith in standing on their own now. The men’s view of women also changed thanks to our work,” she says.

Polat calls on fellow women to never doubt themselves when it comes to starting an enterprise or finding a way to earn a living. “They should never step back and ignore any pressure they face. They do better if united. They should produce something in their spare time by joining forces (with other women) instead of sitting idly,” she said.

Women are among the thousands making a living from olive production in the province. The local governorate provides incentives for olive producers to boost production and guide them to new production methods.

The olive harvest, normally held in November, now starts in early October thanks to changing methods such as cold pressing. Cold pressing is a natural method of olive oil production that does not involve the use of heat or chemical additions to speed up the process.

In a bid to keep the product “organic,” olive producers use handpicking methods and conventional sieves.

Burhan Akyılmaz, secretary-general of the IKA, says they provided funds for 12 projects in Kilis for olive production. “We are investing in the development of olive production and set up a union of organic olive oil producers. We built olive oil and oil processing facilities and support small and medium enterprises here. Kilis’ olive oil and olives now have an international reputation,” he said.

Akyılmaz noted that local producers recently started exports to countries as far away as the United States, Canada, Germany, Qatar, Oman and Japan. He says their next goal is diversifying olive products, such as promoting the production of olive-based supplements.