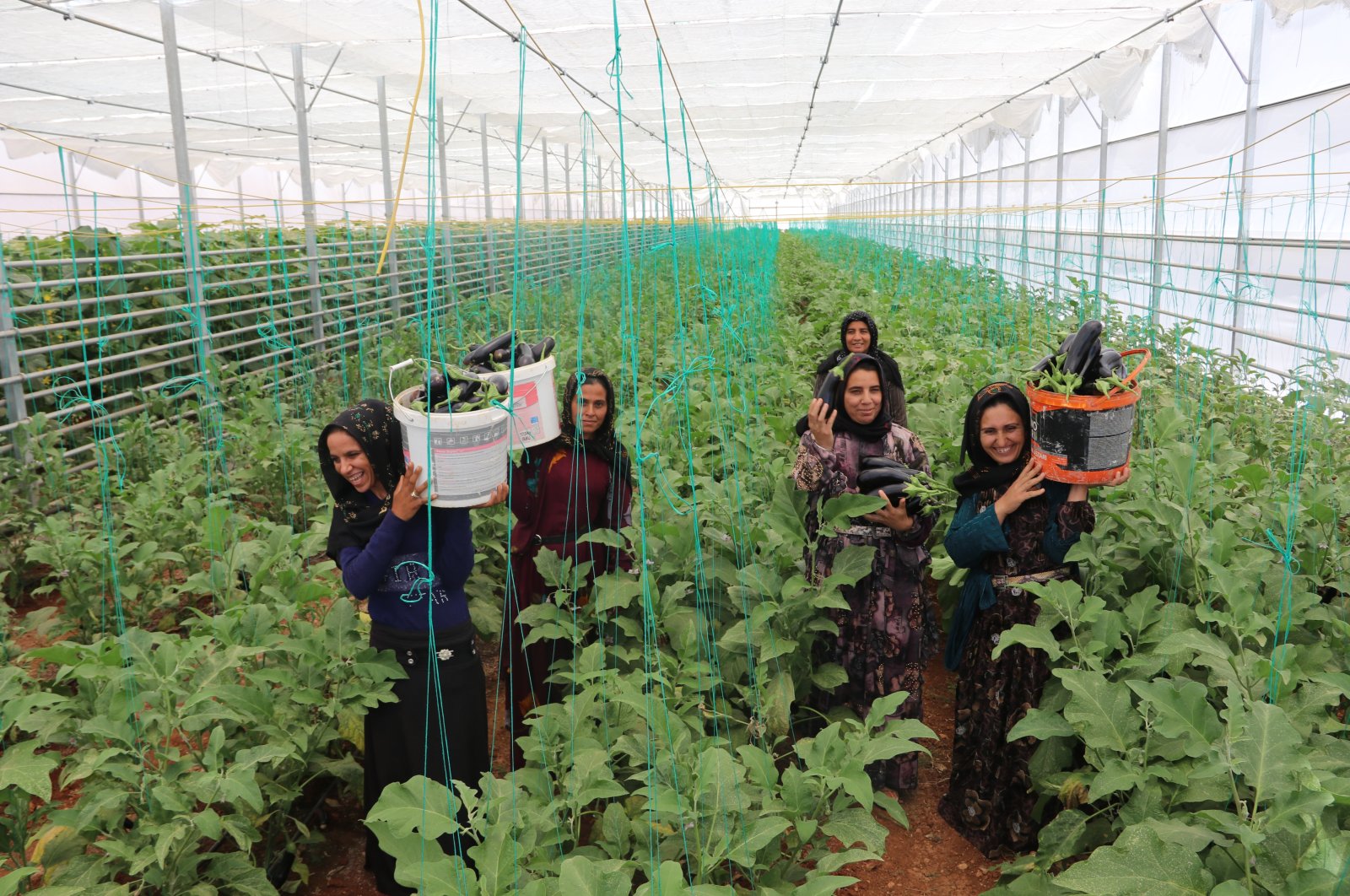 A women’s cooperative set up in Şanlıurfa, a southeastern Turkish province bordering Syria, provides employment and financial independence for women from both sides of the border.

SAF Women Entrepreneurship Agricultural Production and Processing cooperative was set up last year by 17 Turkish and Syrian women, with funds from the International Organization for Migration (IOM). With the support of the local municipality and a university, they built a greenhouse on an area of 2,000 square meters (21,500 square feet). Soon, they enlisted new members and now their numbers have grown to 86. The greenhouse is entirely staffed by women who also personally sell the crops they grow. For them, the cooperative is a way to spend their leisure time as well to earn an extra income for their families. The cooperative’s chairperson, Seher Kılıç, said they started out with a bunch of women “with faith and self-confidence” and in a short time reached out to dozens of other women.

“It gives something to all. Thirty women are permanently employed in the greenhouse. Women, young and old, have joined us,” she said. “Hopefully, we will increase our numbers and continue to support women."

28-years-old Hatice Aytekin, a member of the cooperative and a mother of five, said she is so happy to be part of the initiative. "I look after the produce here like my babies. We closely check them for disease and other problems," Aytekin said, pointing out that with the establishment of the cooperative, their days have become better. "We believed and achieved."

Syrian national Fatima Ramle, who had to take refuge in Turkey with her six children seven years ago due to the conflict in her country, thanked those who gave them the opportunity to earn their bread. "There is nothing that makes a person happier than contributing to their family," Ramle said, adding that they get along very well with Turkish women.

Cooperatives play a key role in boosting women's employment and giving them entrepreneurship options, especially for refugee women with little prospect of work in countries where they take shelter.