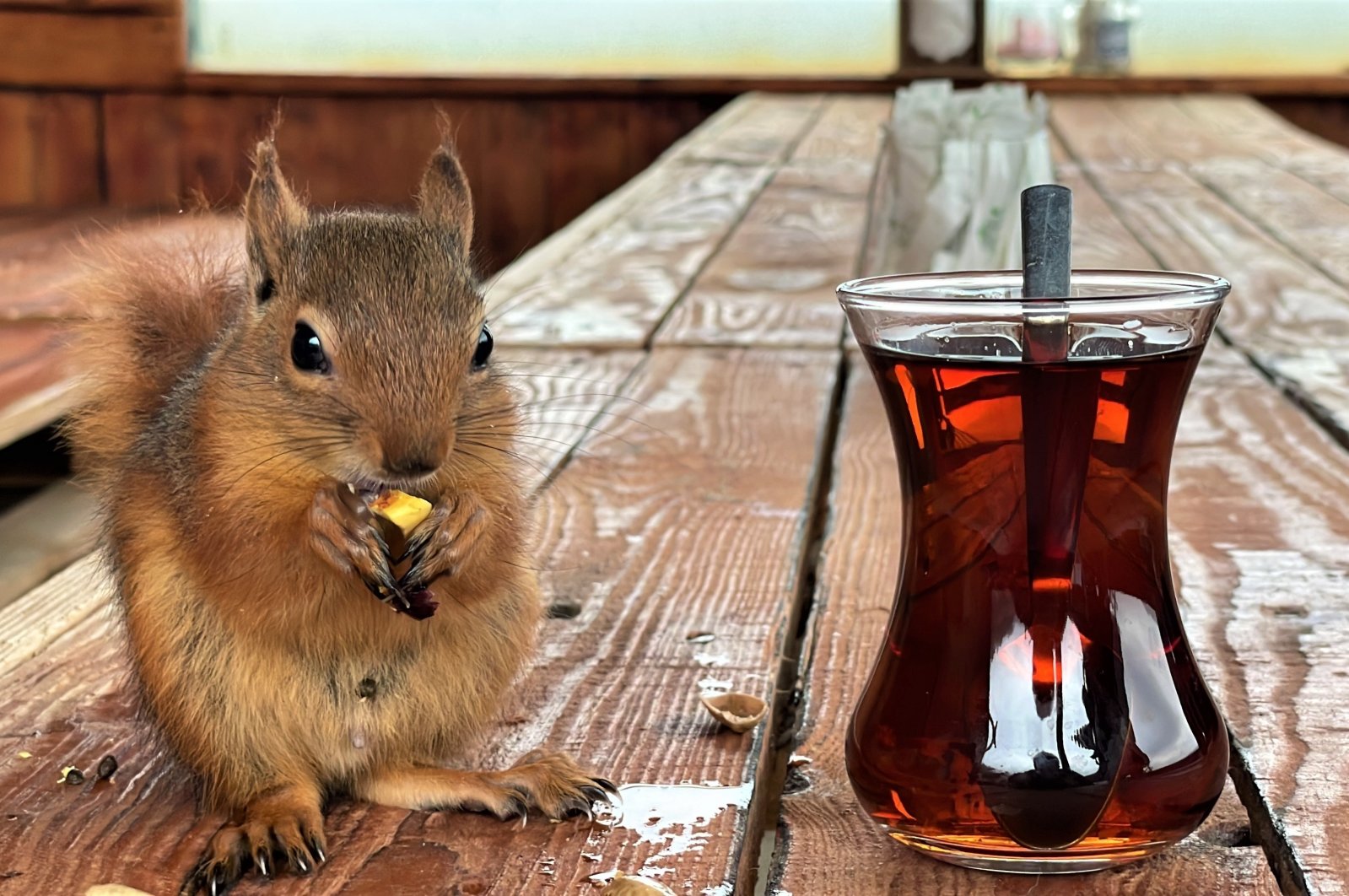 A squirrel named Alvin who gained local fame with his adorable antics was recently released back into nature following his rehabilitation.

Alvin, the squirrel found and adopted by Enes and Minel Kılıç in Yuvacık, a district of Turkey's northwestern Kocaeli's Başiskele district, had previously drawn the public's attention with the heart-warming images of the creature drinking tea and eating french fries.

There are squirrels all over Turkey, and the local population tries to care for them when they are in need.

Nowadays, Alvin's new address is Ormanya. He had previously refused to return to his habitat, returning the couple's home each time they released him back into nature.

The couple eventually gave Alvin to the local Nature Conservation and National Parks office. He was quarantined after passing veterinary checkups, and after a 15-day "squirrel rehab" period, Alvin the squirrel was released into his natural habitat where Enes Kılıç first found him.

It is freedom for Alvin, but potato chips and Turkish tea will be difficult to find in the forest. Only time will tell whether he will find his way back to the humans.