Turkish town gives cozy homes to cats ahead of winter 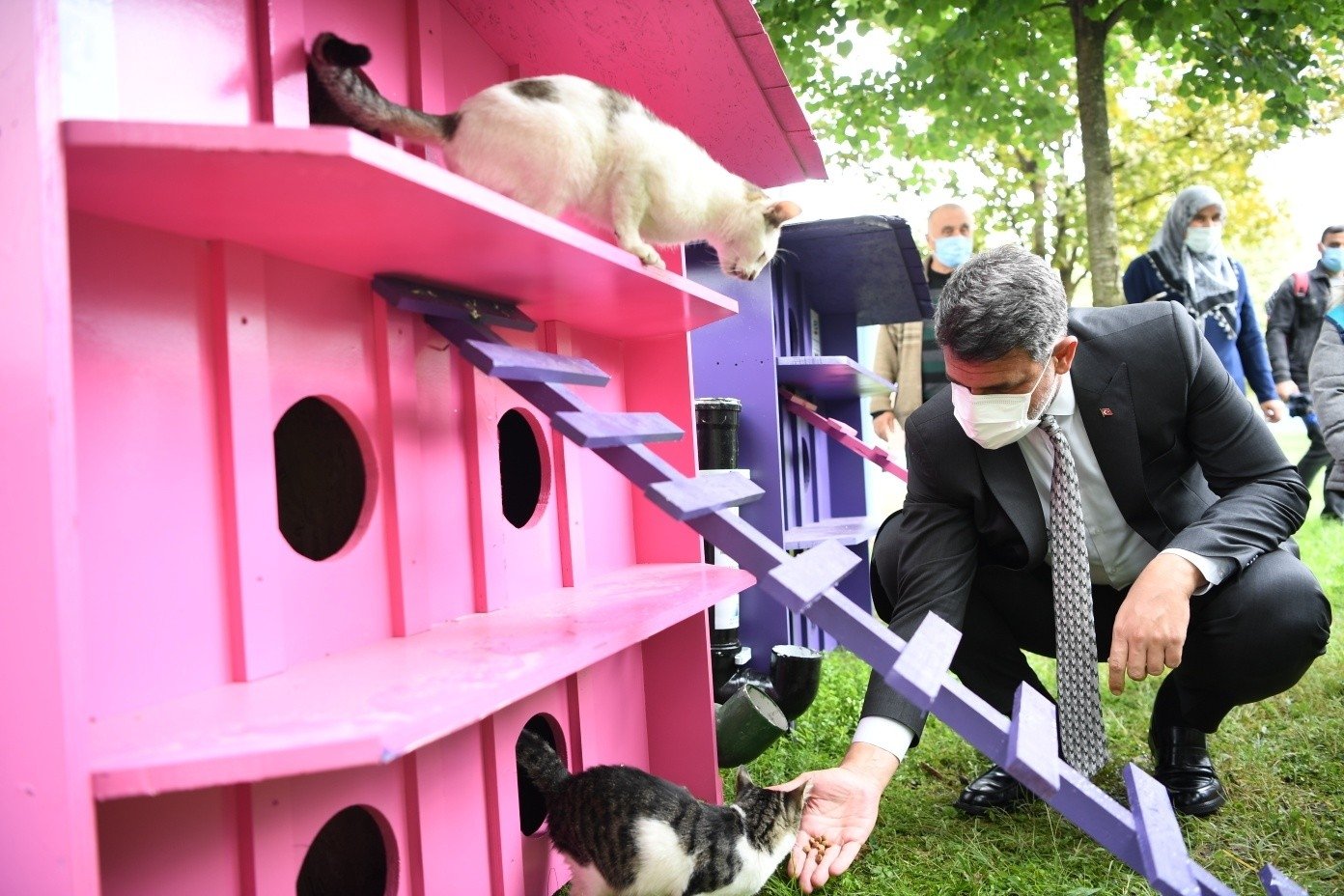 Temperatures are already dropping in western Turkey and barring the impact of climate change, a tough winter is awaiting the country. Cats in warmer places are lucky, but life is harsh for others living in colder areas. One of them is Kartepe, a popular ski resort town in the northwestern province of Kocaeli. Before the cold weather sets in, the town’s municipality started building houses for stray cats.

Painted in vivid colors, wooden houses are being scattered across the town by municipality workers. The first houses were installed in the Ketenciler neighborhood, along with stands for storing food and water for the cats. So far, 50 cats have found shelter in the houses at a square and a park. The municipality plans to install more houses, to give shelter at least 500 strays. The town’s mayor, Mustafa Kocaman, said in a written statement on Friday that they were also working on the construction of a rehabilitation and treatment center for stray animals.

Caring for needy animals is an integral part of the Turkish culture and Islamic faith. Last year, local municipalities and ministries shored up efforts to look after the country's feline and canine citizens suffering from a lack of food during curfews related to the coronavirus pandemic.

Cats in the country took advantage of the first park exclusively for them when the city of Mersin in the south opened “Meow Park,” complete with playgrounds and houses for the feline population.