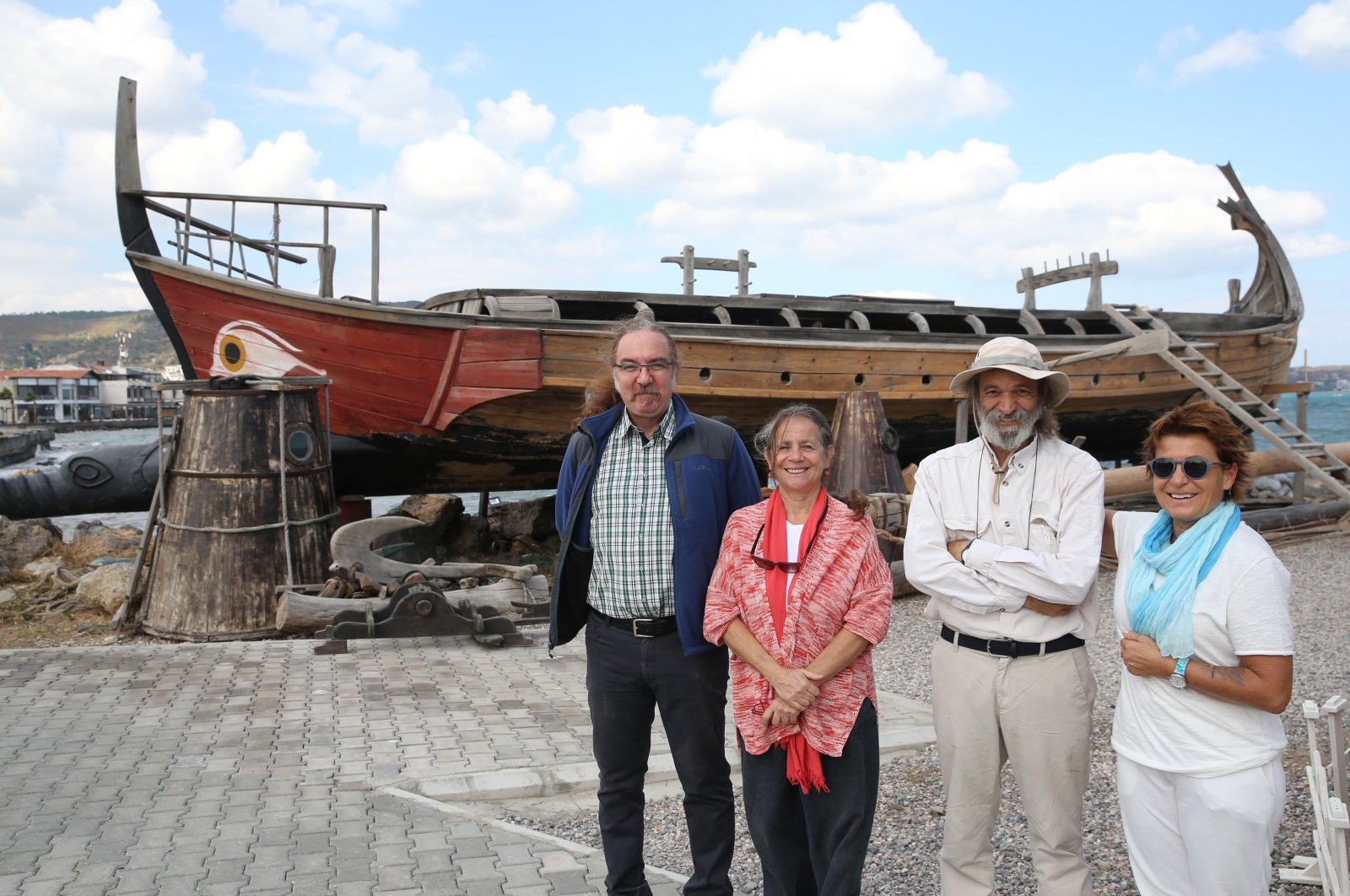 A group of Turkish archaeologists, sailors and other maritime enthusiasts came together to build a replica of an Ottoman galley. The group, which was behind similar projects to revive historical means of sea transportation, aims to complete the construction in two years.

360 Degrees Historical Research Group based in the western province of Izmir has succeeded in sailing ships that replicate vessels used in the past by various civilizations.

The galley, which will be based on studies of Ottoman vessels, will reflect the era when the Ottoman Empire ruled the seas with its naval forces, they said. Volunteers are doing research for the galley and will draw upon their past experiences, including success in floating a replica of Uluburun, a Bronze Age vessel that up until recently had been regarded as the world’s first and oldest known shipwreck of a vessel that traveled internationally, dating back to 3,300 years ago. The group was also behind the construction of Kybele, a replica of an eponymous ship built by Ionians in the 6th century B.C. and managed to sail aboard it through its presumed historical routes.

Their next project is based on 15th-16th century galleys used both in the Ottoman navy and in commerce. The vessel will be at a length between 25 and 30 meters and once completed, will sail across the Mediterranean Sea, which was once dominated by the Ottoman navy.

Volunteers including archaeologists, architects, engineers, captains and carpenters are now working in their workshop/shipyard in Izmir’s Urla district.

Mualla Erkurt, a draughtsperson who serves as the new project’s manager, says their aim was to promote the history of Anatolia, “which is also a history of humankind.”

“We are working in chronological order. We started out with the Uluburun shipwreck and later, built an Ionian vessel. We built replicas of Phoenician boats, Cycladic boats and now we are in the ‘Ottoman period,’” she told Anadolu Agency (AA) on Saturday.

Erkurt said the replicas were seaworthy and they traveled as far as Cyprus with the Uluburun replica. “Turkey has no working Ottoman vessel. It was our task to rebuild one as descendants of the Ottomans,” she said. The galley will be an exact replica and will operate only by sails and oars.

“We will chart a course through places the Ottomans once sailed in the Mediterranean. We will travel to wherever they have gone, from Spanish coasts to North Africa and east of the Mediterranean,” she said.

Professor Serim Paker from the Maritime Faculty of Dokuz Eylül University in Izmir, who works as a captain in the project, said it would be a “special occasion.”

“We have been through a historic journey with vessels without modern equipment and spent days at sea. You can feel the spirit of the time in those vessels and see how difficult it was to operate the ships then,” he said.