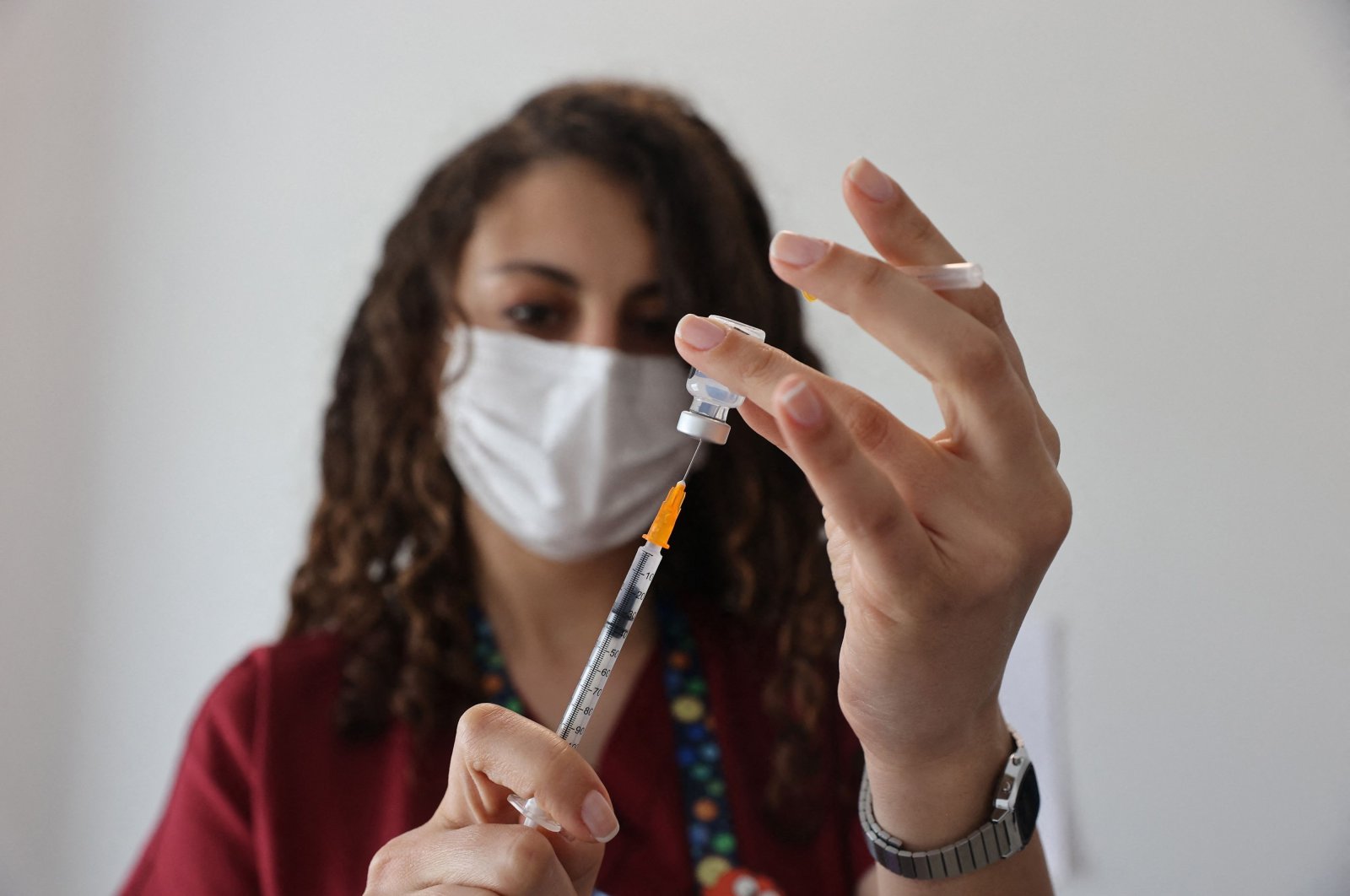 Though no concrete figures are available, the head of an intensive care association says coronavirus patients who have received two doses of the vaccine are much less likely to end up in intensive care and more likely to recover from the virus with only slight symptoms

The vaccination drive against the coronavirus has reached millions and apparently, it has started bearing fruit. Statements from professor Ismail Cinel, the head of the Turkish Intensive Care Association, may alleviate the concerns of some vaccine skeptics.

Cinel says that although they do not have concrete data, it is obvious that people who have received two doses of the vaccine are less likely to need intensive care treatment. “This is crystal clear. We also see people injected with two doses recover from mild cases,” he underlined.

Cinel told Demirören News Agency (DHA) Friday that the number of people in intensive care units was decreasing slower than the number of new cases. “We see the cases dropping to around 26,000 from almost 60,000 but this decline is not reflected in intensive care cases yet. Yet, we have seen a 10% decline in the number of patients in need of intensive care. Previously, occupancy of intensive care units was around 72% in Istanbul (the city where the most cases are being reported). This was actually 100% for us as you have to keep beds ready for any possible surge in cases and for any patient who may relapse into a worse situation. Now, we are seeing, although slowly, beds being emptied, one by one,” he said. For Cinel, the second dose of vaccines played a role in this. “This is a time we should mobilize for vaccination. Any delay may give time for new variants to take hold. We suggest everyone who is in the vaccine category get inoculated,” he said.

He added that without vaccination, the current peak period in the pandemic would be intolerable. “We had around 5,985 severely ill patients at most, during the period between November and December 2020 and Istanbul had the most severely ill patients. Health care personnel’s efforts reduced the number to almost half. Still, intensive care units were heavily occupied. So, it is safe to say that vaccination is good to prevent this,” he added. He pointed out that the number of severely ill patients peaked, at around 3,000 or more last week and it would take another week for them to dwindle further.

In the meantime, Turkey debates how the third dose of vaccines should be made. Health Minister Fahrettin Koca has suggested that the third dose, known as a booster dose, may be administered using a locally-made vaccine. The country currently offers vaccines by Pfizer-BioNTech and China’s Sinovac, while scientists hope the domestic vaccine will be ready by the end of this year. Experts are divided on the issue. Some say the third dose should be from the same vaccine while others say a similar type of vaccine is good enough. For example, someone injected with the first two doses of an inactive vaccine (like CoronaVac of Sinovac) needs a booster dose of another inactive vaccine.

Professor Ismail Balık, head of the department of infectious diseases at the faculty of medicine at Ankara University, says booster doses make the efficacy of a vaccine “permanent.” “A single booster dose is necessary for protection as the efficacy of vaccines wear off after six months, as long as the pandemic continues,” he warned. Speaking to Anadolu Agency (AA) on Friday, he said that the third dose can be administered after six months and every six months after that, for inactive vaccines and within a period between eight months and one and a half years for other types of vaccines.

“Doses of vaccines are determined based on their phase trials and a booster dose is required to prevent the vaccine from losing their effect on the immunity system. It varies how long this efficiency period lasts. Most COVID-19 vaccines received emergency approval and it will only be clear how many doses are required after the final results of Phase 3 trials. In Turkey, Phase 3 trials started in October 2020 (for imported vaccines) and it will be determined next October how many more doses are required,” he underlined.

The inactive vaccine of Sinovac has a shorter span of efficacy and may require a booster shot six months later, Balık said, adding that Sputnik V, an adenovirus-based vaccine, will likely have a longer span of efficacy. “Sinovac’s vaccine may generate weak antibody response in certain groups when administered in two doses only but it largely prevents both severe cases of infections requiring hospitalization and reduces the death rate,” he noted.