Waste facility, one of the biggest in Europe, opens in Turkey 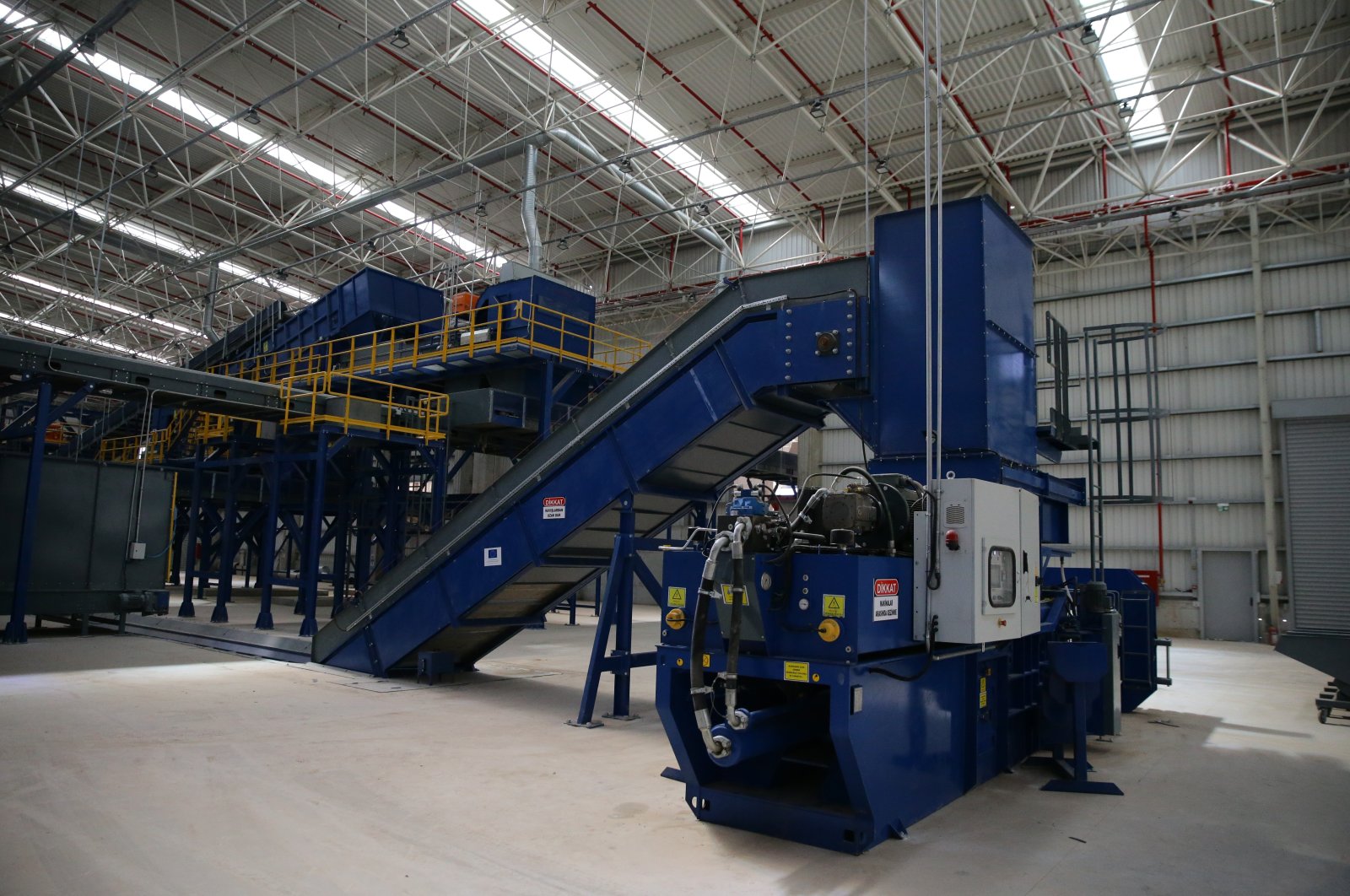 The southern Turkish commercial hub of Gaziantep has become home to a large number of refugees from neighboring Syria, a country torn apart by ongoing conflict. To address the challenges of its swelling population, the province Tuesday inaugurated a solid waste management facility, touted as one of the biggest in Europe.

The state-of-the-art facility is funded with 9.2 million euros ($10.6 million) from the European Union and built by the United Nations Development Program (UNDP). Turkey's Ilbank and the Gaziantep Metropolitan Municipality partnered in the building of the Mechanical Biological Treatment Facility (MBTF), with the capacity to process 100,000 tons of solid waste per year.

Gaziantep had 1.7 million residents before the Syria crisis began, but its population swelled to over 2.2 million with an influx of more than 450,000 Syrians under temporary protection. The increase in population resulted in an increase of waste by 25%.

"We recognize the stress this influx has put on host communities across Turkey. That is why we have invested in municipal waste management in Gaziantep as part of our broader 6 billion euro assistance program. The EU will continue to support Turkey in hosting the refugees with additional 3 billion euros in the upcoming period," he said.

The facility is the largest of eight waste-management facilities that the UNDP has constructed in southeastern Turkey since 2018 with EU funding. When fully operational, the facility will generate new revenues for the budget of the city thanks to its biogas and recycled resources.

"This new facility will help us meet our responsibility to deliver essential public services," Mayor Şahin said. "But it is much more than that. It will help ensure that we can manage other challenges posed by sudden expansion in the city’s population," she added.

According to UNDP, the MBTF – equipped with state-of-the-art technology – will generate clean energy from biodegradable waste, separate recyclables and extend the life of Gaziantep’s solid waste landfill. Annual output will include 4,100 megawatt-hours of electricity, 17,000 tons of recyclables and 23,000 tons of reclaimed refuse-derived fuel. The electricity produced at the facility will fully power its operations while generating a surplus for sale, creating a new revenue stream for the municipality.

UNDP’s Vinton said that the new plant is an investment in a greener future for the city and Turkey. "Not only are we helping Gaziantep expand its delivery of vital public services, we are also showing by example how cities can find sustainable, environmentally-friendly ways to meet the needs of their constituents. In this case, quite literally, by transforming garbage into a valuable resource that can help fill rather than empty the city budget," Vinton said.