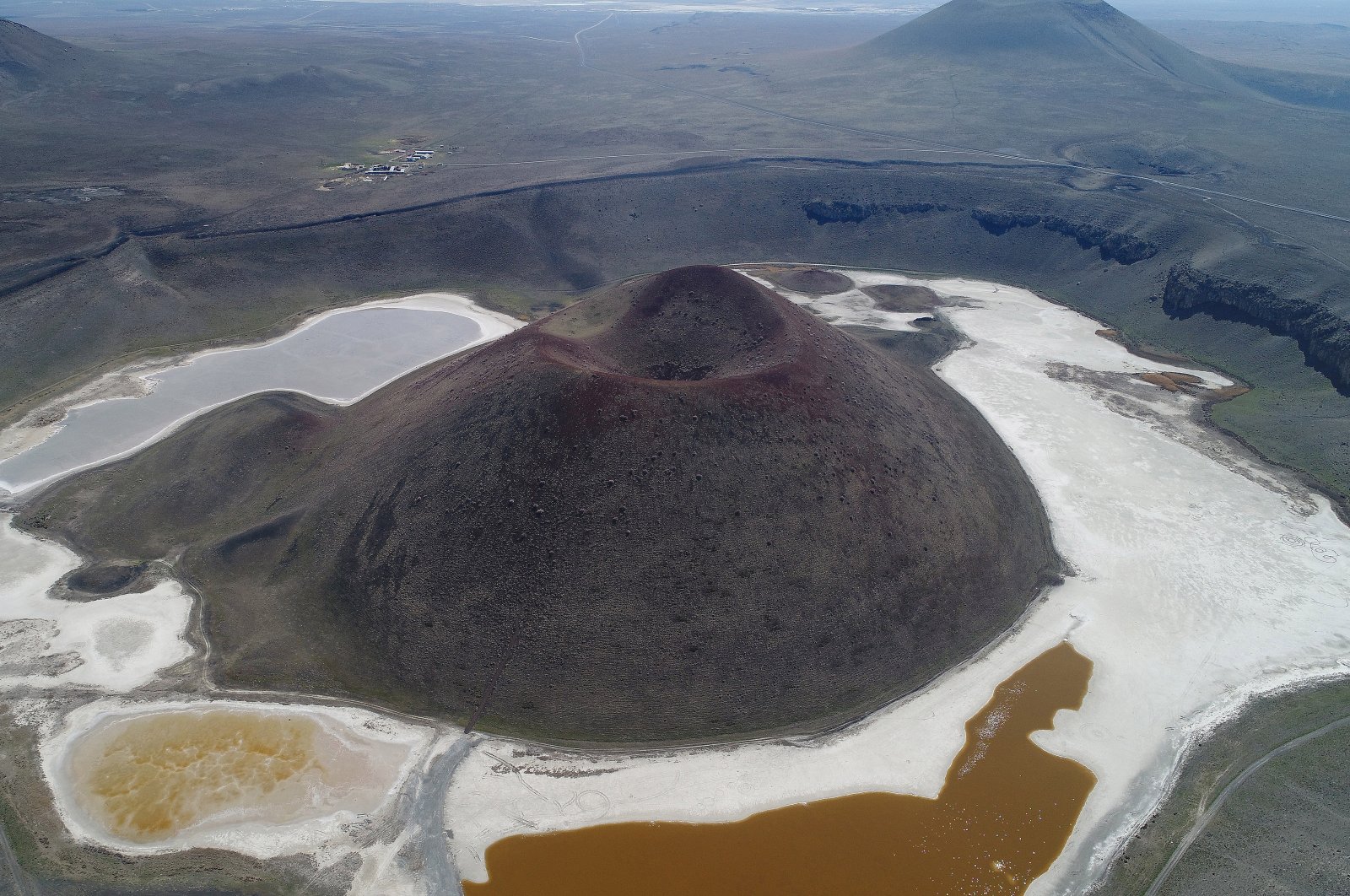 Lake Meke in the central Turkish province of Konya is a renowned body of water nicknamed “the evil eye amulet of the world” as it resembles the evil eye amulet referred to in Turkish as the “nazar boncuğu.” The lake will soon be restored to its former glory after drought caused its waters to dry up.

With its waters receding, the volcanic crater lake was a pale shade of its former self this year, but authorities plan to increase the amount of underground water supplying the lake.

The Minister of Environment and Urban Planning Murat Kurum says that a wastewater treatment plant in the Karapınar district where the lake is located will pump about 7,000 cubic meters of water into the underground water resources feeding the lake.

The lake is believed to have been formed after a volcanic eruption some 5 million years ago. It is a popular destination for tourists who camp around it. Before increasing temperatures took a toll on its water levels, Lake Meke had waters reaching 12 meters (just over 39 feet) in depth. Temperatures linked to global warming, which also threatens agriculture in the country's breadbasket Konya, the natural process of a decline in underground waters and irrigation practices that waste its water through their excessive use are among the factors contributing to the lake's receding water levels.

Kurum says that the lake, registered as a “natural monument,” is a rare geological formation and he laments its drying up. He said that his ministry held talks with local officials in Konya and academics at the Hacettepe University and Konya Technical University to debate solutions to the problem. “A new project was created as a result of this. Treated water from the Karapınar Wastewater Treatment Plant will be pumped into the underground water resources supplying the lake. We hope this will revive the lake and make it a center of attraction again for visitors,” he said. The plant, some 8.5 kilometers (5.28 miles) away from the lake, will supply more than 2.5 million cubic meters of water in one year through the project, which has cost TL 3.5 million ($414,000) so far.

The minister said that the use of treated water was low in Turkey at around 5%, and they wanted to increase this rate. “Climate change is expected to cause ‘water wars’ in the 2030s, 2050s and water will be a precious asset. Therefore, we have to focus on reusing existing water resources (through treatment),” he said.