WHO: COVID-19 situation in Turkey better than in Europe, US 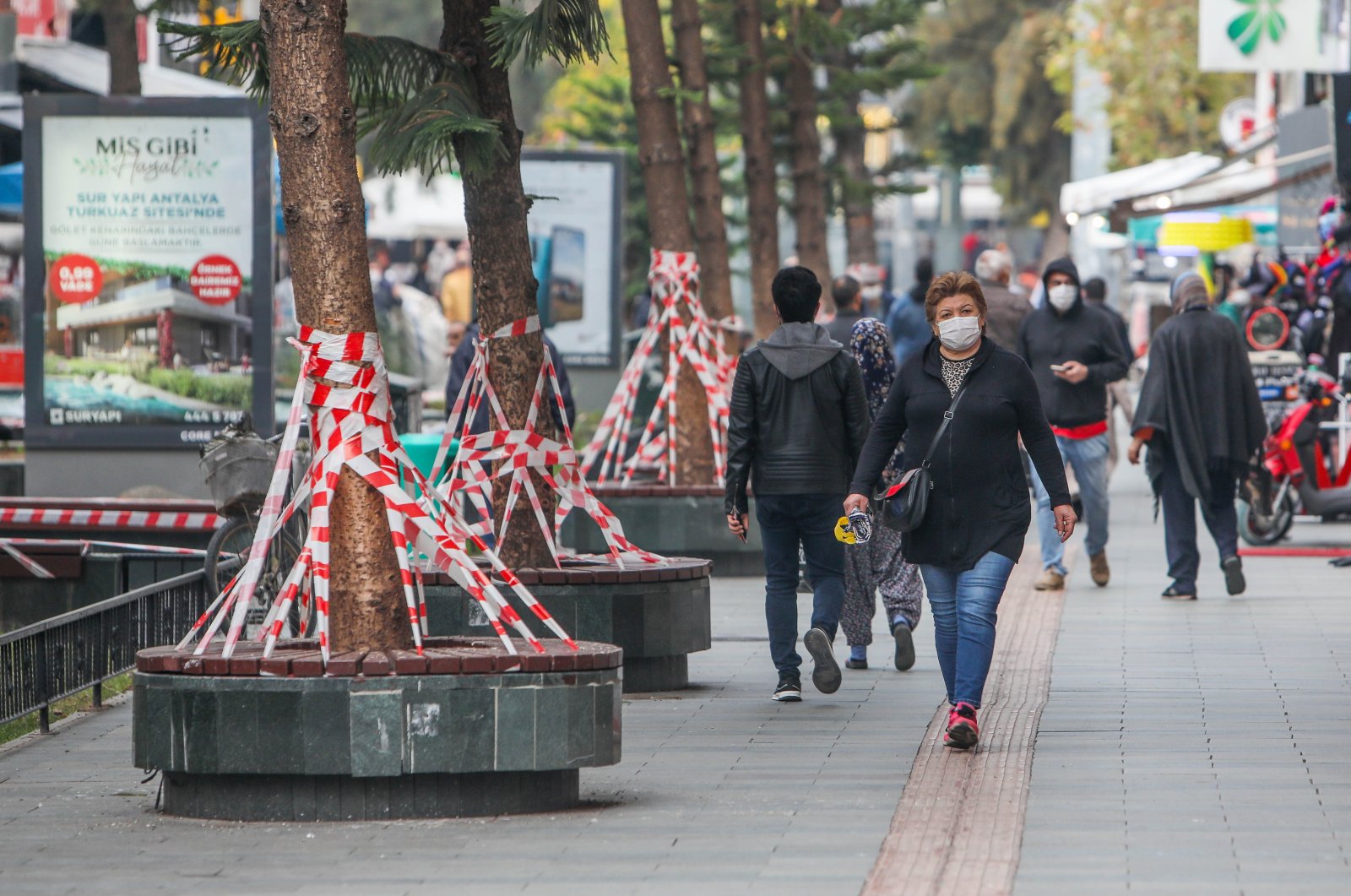 The COVID-19 situation in Turkey is not as bad as in other European countries or the U.S. due to measures concerning masks and social distancing, according to the World Health Organization's office in Turkey

The World Health Organization's (WHO) Turkey office on Sunday highlighted the country's good management of the coronavirus pandemic.

Irshad Ali Shaikh, interim director of the WHO Turkey office, had raised concerns about the number of cases in Turkey in a recent interview published Friday by the German Deutsche Welle's Turkish service. However, WHO Turkey announced on Twitter that the parts of the interview about the latest COVID-19 situation in the country were "unfortunately" misinterpreted by some media outlets.

Sharing the interview on social media, WHO Turkey said, "The situation globally is alarming as cases are increasing, and with the winter, as we go more indoors, cases are only likely to increase."

Speaking on Turkey's approach to fighting COVID-19, WHO Turkey underlined that when it comes to the number of cases, Turkish Health Minister Fahrettin Koca has said nothing is shared with anyone on the outside before being shared with the Turkish people first. WHO is asking all member states to report all positive cases, whether symptomatic or asymptomatic. Turkey refrained from sharing the total number of COVID-19 cases for a while, focusing on active, serious cases, but the decision was reversed in November by the Health Ministry.

Speaking on the transparency of Turkey on the number of cases, it said: "Turkey has managed well since the start. We are not as bad as in other countries now either. But we all must remain committed to all mitigation measures."

Turkey, its Health Ministry and the WHO have a strong relationship. The WHO's regional director has visited Turkey twice in the last six months, which indicates strong bilateral relations between the two entities, WHO Turkey said.

Commenting on the reliability of the Chinese vaccine that Turkey ordered, Turkey WHO said: "WHO does not validate or reject any vaccine, diagnostic or treatment, per se. We share evidence and guidance."

The statement noted that approval or non-approval of vaccines is at the discretion of organizations in the related countries, especially in emergencies. It said vaccine manufacturers under WHO COVAX share data with WHO and others, adding they have the Phase 2 data for the Chinese vaccine but have not yet received the Phase 3 data. "However, the Chinese vaccine uses a long-established reliable PH technique of inactivated virus. Turkey has done its vaccine distribution and allocation plan and prioritized population subgroups in line with WHO guidance. But still, it will be months before the vaccine gets to everyone," it said.

The country’s total patient count reached 539,291 on Sunday while the death toll stands at 14,900. The number of those who have recovered from the coronavirus has exceeded 431,000.

As Turkey awaits mass vaccination, the country clings to strict measures including restrictions. The first weekend curfew in months, which started Friday evening and ended Monday morning, appears to have been successful as streets were empty all across the country. The Interior Ministry announced Monday that 37,614 people were subject to “legal or administrative measures” during the curfews on Dec. 1-7. Turkey also enforces nighttime curfews, starting at 9 p.m. every day, during weekdays. “Measures” refer to fines for those violating the curfews. Those not wearing masks are also subject to fines.

Curfews and closures of businesses such as restaurants appear to be working, according to experts, but mobility could be limited more in the coming days. Professor Mustafa Necmi Ilhan, a member of the Health Ministry’s Social Sciences Board which advises the ministry on restrictions, said nighttime curfews may become longer if the need arises. In comments published on the website of Hürriyet newspaper on Monday, Ilhan said people should not be “mobile” except in emergencies. “Intercity travel could be restricted to prevent the virus from ‘migrating.’ We don’t need bans if the public complies with rules, but the outbreak’s scale expanded after the ban on intercity travel was lifted in June. What matters now is not reaching that point. People should stay at home and not admit visitors. If we can achieve that, we can overcome the outbreak,” he said.

Ilhan said the impact of curfews may be more visible in the next 10 days and linked a 25% drop in the number of cases in the most populated city, Istanbul, to partial curfews. “Yet, we see an increase in the number of cases in provinces like Samsun in the north and Hatay in the south. It is important to expand the drop in cases across the country. This is possible only with everyone adhering to pandemic rules and restrictions on intercity travel,” he said.