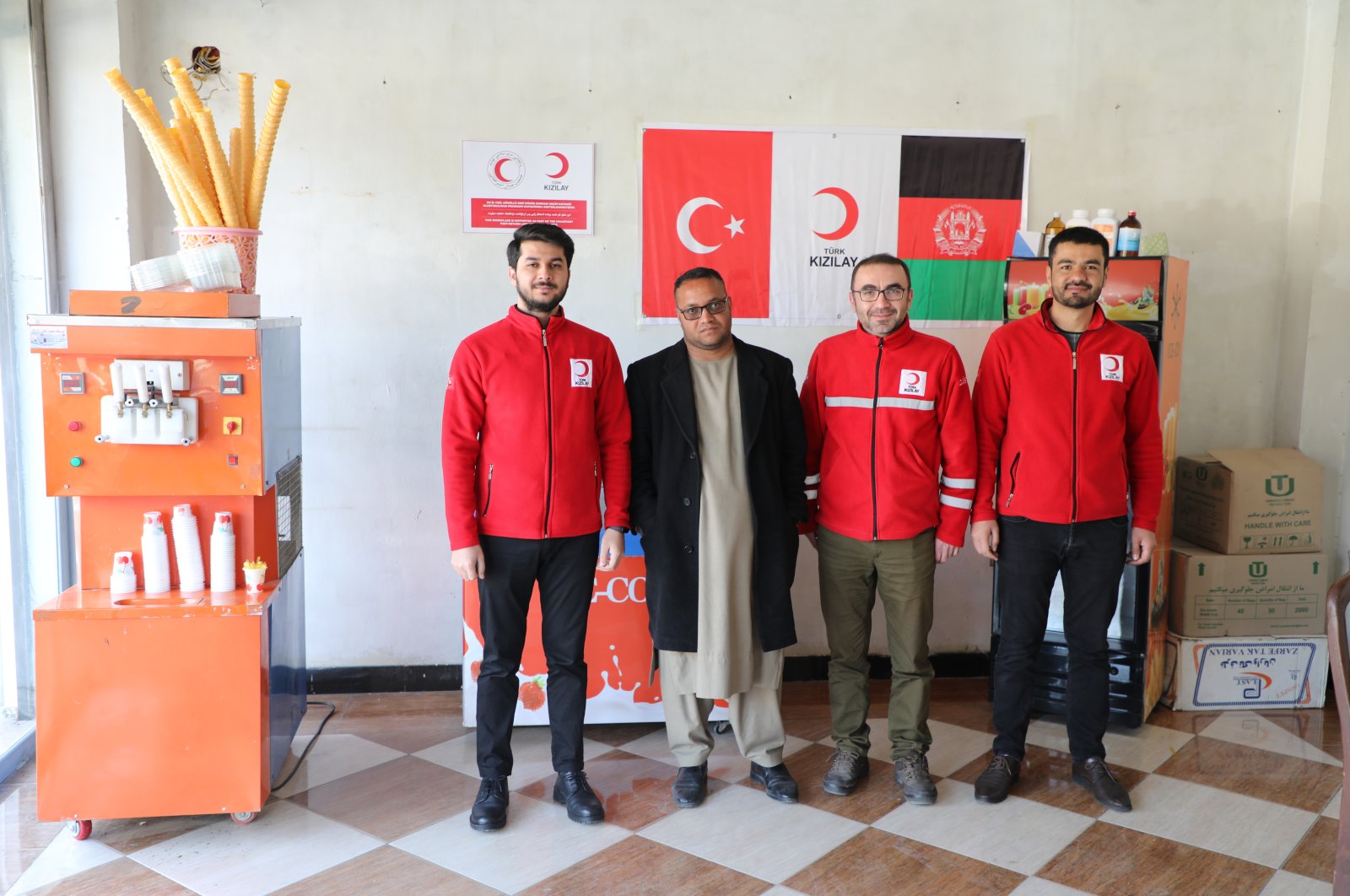 Turkish institutions give a helping hand to illegal Afghan migrants by providing them cash for returning to their home country.

The Directorate General of Migration Management said Tuesday on Twitter that 44 Afghan migrants voluntarily left Turkey to their home with a joint Project of Turkish and Afghan Red Crescents.

Within the scope of Turkey’s Voluntarily Return Mechanism, irregular migrants are provided with safe departure and cash to facilitate their readoption into society in their home countries.

As one of the examples of the project, an ice cream shop was opened by returnees with the cooperation of the Directorate General of Migration, the Turkish embassy in Kabul and the Afghanistan Ministry of Refugees and Repatriation.

Speaking at the opening ceremony, Farid Ahmet Ziya, head of the Turkish Red Crescent delegation in Afghanistan, said that the institution is glad to open 61 stores within the scope of creating a livelihood for returnees.

He said that they provided all equipment and materials and prepaid five months of rent in advance to support Afghan migrants who returned to their home country.

Farhad Yakubi, one of the returnees, said he decided to leave the country and reached Turkey through Iran due to economic difficulties that occurred after his brother and father were killed in a bomb attack in Kabul.

He noted that he was informed about the project and immediately applied.

“I am glad to have a job now and don’t want to go again to Turkey for work,” he told Anadolu Agency (AA).

Turkey has been a key transit point for irregular migrants aiming to cross into Europe to start new lives. According to Interior Ministry figures, Turkey hosted 4.2 million refugees in 2017. The number reached 4.9 million in 2020, of whom 3.6 million are Syrians. Security forces held 1.2 million irregular migrants and over 27,000 human traffickers between 2015 and 2020, according to the statistics.