Women mark their day with fight against outbreak in Turkey 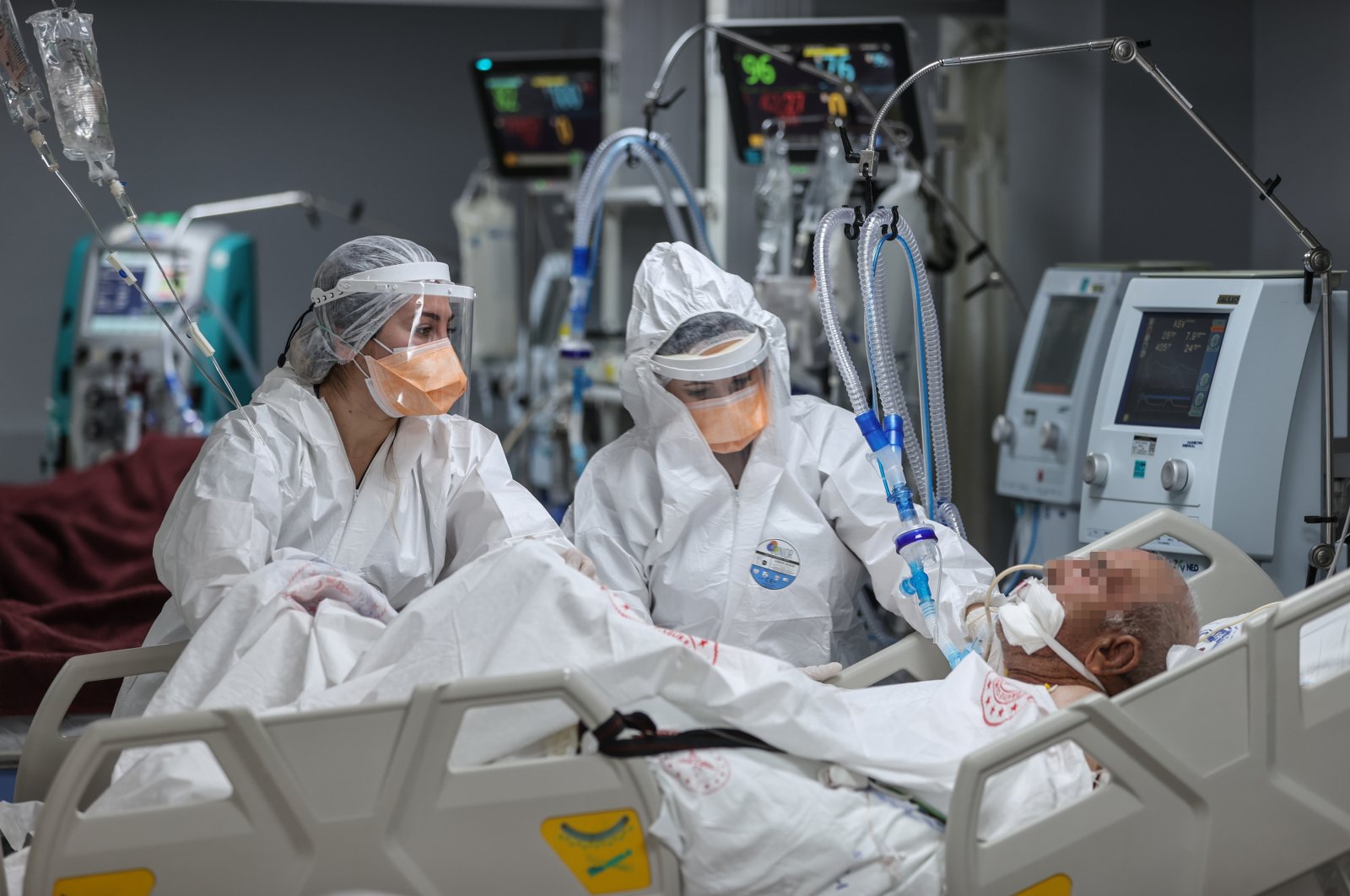 Turkey’s health care army remains the nameless and mostly invisible heroes of the struggle against the ongoing COVID-19 outbreak. Indeed, they are barely recognizable in head-to-toe protective personal equipment (PPE) and masks they have to wear. As the world marks International Women’s Day, female health care workers find the recognition they deserve and express pride in helping the country in this daunting task. Be it attending to patients at hospitals, tracking down positive patients by going door to door, or walking on snow-covered roads to reach villages for inoculation, their work is vital.

Nurse Halise Akay has seen the worst side of the pandemic. She was infected with the virus and witnessed hundreds of patients succumbing to the disease or fighting back against the pain it inflicted. Akay works at Istanbul's Sancaktepe Şehit Prof. Ilhan Varank Training and Research Hospital, which has been among the busiest catering to COVID-19 patients since the first cases were reported last year.

Akay was infected last April and found herself on one of the beds on which she had attended to her patients. "It was very difficult," she recounts the five days of her painful battle against the disease. "I was alone in the room with no visitors. But I am glad to recover from it without infecting my family," she told Anadolu Agency (AA) Monday. Akay now works in the vaccination unit of the hospital.

The veteran nurse says she feels bad especially for elderly patients who suffer from the disease worse than others. "They can’t do anything on their own. You have to be there for them all the time. I am a professional but sometimes, emotions get the better of you and you feel like your own father or mother can be there one day," she says. Being a woman in this process is an advantage, according to Akay. "We have this inherent instinct to fight. Certainly, you can get emotional at times but women are better than men in terms of thinking about more than one aspect of anything," she says.

Mehtap Kocatürk works at the radiology department of the same hospital and sums up 2020 as a year of extreme caution. "We did everything to protect ourselves and our loved ones," she says. Kocatürk says she offered her husband, a former cancer patient, to live somewhere else, to protect him. "But he refused. He told me he cannot leave me while I am fighting," she says.

Kocatürk previously worked at Prof. Dr. Feriha Öz Emergency Hospital, one of the first purpose-built hospitals for the pandemic in the city. Despite all measures, she and her husband contracted the virus last November. "He suffered lightly but it was worse for me. I had pains in my joints, headache and fatigue. But, I was scared most for my loved ones. I am in a risky line of work and the possibility of harming people around us worries me," she says.

Kocatürk added women are more thoughtful when it comes to such risky issues. "We think more comprehensively against things happening around us. We worry more but we also have more caution," she says. But this takes an emotional toll on them too, Kocatürk says.

In the southeastern province of Diyarbakır, women health care workers feel exhausted, a little ahead of the first anniversary of COVID-19’s foray into Turkey on Mar. 11. Neriman Baran Akıllı, an intensive care nurse at Gazi Yaşargil Training and Research Hospital, says she had to fight the outbreak and the challenges it brought to her life.

The mother of two says the pandemic separated her from her children and work extra hard to help the patients. Shifts for health care workers were extended amid the pandemic while most are forced to self-isolate at home or stay elsewhere after ending their shifts to prevent infections. "As a woman, a mother, it was difficult for me but I managed to overcomethe situation," she says.

On Women’s Day, Akıllı says the only thing she wanted for women in Turkey was "getting the value they deserved." "I want a country where women are not killed, where they are valued," she says.

"My parents were hospitalized for the coronavirus while I was caring for other people’s parents here. But I am not daunted and will keep working, no matter how difficult it is," nurse Leyla Vatanoğlu says. Vatanoğlu works at a medical center serving COVID-19 patients in the eastern province of Van, more than 1,700 kilometers (1,056 miles) from her hometown Izmir, where her parents live.

"I lost my colleagues, my relatives to coronavirus. We have seen emotional breakdown of patients and families of patients who died. My parents were infected three months ago and I could not be there for them," she recounted. "The patients here needed me and I found a morale boost in patients who recovered," she says.

Outside hospitals and clinics, women staff contact-tracing crews, a new health care job amid pandemic where health care workers trace and monitor those who came into contact with COVID-19 patients and patients who are in self-isolation at home.

Habibe Boyacı, originally a dentist, works with a four-woman contact-tracing crew in the southwestern province of Muğla, where the number of cases is high. As she sweats under cumbersome protective equipment they are required to wear, Boyacı visited houses of patients on International Women’s Day. She does not complain and has little to ask.

"We only want people to be careful about the rules for protection against the outbreak. Wear a mask and keep your distance from others," she told Ihlas News Agency (IHA). Sevgi Dutağacı, another member of the crew, says the day is actually "the day of women laborers" and they join others toiling away in various fields across the world. "People can ease our burden a little if they follow the rules," she says.