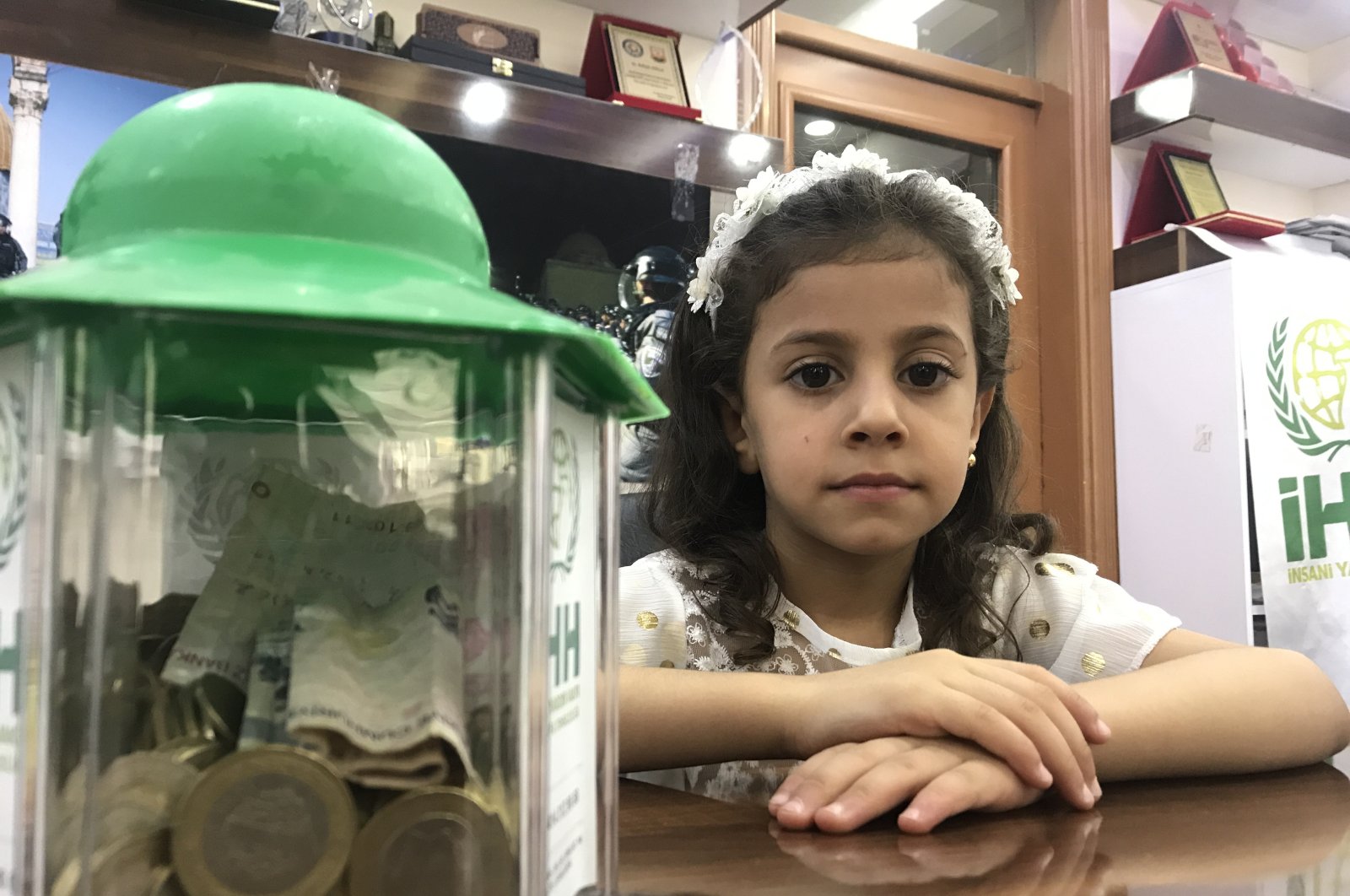 Even though they themselves depend on the donations of others, a group of orphaned Syrian children living in Turkey decided to send what they could to help the victims of the floods and forest fires that have gripped Turkey since last month.

Five-year-old Zainab al-Tahhan, one of the Syrian orphans living in southeastern Şanlıurfa province, took her piggy bank to the Humanitarian Relief Foundation (IHH) to support the Turkish people who suffered in the recent natural disasters. Another nine children being cared for at the province's Damascus Orphanage were impressed by al-Tahhan's exemplary behavior and donated their savings to the foundation too. The generous children managed to collectively donate nearly $236 (TL 2,000) to the victims through the foundation.

Speaking to Anadolu Agency (AA), another donor, Dujana Bunni, said he was very upset when he saw the news of the fires and floods on television. Expressing that he wanted to do a small gesture for the Turkish people who have been supporting them for years, Bunni said: "I sent my penny bank through the foundation to help people affected by the fires and floods. Get well soon, Turkey."

Behçet Atila, head of IHH Şanlıurfa, thanked the children for their support and contributions, adding that the moving gesture had made them very emotional, but happy.

Floods caused by heavy rains hit the Black Sea region in the north last Wednesday, leaving 77 people dead in the provinces of Kastamonu, Sinop and Bartın. They left widespread destruction in their wake, especially in Bozkurt and Ayancık districts in Kastamonu and Sinop respectively. The country also battled forest fires in the southern regions between July and August. The fires killed eight people and left many homeless in Antalya province.

Turkey currently hosts nearly 4 million Syrians, making it the country that hosts the most refugees in the world. It is also providing protection and humanitarian assistance to nearly 6 million people in northern Syria.