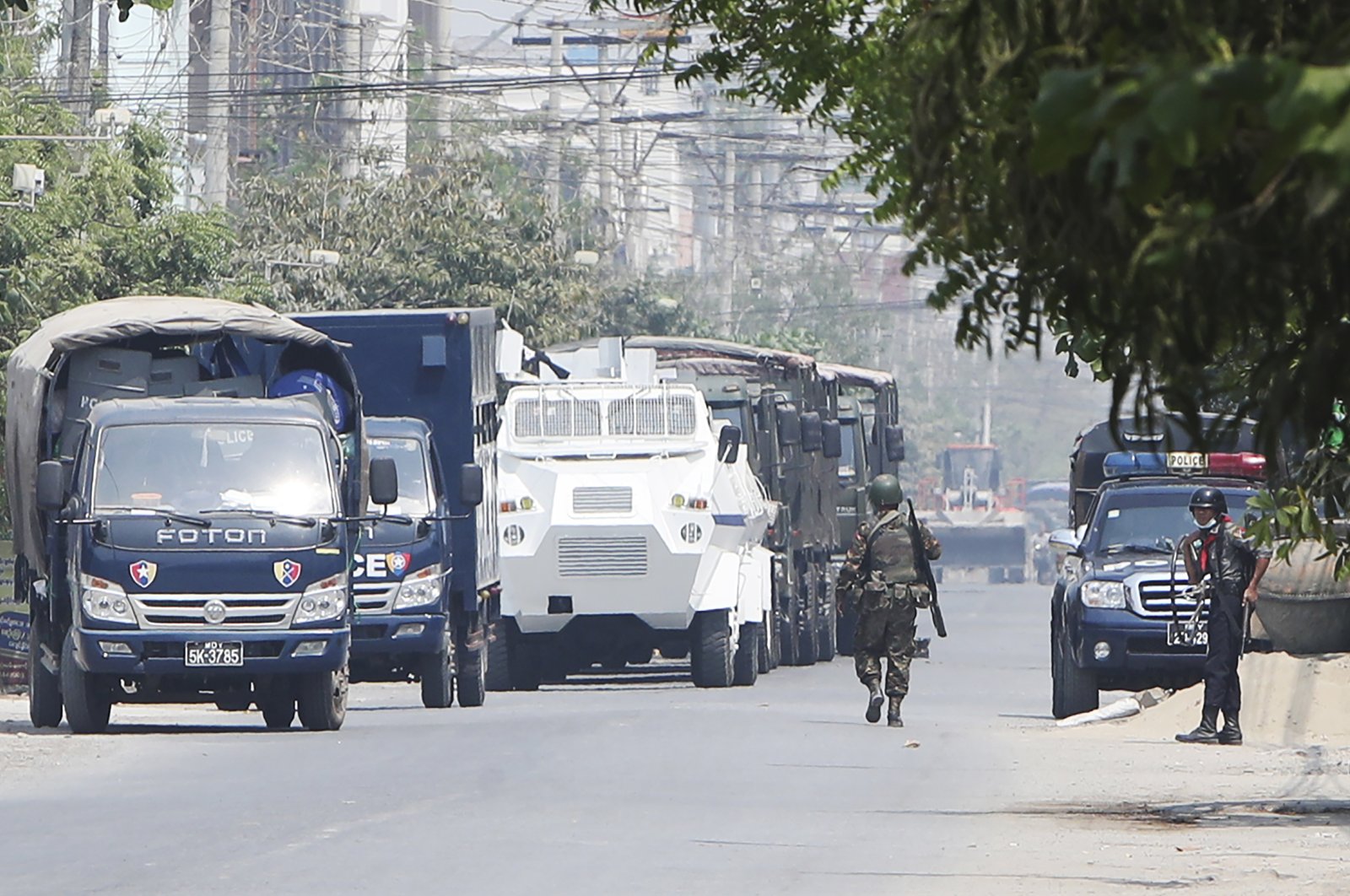 The U.N.'s chief said in a report published on Monday that the coronavirus pandemic led to a rise in gender-based violence last year and combatants continued to use sexual violence "as a cruel tactic of war" and political repression in a number of countries.

The report focused on 18 countries where the U.N. said it has obtained verified information. It lists 52 parties "credibly suspected” of responsibility "for patterns of rape or other forms of sexual violence” in conflicts on the agenda of the U.N. Security Council. Over 70% of the listed parties "are persistent perpetrators,” it said.

The majority of those on the U.N. blacklist are "nonstate actors” – opposition, rebel or terrorist groups linked to Daesh or al-Qaida. National military or police forces on the list, including Myanmar’s military and border guard, are barred from participating in U.N. peace operations until they adopt time-bound commitments to cease violations.

The "blacklist” also includes government and police forces in Congo and South Sudan; government forces and intelligence services in Syria; armed forces and rapid support forces in Sudan; and army and police in Somali and forces in its Puntland region.

Countries with nonstate actors on the list include Congo with 20 groups; Central African Republic with six; Mali with five; South Sudan and Syria with four each; Sudan with two; and Iraq and Somalia with one each.

"Sexual violence was employed as a tactic of war, torture and terrorism in settings in which overlapping humanitarian and security crises, linked with militarization and the proliferation of arms, continued unabated," U.N. Secretary-General Antonio Guterres said.

In Ethiopia’s Tigray region where conflict broke out in November between the government and the Tigray People’s Liberation Front, Guterres said more than 100 rapes had been alleged.

"There were also disturbing reports of individuals who had allegedly been forced to rape members of their own family under the threat of imminent violence, of women who had been forced by military elements to have sex in exchange for basic commodities, and of sexual violence being perpetrated against women and girls in refugee camps,” he said.

Sexual violence was also reported in Myanmar's armed ethnic conflicts, Guterres said, citing involvement of both the Tatmadaw security forces and ethnic rebel groups in Rakhine, Chin and Shan states. The report covered events during 2020, before the military took over Myanmar's government on Feb. 2 and began a violent crackdown on opponents of its actions.

The secretary-general said restrictions on movement related to the COVID-19 pandemic and limited economic opportunities for women also "increased the risk of trafficking and sexual exploitation,” he said. The pandemic led to an increase in child marriage in Iraq, Syria and Yemen, and to "survival sex,” he said.

In the West African nation of Cameroon, Guterres said reports indicate 24 women were allegedly raped during a military operation involving separatists in February 2020, an incident that wasn’t disclosed until July.

"In the Central African Republic, pre-electoral violence flared up, exposing women and girls to threats and heightened risks of sexual violence,” he said. "In Burundi, women from opposition parties faced targeted intimidation, threats and arbitrary detention during the electoral period.”

In Sudan, livestock grazing routes "were a flashpoint for sexual violence, in particular incidents of rape and gang rape linked to conflicts between farmers and herders,” the secretary-general said. "Similarly, in Somalia, clan-based attacks intensified as a result of land-related disputes fueled by the socioeconomics impact of COVID-19.”

Intercommunal rifts intensified in South Sudan, where a significant number of perpetrators were members of civil defense groups, and in Congo, "where conflict was linked to disputes over natural resources and armed groups used sexual violence as a tactic to dehumanize and displace populations,” Guterres said.