‘This is genocide’: Ethiopia attempts to erase Tigrayan ethnicity 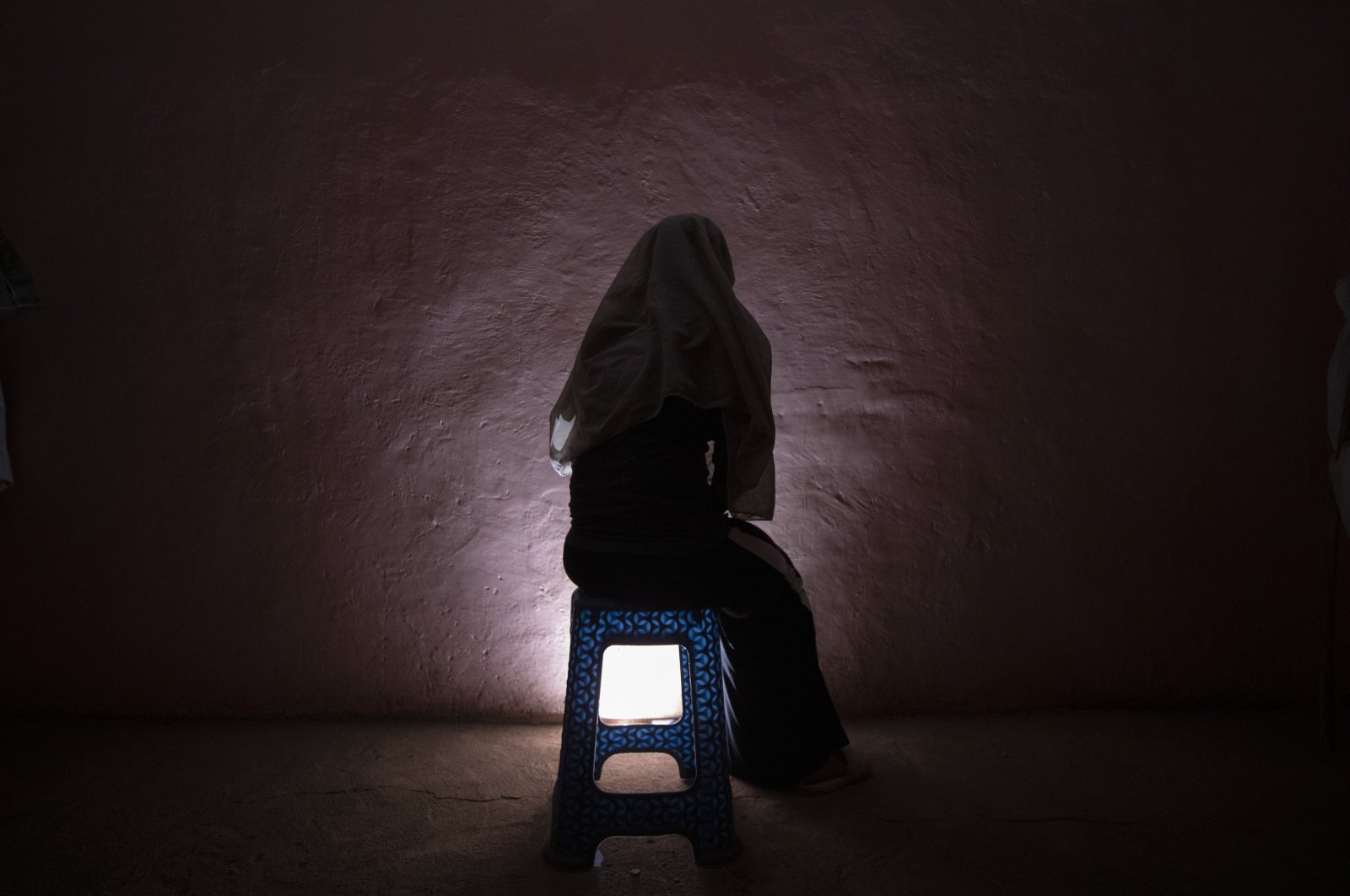 A Tigrayan refugee rape victim who fled the conflict in Ethiopia's Tigray sits for a portrait in eastern Sudan near the Sudan-Ethiopia border, on March 20, 2021. (AP Photo)
by ASSOCIATED PRESS
Apr 07, 2021 11:53 am

After months of heavy fightings between Ethiopian forces and Tigrayan leaders, people who thought they fled the most horrible nightmare in their lives have found another one.

The atrocities have been seared into the skin and minds of Tigrayans, who shelter by the thousands within sight of the homeland they fled in northern Ethiopia. They arrive in heat that soars above 38 degrees Celcius (100 degrees Fahrenheit), carrying the pain of gunshot wounds, welts on beaten backs. Less visible are the memories: Dozens of bodies strewn on riverbanks. Fighters raping a woman one by one for speaking her own language. A child, weakened by hunger, left behind.

Now, for the first time, they also bring proof of an official attempt at what is being called ethnic cleansing in the form of a new identity card that eliminates all traces of Tigray, as confirmed to The Associated Press (AP) by nine refugees from different communities. Written in a language not their own, issued by authorities from another ethnic group, the cards are seen as the latest evidence of a drive by Ethiopia and its allies to destroy the Tigrayan people.

The Amhara authorities now in charge of the nearby city of Humera took Seid Mussa Omar’s original ID card displaying his Tigrayan identity and burned it, the soft-spoken nurse said. His new card examined by the AP, issued in January, displays the Amharic language, an Amhara stamp and a border of tiny hearts.

"I kept it to show the world,” Seid said. "This is genocide ...Their aim is to erase Tigray.”

What started as a political dispute in one of Africa’s most powerful countries has turned into a campaign against minority Tigrayans, according to AP interviews with 30 refugees in Sudan.

The Ethiopian government of Nobel Peace Prize winner Abiy Ahmed is accused of teaming up with Abiy’s ethnic group – his mother was Amhara – and soldiers from neighboring Eritrea, long an enemy of Tigray’s now-fugitive leaders, to punish around 6 million people.

Ethiopia claims life in Tigray is returning to normal. But the refugees said abuses still occur. Almost all described killings, rapes and the destruction of crops that without massive food aid could tip the region into starvation.

For months, Tigray has been largely sealed off from the world, with electricity and telecommunication access severed, leaving little to support claims that perhaps tens of thousands of people have been killed. U.S. Secretary of State Antony Blinken asserted last month that "ethnic cleansing” has taken place in western Tigray, marking the first time a top official in the international community has openly described the situation as such. The term refers to forcing a population from a region through expulsions and other violence, often including killings and rapes.

Refugees said Amhara authorities have taken over communities and ordered Tigrayans out. Goitom Hagos from Humera, told the AP he saw thousands of Tigrayans loaded into trucks and doesn't know what happened to them. Some Tigrayans were ordered to accept the Amhara identity or leave, refugees said.

The Tigray conflict began in November as a political clash of past and present. Tigray leaders had dominated the country’s government for nearly three decades, creating a system of ethnic-based regional states. But Abiy took office in 2018 and moved to centralize power. He sidelined the Tigray leaders and made peace with Eritrea, earning a Nobel Peace Prize. The defiant Tigray leaders viewed the central government as illegal after last year’s election was delayed, and held their own vote.

The government opened a military offensive, saying Tigray forces had attacked a military base. Witnesses say Amhara and Eritrean forces essentially split much of Tigray between them. Ethiopia says it rejects "any and all notions and practices of ethnic cleansing.” An Amhara regional spokesperson refused to comment. The killings continue.

In early March, 30-year-old Alem Mebrahtu attempted a crossing of the Tekeze river between the parts of Tigray under Eritrean and Amhara sway. Separated from her children in the conflict, she had heard they were in Sudan.

About 50 bodies were strewn near the riverbank, she said.

"Some were face-down. Some were looking up at the sky.”

Exhaustion pressed deep under her eyes, she started to cry. Reluctantly, to protect herself, she is trying to learn Amharic. "Their aim is to leave no Tigrayan,” she said.

The refugees said rapes are also widespread. One woman said when she returned to her looted home in Humera, she was seized by militia members speaking Amharic. She asked them to speak Tigrinya, and they attacked her.

"Claim to be Amhara and we’ll give you back your house and find you a husband,” the men said. "But if you claim to be Tigrayan, we will come and rape you again.” She is now pregnant. The AP doesn't name people who have been sexually abused.

The United Nations has said more than 500 rapes in Tigray have been reported to health care workers. But armed groups have destroyed most of Tigray’s health centers, leaving little help. And there is more pain to come.

Almost every refugee described a worrying shortage of food. Most saw crops being looted or burned. Kidu Gebregirgis, a farmer, said the Amhara harvested around 5,000 kilograms (5.5 short tons) of sorghum from his fields and hauled it away, a task that took two weeks. The conflict began shortly before the harvest in the largely agricultural region. Now the planting season approaches. "But there is no seed,” Kidu said.

"There’s nothing to start again.” Tigrayans who passed through rural communities described starving people, often elderly, begging outside churches. Sometimes they did, too. Again, ethnicity was crucial. Belaynesh Beyene, from Dansha, said she made sure to speak Amharic when approaching homes in western Tigray for food. Ethiopia, under international pressure, has said food aid has been distributed to more than 4 million people in Tigray. Refugees disagreed.

Maza Girmay, 65, said she heard food was being distributed, so she went to the government office in Bahkar to inquire. "They told me, ‘Go home, you’re Tigrayan,’” she said. The rejection brought her to tears.

A colonel with the Tigray fighters, Bahre Tebeje, worried that starvation will kill more people than the war itself. Tigrayans are still arriving daily at the border post where Sudanese soldiers watch a no man’s land. One recent evening, the AP saw three approaching. In Sudan, the Tigrayans are registered and asked for their ethnicity. For once, they are free to answer.